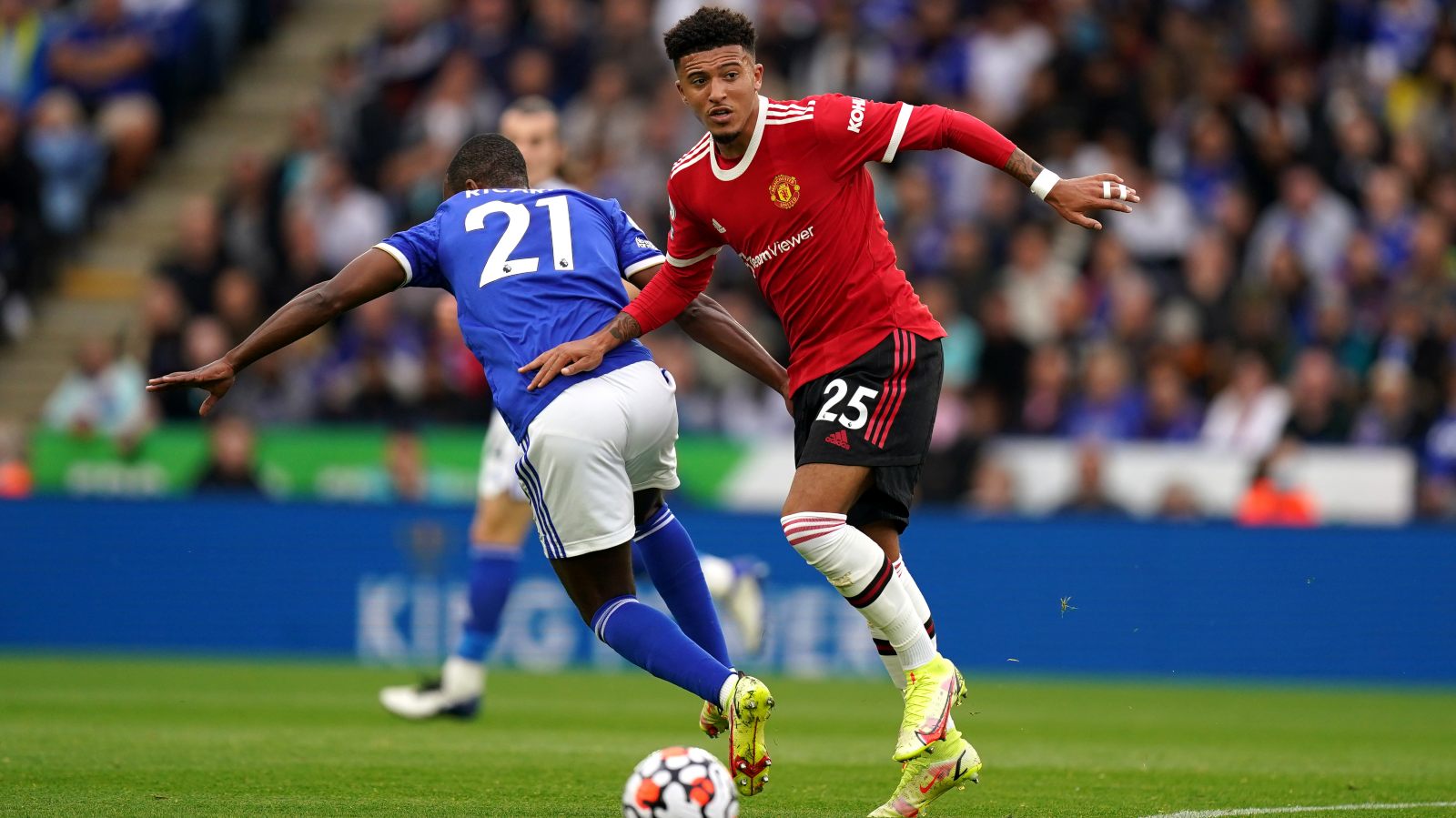 The Manchester United and Leeds wingers are both three short of Emmanuel Dennis’ nutmeg count. Sancho has little else to play for this season, so he might as well go for it.

10) Marc Cucurella (Brighton) – 7
Even if Brighton fans aren’t allowed to shout ‘Shoooooot!’ anymore, they still have the pleasure of watching the luscious-locked Spaniard do things like this…

9) Wilfried Zaha (Crystal Palace) – 8
The Palace winger has eight assists but defenders have robbed him plenty of times too. Zaha has been dispossessed 114 times, 22 times more than any other player.

Zaha ‘bullied’ Arsenal defender who ‘couldn’t get near him’ – Pundit

8) Sadio Mane (Liverpool) – 8
The Liverpool star may only be eighth on this list but he can console himself with the best dribble success rate (58.6%) of the 10. Which is probably of greater interest to Jurgen Klopp…

7) Diogo Jota (Liverpool) – 8
More than a quarter of the 31 players dribbled past by Jota in the Premier League this season have suffered the indignity of being megged. But arguably his best came in the FA Cup…

The nutmeg by Diogo Jota 🤭

6) Said Benrahma (West Ham) – 8
The West Ham winger is yet to convince David Moyes of his consistency but Benrahma has been stealing souls for ages. “He could nutmeg a mermaid,” said Brentford B assistant coach Sam Saunders in 2020…

The Brentford playmaker gets his second of the night and it is a beauty ⚽️ pic.twitter.com/MFLzLyvlQX

5) Joao Cancelo (Man City) – 8
The City star has had more opportunities than anyone to increase his megs quota, with Cancelo enjoying 510 touches of the ball more than anyone else in the Premier League this season.

4) Francisco Trincao (Wolves) – 13
The Wolves winger has struggled in his first year in the Premier League but he has managed a nutmeg for every 93 minutes played this season.

3) Jadon Sancho (Man Utd) – 14
Bundesliga defenders were thrilled to see the back of Sancho, so often were they left looking at the back of Sancho last season, 16 of them after he’d slipped the ball between their legs. The £72million winger needs to ruin just two more defenders’ day to equal last term’s mark.

2) Raphinha (Leeds) – 14
Only two players have dribbled past a higher number of players than the 64 poor souls left choking on Raphinha’s dust. One of them being…

1) Emmanuel Dennis (Watford) – 17
Watford are the Premier League’s best when it comes to nutmegs. The Hornets have completed 48 this season, six more than second-placed Wolves and 14 more than Man Utd in third. There are 65 players who know how it feels to be dribbled past by Dennis – only Allan Saint-Maximin has dribbled past more. Many more. One hundred and sixteen to be precise.