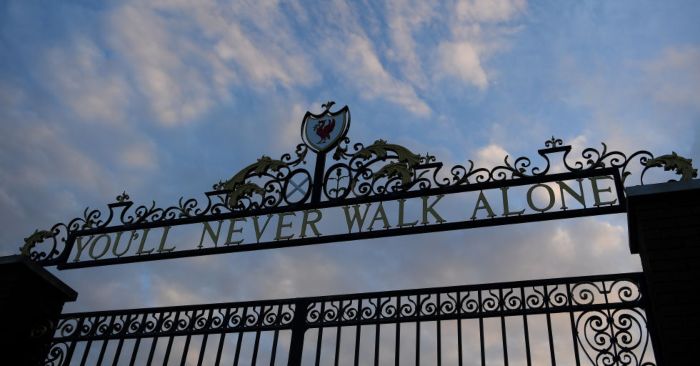 Liverpool – You’ll never walk alone
It took an ethereal institution with a proud comprehension of community and an unparalleled understanding of its working-class roots to witness the furore generated by the actions of those before them and, after careful consideration, decide to follow in those sh*t-stained footsteps.

There have already been attempts at justification. The European champions are at least topping up the relevant wages to ensure the individuals in question will receive full pay for the next few months, if not longer. How gracious of them. But the seventh-richest club in world football, who announced profits of £42m just over a week ago and paid agent fees of £43m last year, have made a mockery of a scheme designed to protect small business and employees.

Rough calculations suggest Liverpool will save around £1m by using taxpayer’s money to cover 80% of the wages of chosen staff. It is a comparatively tiny price to pay for a considerable reputational cost.

It is also a horrible misjudgement of the situation from owners FSG. Jordan Henderson has, by all accounts, led the concerted Premier League effort to support those in need, while Jurgen Klopp has spoken wonderfully and empathetically about the situation before. Both have played key roles in helping reestablish a culture of togetherness and solidarity that encapsulate Liverpool.

Yet ‘this means more’ means nothing and You’ll Never Walk Alone will forever sound hollow and vacuous without a mea culpa, a volte-face and perhaps one more phrase derived from another language that translates as ‘yeah, we done f**ked right up’. Liverpool were supposed to be different; Manchester City, Leeds and Aberdeen are among those who have already helped that mask slip.

Everton – Nil satis nisi optimum (Nothing but the best is good enough)
Issuing an apology as grovelling as the sort that tends to follow the decision to host a sex party despite a state-enforced lockdown during a global pandemic, Everton were hilariously “sorry we spoiled so many weekends” by not consulting fans over their first badge redesign in 13 years. The new crest was “modernised” in 2013 in that it removed the two wreaths that flanked the iconic tower, as well as the club’s motto.

Nil satis nisi optimum had been on the Everton crest since 1938 and its absence was as widely pilloried as its return was welcomed a year later. But its unveiling a month before David Moyes left for Manchester United felt apt, signalling a new era of fiscal waste in pursuit of excellence.

The appointment of Carlo Ancelotti has heralded something of a return to the optimum Everton once lost, but the club of £154.1m for Alex Iwobi, Jordan Pickford, Cenk Tosun, Yannick Bolasie, Davy Klaassen and Oumar Niasse cannot claim that nothing but the best has been good enough at Goodison Park of late.

Aston Villa – Prepared
The jokes wrote themselves when Aston Villa similarly introduced their current badge in April 2016. Eric Black had replaced Remi Garde as interim manager and the club was sliding towards the Championship when the word Prepared was removed from the crest with all the comedic timing of the impeccable Stephen Mulhern diligently hosting a Saturday evening show on ITV2.

It was an inadvertent acceptance of culpability, a decision representative of their relegation in one of the most feeble showings of any Premier League side ever. And their top-flight return has betrayed a lack of organisation not quite as ruinous, but every bit as avoidable. ‘Prepared’ is not a word one would associate with Villa then or now.

Arsenal – Victoria concordia crescit (Victory grows out of harmony)
In 1949, Arsene Wenger was born. A year prior, Arsenal’s final match-day programme of their first title-winning season in a decade coined the phrase that has adorned many of their badges since.

‘My mind seeks an apt quotation with which to close this season which has been such a glorious one for Tom Whittaker, Joe Mercer and all connected with The Gunners,’ editor Harry Homer wrote. ‘Shall we turn for once to Latin? “Victoria Concordia Crescit”. Translation: “Victory grows out of harmony.”‘

Did he have in mind a club plagued by infighting, ineptitude and a captain literally telling fans to “f**k off” while being substituted when speaking of kinship and tranquillity as the foundation for success? It’s not for anyone to say. But also no.

Tottenham – Audere est facere (To dare is to do)
Unless ‘to do’ is to panic, oust your most transformative and popular modern manager, replace him with a polarising and archaic dictator who uses injuries to excuse an inability to devise a coherent plan despite being the third best-paid individual in the world in his role, furlough your non-playing staff at a time of impending doom on the same day your executive chairman is announced to have pocketed £7m in the last financial year, and refuse to ever sign a striker, Tottenham have not much daring in some time.

Mind you, fostering an increasing dependency on Serge Aurier is pretty bloody bold. Maybe this one is actually the most accurate of the entire lot.

"I feel a connection with 'To Dare Is To Do' and tomorrow is a time to give absolutely everything."