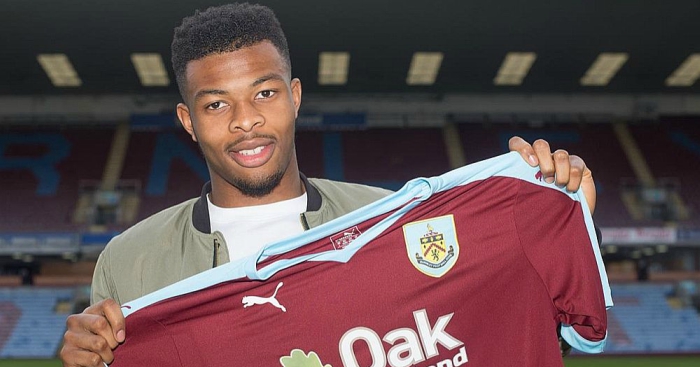 If winning the Nike Academy’s UK trial in 2015 was Taofiq Olomowewe’s second chance, signing a professional contract with Burnley in 2016 must have seemed like the watershed moment he had been waiting patiently for.

Growing up in Hackney, East London, Olomowewe had never ventured beyond playing at schoolboy level, combining a football education with a literal one. It was there that he was picked up by the now defunct Nike-funded youth system in 2015. Three years later, his home is Wealdstone FC in the National League South. The club are 16th in the sixth tier, but beat non-league big spenders Billericay Town on their way to the FA Trophy semi-finals.

It’s never been all plain sailing for the London-born Nigerian centre back. He was initially turned away by the Nike Academy and had to return to studying. He had to watch on from behind his desk as good friend Sean Clare, now at Sheffield Wednesday, earned his big break.

It was only after being spotted by Nottingham Forest that Olomowewe received a second opportunity with the Nike Academy that he was never likely to spurn.

The Academy gave a handpicked group of players under the age of 20 a lifeline in the game, offered another chance to those who had been released by professional clubs or had progressed through UK wide trials. The ‘factory of football’ concept ran between 2010 and 2017, with the goal of providing a stable environment for young players to ultimately win a professional contract.

After a successful ten month-spell at St. Georges Park, the base that provided a conveyor belt of Football League talent including Clare, Tom Rogic and Anfernee Dijksteel, Olomowewe signed for Championship promotion chasers Burnley in 2016. Yet this was no fairytale ending: his momentous rise came grinding to a halt as the Clarets released the centre-half last summer.

Despite admitting he loved his time at Turf Moor, Olomowewe constantly asks himself whether he would have had a better chance of gaining first-team football had he started further down the pyramid.

“I say that to myself now,” he says. “I’ve got a lot of team-mates and friends from before the Nike Academy that may have got pushed on more at their clubs or got loan deals. I think what restricted me also was that we weren’t playing in the U23 league. We had to play friendlies.”

If the fight for competitive minutes at youth level was not already hard enough, there was no guarantee of playing in the U23 Premier League either. Olomowewe had to contend with players frozen out of the first team or recovering from injury, which limited chances for those in dire need.

“I feel in hindsight I could have got more of an opportunity to show them more of what I could do,” said the former Dagenham and Redbridge youth. “I felt restricted in a sense that my game is played in a style where it is very defensive-minded and we didn’t really play our game. We tried to model ourselves on the first team.”

The release from Burnley was inevitable, but his next destination was not. A slew of trials followed at Colchester United, Aldershot Town and Dover Athletic as the search for a new team, a new home became desperate. A combination of bad timing and a lack of competitive games meant few were willing to take the risk.

Few would have blamed Olomowewe for losing faith in the game after turning one too many corners, only to have a door slammed in his face. But the 21-year-old opted not to step away from the game; he simply chose a different path.

“The more rejections I got the harder it was. I know my ability and I believe in my ability but there was a point where I had to realise my worth. I took a back seat and just said to myself: ‘Stop going into places half-hearted and full of emotion.’”

The drop into non-league was never part of the grand plan, but for a player who had ever so briefly tasted the big time, the move to Wealdstone last October – via a brief stop at Malden & Tiptree – offered that most rare of commodities: sustained football. It “became a job”, but that was the focus Olomowewe needed.

“All your life you’ve done it as a hobby and you’ve always wanted to be a professional footballer but when it becomes a job it’s a different thing entirely. Men’s football, especially in non-league, if you don’t pull your weight then you’re not just getting it from the manager or yourself – you’re getting it from everyone, team-mates, the fans, the chairman. These are people who have to feed their kids. That’s when it became a job.”

The West London club have a rich reputation of bringing through players. Jermaine Beckford and Britt Assombalonga are among the alumnis, while Ciaron Brown and Abo Eisa will hope to emulate their success after leaving for Cardiff City and Shrewsbury Town respectively this January.

As ever with Olomowewe, life at Wealdstone has not been simple. Joining the club three months into the season provided all new challenges, and competing for places against settled players with an advantage in both age and experience has been a sharp learning curve.

“In non-league you are still regarded as young even into your early twenties. The older players are people who have maybe played in the league or players who have been at this level since they were 19-20 years old.

“Now they’re in their mid-to-late twenties and are not really going to get dropped by their manager for a young 21-year-old coming from an academy set up.”

That will not stop Olomowewe, one of a growing number of players who have dropped down to this level to focus on football full-time.

Wealdstone may be 16th, but their FA Trophy run provides hope. They have at least two games in hand on every other team in the division, and up to five in some cases. A late charge for the play-offs is not out of the question.

For Olomowewe, that would merely be one step closer to his goal of returning to the Football League. His next ascent up the football ladder will not be as sudden or dramatic as his first, but it will be just as hard-earned.