Home F365 Features Premier League numbers and stats: the best and the worst 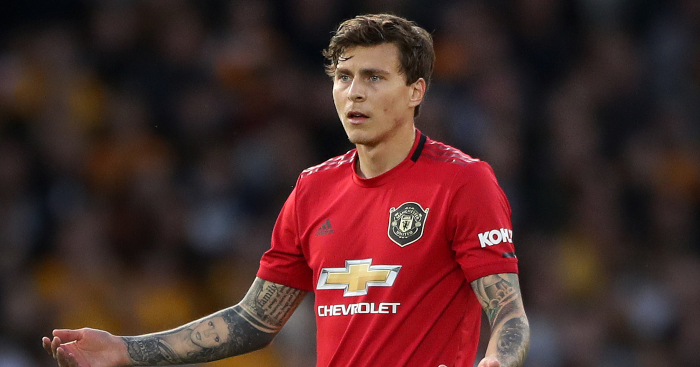 Who makes more tackles than Aaron Wan-Bissaka? Who is dribbled past less than Virgil van Dijk? Here are the Premier League stats leaders and losers of the season. The numbers are an average per 90 minutes and players must have made a minimum of 15 appearances to be included. Only certain positions have been included for certain stats because Alisson having no shots on or off target isn’t interesting to anyone.

Most: Gabriel Jesus – 2.2
Most of them must have been straight at the keeper as he should been the Premier League’s top scorer, but didn’t come close.

Least: Dominic Solanke – 0.3
Three goals in Bournemouth’s last four nearly kept them up to be fair. Just one in his first 28 may also have helped.

Shots off target (midfielders and forwards)

Least: Mesut Ozil – 0.1
Surprising he managed that much really.

Most: James McCarthy – 4.4
Aaron Wan-Bissaka is seventh, but does have a far better success percentage than McCarthy (86% : 70 %) and everyone in the history of the Premier League (unverified).

Least: Tyrone Mings – 0.5
Not necessarily a bad thing, Virgil van Dijk makes 0.6 per 90 minutes. For Mings it might be a bad thing.

Dribbled past (defenders and midfielders)

Most: Sofiane Boufal – 3
Not sure if this shows desire or laziness? He fouls more than he’s fouled (2.4).

Most: Jack Grealish – 4.6
Graeme Souness claims Grealish is the most fouled player because “he holds on to the ball for too long”. Did he really want him to pass to one of his teammates? That sounds like a recipe for relegation.

Least: Andre Gray – 0.1
There is very little threat when he’s got the ball, so let him have it.

Most: Federico Fernandez – 6.3
Forced his way into the team at the end of October and kept his place. This is probably why.

Least: Ryan Bertrand – 0.9
Ranks second in crosses and third in key passes for Saints; attacking is more his thing.

Most: Chris Wood – 1.3
Burnley strikers at one and two with Jay Rodriguez (1) also living on the shoulder of defenders.

Least: Roberto Firmino – 0.1
Not really a striker, so this makes sense.

Most: Hugo Lloris – 3.9
A combination of Spurs’ crap defending and Lloris’ resurgence in form.

Least: Kepa Arrizabalaga – 1.6
Ederson (2) and Alisson (2.1) are second and third on this list because they’re not frequently required to make saves. Kepa is, he just doesn’t.

Some Kepa stats this season:

Most: Sofiane Boufal – 4.2
He dribbles pretty much every time he gets the ball.

Most: Michael Obafemi – 5.4
Michy Batshuayi is second with 5.2, which is one of many reasons he is not as good as…

Least: Olivier Giroud – 1.3
Criminally underrated. Will probably find himself back on the bench next season.

Most: Sofiane Boufal – 5.4
Here he is again, the champion of the undesirable stats.

Least: Conor Coady – 0.6
Doesn’t win many either (0.9) as three centre-backs spreads the load.

Most: Trent Alexander-Arnold – 1.5
More than makes up for Liverpool’s lack of midfield creativity. Second in our top ten Premier League players of the season.

Least: Jetro Willems – 0.1
Makes the most tackles (0.9) of any Newcastle player; attacking is an afterthought for him.