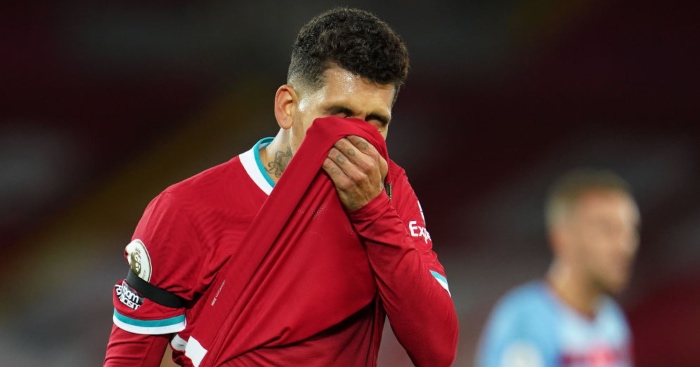 All stats are per 90 minutes. Players must have made at least four Premier League appearances and played over 200 minutes for inclusion. Only certain positions have been included for certain stats because Alisson having no shots on or off target isn’t interesting to anyone. Thanks to WhoScored for the numbers.

The top Premier League goalscorer has the most shots on target. Makes sense.

He also shoots the least often (1.5) of any striker in the Premier League. Change is afoot.

Shots off target (midfielders and forwards)

Two goals but will need many more if Fulham are to avoid the drop.

Bit of a surprise given his proclivity for pot-shots from miles out.

Eric Dier not attempting tackles is almost certainly a good thing for Tottenham.

Dribbled past (defenders and midfielders)

Why bother when you’re playing five at the back?

No change out of Cash; no change in Kante.

At least he tops something.

He’s successful 90% of the time he tackles. No need to foul.

The Crystal Palace man pips perpetually stymied Jack Grealish (4.2) to top spot. Must be “holding onto the ball too long”.

West Brom didn’t lay a glove on him.

One of may reasons he made our top ten players of the season so far.

David de Gea has the second lowest on 55%. How bad does he need to be for Dean Henderson to get a game?

No goals; no assists. The end product dubiety is just around the corner.

An interesting one this. His last four seasons for Chelsea have all seen his successful dribbles above 2 per 90 minutes. And it’s not as though he’s attempting dribbles that aren’t coming off, he’s successful 100% of the time this season. Limited by Mikel Arteta perhaps?

Loses the ball 11% of the time. Ipso facto, he’s a better dribbler than Mo Salah.

Brilliant, but a bit trampoline-y.

If only he was anywhere near as good at scoring goals as holding the ball up.

The lone striker role at Crystal Palace can be especially lonely at times.

Frank Lampard says his the quality of Tammy Abraham is “never lost” on him. This is one of those key qualities.

Big Andy Carrolll just missed the cut. He’s up at 13.6 but has only played 150 minutes.

You win some, you lose some.

They win 90% and 87% of their aerial duels respectively.

Liverpool play the most short passes per game (609), so this makes sense.

Aston Villa play the third most long passes per game (63) and the third fewest short passes (310), so this makes sense.

Remains a diamond in the rough.

Should be the DM, Lamps.