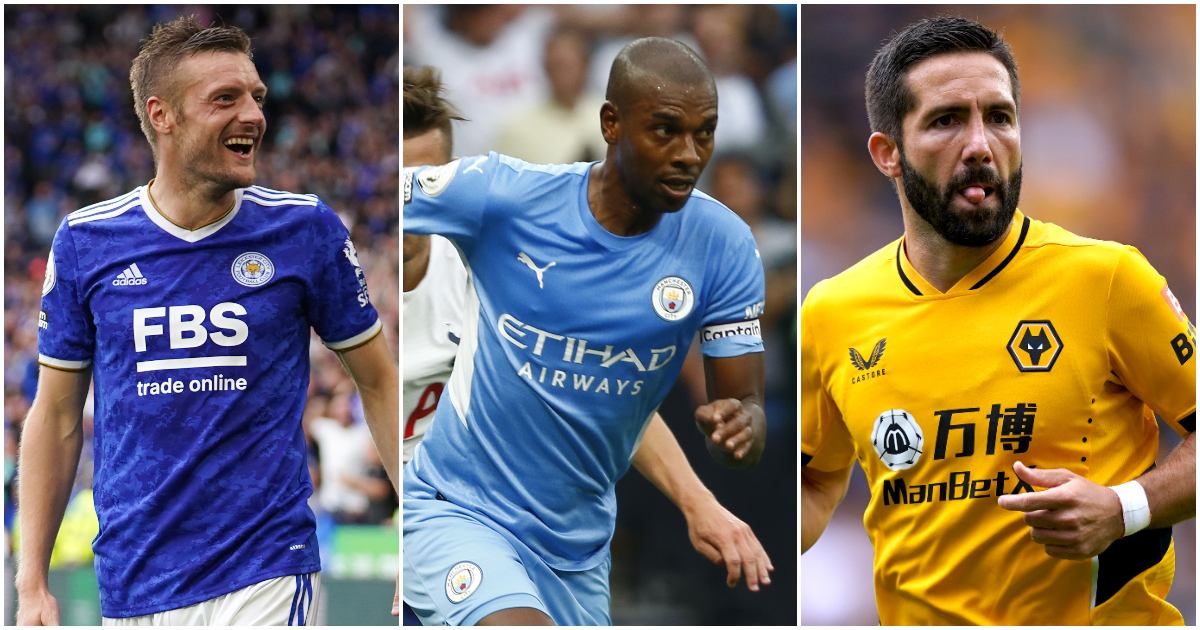 There will be a point at which James Milner is no longer a Premier League player and that is upsetting. Thiago Silva captains these codgers.

We did a younglings’ XI so it would have been remiss not to do the opposite. Same rules apply: only hard one is that they have to have appeared in the Premier League this season and priority is always given to time-ravaged decrepitude unless it was just too silly or too much of a reach. Have to be careful reaching for stuff when you’re as old as these fellas.

Ages given are for most recent appearance.

That’s a… vaguely underwhelming start really, isn’t it? Absolutely no offence to Fabianski, a redoubtable Premier League performer for a great many years. It’s just that 36 is an insufficiently decrepit age for a goalkeeper in an oldies side. He’s not even the oldest player in the team ffs. And the next oldest goalkeepers are utterly unacceptable: Kasper Schmeichel, Hugo Lloris and Vicente Guiata, all of whom are not even 35 yet. These are junior pros.

No age, is it? The baby of the side. Full-backs get through a lot of work these days. Tough for an old boy. At least he’s been playing forever and is still one of the best £60,000 ever spent by a Premier League club having gone past 300 appearances in the competition over the last 12 years.

That’s more like it. A wily old grandmaster of a defender who we reckon is going to add a Premier League medal to his Serie A, Champions League and innumerable Ligue 1 gongs at the age of 37.

Centre-backs, much like policemen, are getting younger these days. Ridiculously, we’ve had to shove Fernandinho in alongside Thiago Silva because a) there are loads of old midfielders to choose from and b) centre-backs are all children now. Thiago Silva remains a noble exception to this rule, but the next oldest actual full-time centre-back to have played Premier League football this season is West Ham’s Angelo Ogbonna – an actual youngster at 33. Can’t have that, so Fernandinho will have to do a job.

Three games into the season and Young has already turned up in three different positions for Villa. Left-back is where he’s generally most likely to be found, though, and – most importantly for our purposes, is where we need him. We have no need for old central midfielders, thank you. We’ve got plenty. As an aside, it’s a lovely thing to see him back at Villa. No great insight or analysis there, it’s just nice is all.

Forced off after 69 minutes of his Premier League debut with a leg injury that reports suggested could keep him out for three months. Returned two weeks later to play a full 90 minutes in a decent Hornets display at Tottenham. Nails. His arrival into the Premier League also makes this yet another representative side that Mark Noble just can’t force his way in to.

He’ll still be in this team when he’s 40. Still doing a job. Still being a self-deprecating light in the dark. One day, though, he won’t be around any more. Sure, the Premier League should still continue. It’s bigger than any one player. But it will never be quite the same.

Not having it that he’s not yet 35. It’s at least 20 years ago that Tottenham nearly signed him that time, surely. Still absolutely purring in that Wolves midfield, though, and those 1-0 defeats are going to be 1-0 wins before too long.

Absolutely no way a player who burst on the scene as a teenaged winger with absurd pace should still be knocking around the division 16 years later but there he was coming off the bench against Leeds, the team where it all began. Lovely.

“In the second half of last season there was a stage when I was playing some of the best football in my career, definitely in the last three or four years. I want to reach those levels again and be successful. It might not be for 90 minutes in every game, but I feel I am as fit as I’ve been for quite a long time.” The Lallana and Bissouma Show is certainly an enticing one for Brighton, who really could be set for a genuinely exciting season.

Edges Edinson Cavani out of this side by a month. Undoubtedly the crowning glory of the most astonishing and unlikely career in English football this century.