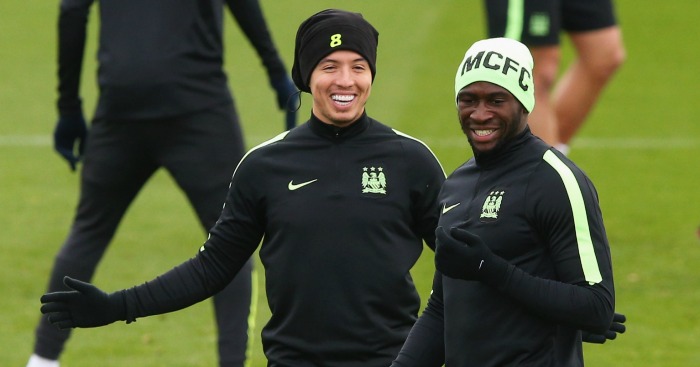 Of the 36 transfers this summer that have involved a) a Premier League club and b) a transfer fee over £10m, just four did not involve a player signing for a club in England’s financially nauseous top flight. Matt Ritchie and Dwight Gayle joined Newcastle, Graziano Pelle followed the yuan to China and Mo Salah made his loan move to Roma permanent. No other Premier League player but Salah has been sold into a major European league for more than the price of a James Tomkins. The inference from those startling figures is clear: English clubs can find no overseas buyers for their unwanted goods.

Whether it’s Baba Rahmann, Clinton N’Jie, Mario Balotelli, Eliaquim Mangala or Joel Campbell, the only option for Premier League clubs who want to trim the fat from their bloated squads is to sell to another filthy rich English club or send players out on loan. The price tags are too prohibitive and the wages too ridiculous for middling clubs in Spain, Germany or Italy to take on our mistakes. Mathieu Debuchy will laugh at the wages available at Bordeaux on a permanent contract, while Valencia could only take Watford’s biggest earner Mario Suarez on a temporary basis. English football has painted itself into a corner using very expensive gloss.

Should Isaac Success or Roberto Pereyra follow Suarez in failing to settle in Herfordshire, then two more £10m-plus signings will be available for loan next summer, along with Borja Baston, Nampalys Mendy and a number of other relatively unheralded footballers who have just seen their wages doubled, trebled or more in England. A decade ago we were astounded that Leeds were still paying Robbie Fowler three years after he had left the club, but that arrangement now barely raises a ripple in an era when Chelsea have 23 players out on loan, with the majority still being largely funded by the club.

Reports in Italy suggest that Mangala’s £60,000-a-week wages are a bigger problem to Napoli than a reported £15m fee. The likely solution? A loan spell with City contributing to his wages. Astonishingly, Stevan Jovetic is still officially a City player, while any temporary exit for Joe Hart will have to be at least part-funded by the club; there is no club willing to pay £135,000 a week to a goalkeeper who stuttered his way through a summer audition tape. Understandably, Bastian Schweinsteiger is reluctant to give up wages in excess of £200,000 a week even if he is about as welcome at Manchester United as a vegan at a barbecue.

The inevitable consequence is ugly squad engorgement that not only gives Marko Marin half a career of Premier League wages but also presumably contributes to Arsene Wenger’s reluctance to spend money, while Chelsea boss Antonio Conte – used to much smaller numbers in Italy – is singing a very similar, exasperated song. Being quoted close to £60m Kalidou Koulibaly can do that to a man, especially when his agent is openly saying that his client wants to leave Napoli for “economic reasons”.

“I don’t like to pay a lot of money. If a player warrants us paying [lots of] money, then it’s right. But for a medium player, it’s right only to pay the right price, not £20m-30m over. That’s not right. The money is not mine, but I don’t like it the same. I don’t find it right,” says Conte, who knows that unless a £50m player from Italy is a roaring success, his economic value to the club is only what an Italian club is willing to pay in two or three years’ time. And the chances are that no Italian club will be willing to match the wages of a player deemed to be ‘worth’ £50m.

It’s not difficult to envisage a future where every Italian and Spanish club contains at least one unwanted, overpaid player on loan from England as the money drowning the Premier League washes detritus onto European beaches. How can English football reverse the trend? The simple answer is that it can’t; which is bad news for finance directors but excellent news for average footballers.