Home F365 Says Players hold all the cards…but how will they use them? 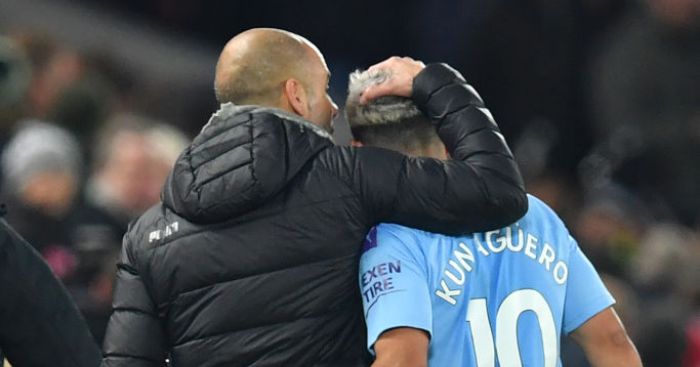 ‘Project Restart’ needs Premier League players to be all in. Those who don’t play will be vilified. Which way will they go?

Some would prefer the season is cancelled so they won’t be relegated and they can hang on to the big money for another season (if there is any money at all). Others fear their relegation will be made more likely by games being played at neutral grounds (as opposed to being caused by being rubbish for most of the season).

The bottom six are against plans to restart and just need one more vote to ensure June’s behind-closed-doors games don’t happen.

More free money from the league, or from broadcasters – or who knows, maybe from a petro-dollar dictatorship’s royal family – will ease these and any other problems. Large portions of sweet, sweet cash will help the bitterest medicine go down. So expect all that fussing and fighting to be resolved with the balm of lucre sooner or later.

But, hey, what about the players? While the clubs argue with each other about if and how to play these last games, without the consent of the players, they may as well not bother.

Yes, if the money is sorted out somehow, clubs will agree to play some games behind closed doors, wherever, whenever and with each player encapsulated inside a transparent ‘Rock ‘n’ Roll Creation’, Spinal Tap-style pod if necessary.

Then they’ll ask the players if they’re prepared to play, I’m sure expecting them to lick desperately at the creamy moolah nipple, the way they always do. They’ll try to railroad them into playing. They’ll say, ‘look we’ve bought all these tests and set this whole thing up for you, so now you have to play because if you don’t, the industry will collapse along with all your huge wages.’

The players hold all the cards here but how will they use them?

Football’s exceptionalism knows few boundaries. Even that famous phrase assigned to Arrigo Sacchi and quoted by many others, “Out of all the unimportant things, football is the most important,” is ironically also an expression of the game’s innate self-regard. Only football would nod sagely and agree that it is top of the unimportant tree and thus, by implication, actually very important. Football as an industry is so in love with itself, it can’t believe it isn’t of the most importance. So of course it must be rushed back into action as soon as possible. It is so missed, so wanted, so axiomatic to life. To not believe in football’s exceptionalism is to not believe in football itself.

We’re told by the FA, by league officials and by managers that no player will be forced to play if they don’t feel safe. But why should players believe that when making their ‘to play or not to play’ decision?

If you won’t play for your club in a relegation scrap, with no fans, at a neutral ground, because you fear for your and your families’ health, do you really think you’ll be treated with universal respect? Of course not. This is football. You will be regarded as a traitor to the cause by enough people to make your life hell. No manager is going to say they’ll discriminate against a player if they won’t pull their boots on, but some silently absolutely will, especially if the games they have to play will determine relegation or survival.

Football’s culture of exceptionalism demands this be the case. It isn’t grown-up or sophisticated; it believes if you’re not all in, you’re all out. Don’t believe the progressive and soothing words spoken in the here and now – they’re easily said, especially by those whose games are inconsequential. But you just wait until it’s a big six-pointer with £200million riding on it and the top striker turns his nose up at playing. It will divide squads and turn players against each other, turn fans against players and turn fans against each other, too.

There is no doubt that some are very wary. Sergio Aguero and others have spoken of being fearful of playing.

Jake Humphrey on Saturday claimed that ‘a manager at a club in the top 10 has told me his players are against playing’. And in that case, it seems likely they are not the only ones.

Players are used to having considerable power and they will not take kindly to being pushed and pulled around like so many pieces of meat. Their compliance should not be taken for granted.

Clearly, how things play out in Germany will be crucial in guiding players’ feelings, but with ten German players already having tested positive during training, and two at Dresden last weekend meaning the whole squad has to be quarantined for two weeks and thus can’t restart, as of yet, it is no obvious source of reassurance.

If that happens or recurs at just a few clubs, it will make the whole idea unworkable. And remember: Germany has a way lower rate of infection than plague-infested England, though as a result of easing lockdown it has started to rise again. It would seem against the law of averages that there will be no Premier League positive tests as players return from all across the world to play these last 92 games, after being subjected to vastly different levels of potential exposure. Three Brighton players have already tested positive. They won’t be the last. And that’s the understandable root of player fear.

Footballers tend to be over-praised and over-criticised in equal measure. But they hold the future of the game in their hands right here, right now. If they won’t play until they feel safe and won’t feel safe until there’s a vaccine, then we might as well light a funeral pyre for the game.

But all of this is a very big deal for lads who just play football to take in. They can’t be expected to analyse spreadsheets or profit and loss accounts and make a decision based on such things. And they won’t. They’ll likely just ask themselves the question any of us would ask: “Do I feel safe?”. If the answer is no, then they won’t play and shouldn’t play. That’s the only way it can be addressed. Yes, it may induce financial Armageddon but that’s better than actual death. Lord knows, football has been criminally neglectful enough down the years to already have many dreadful deaths on its charge sheet; we do not need any more. Football isn’t worth dying for. It’s not worth one single death. Not one. Only football’s exceptionalist spirit would even entertain it, those who might say ‘hey, risk is all around, we’ve just got to get on with life’.

How can a team have, say, 30 per cent of its players at home picking up wages, afraid to play, while the other 70 per cent risk their health by playing and thus keeping money flowing in to pay that other 30 per cent? That is a recipe for antagonism and division. It’s not sustainable. Clubs can’t say to players, ‘just turn up when you feel safe, lads’. So if there isn’t 100 per cent agreement by the players, or very near 100 per cent – and that seems very unlikely – surely there cannot be any games played?

But there is real desperation all through the pyramid now. The Premier League financial model upon which the whole edifice has been built, with its profoundly dysfunctional trickle-down economic philosophy, has created a precipice beyond which is a bottomless drop into a nameless void, and players are going to be asked en masse to stop everything and everyone falling over the edge, at least in the very short term.

Push is coming to shove and unfair as it is on them as people, they’re soon going to have to jump one way or another. Which way will they go?