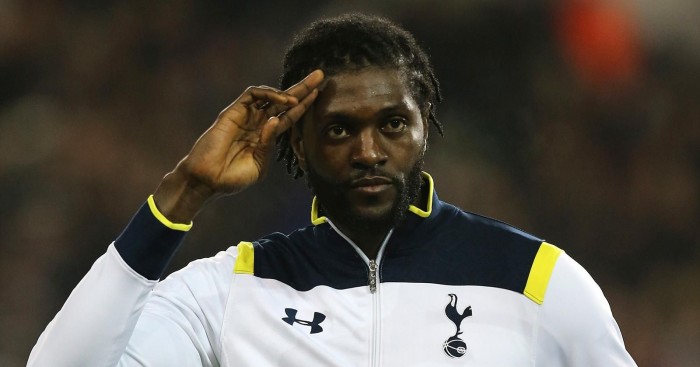 After every Premier League side finalised their squad lists for the coming season, we take a look at the players whose futures are in doubt.

ARSENAL
Mathieu Flamini – Even the graveyard of 30-something Premier League footballers that is Turkey turned down the Frenchman this summer, with Galatasaray snubbing a move. No other potential suitors cropped up, and his 0 league starts in 2015 is unlikely to rise.

Joel Campbell – Why will nobody love Joel Campbell? The Costa Rican is back from Gold Cup duty, but couldn’t even secure his fifth loan move in four years at the club. He did make the squad list, however. Largely because Arsenal have no other strikers.

Charles N’Zogbia – One of 10 players tipped as ‘on borrowed time‘ by this very site, that now looks like quite the understatement. His time is very much up.

BOURNEMOUTH
Ryan Allsop – ‘Promoted’ to third-choice goalkeeper after Lee Camp’s exit. That counts for very little, but he is on their squad list.

Elliott Ward – The only thing going for him is he has the middle name ‘Leslie’. He made just two appearances in the Championship last season.

Junior Stanislas – If a Capital One Cup brace away at Hartlepool doesn’t persuade Eddie Howe to select him in his match day squad, what will?

CHELSEA
Bertrand Traore – When Chelsea loan out 33 players and you aren’t one of them, you’re either a) part of the squad, or b) not. He has been on the bench just once so far this season.

CRYSTAL PALACE
Brede Hangeland – “‘These are very exciting times at Palace,” said Hangeland upon signing a new one-year deal in June. Yeah, but not for you.

Paddy McCarthy – Still played just once in the Premier League over the last two seasons.

Zeki Fryers – Signed by Palace on deadline day last season, he too has made just one Premier League appearance since.

Joe Ledley – “I’m playing in a great league in the Premier League and that’s where I want to be,” said Ledley after links to Cardiff this summer. You aren’t technically ‘playing’, Joseph…

EVERTON
There are no uninjured first-team squad members who have not yet been on the bench.

LEICESTER CITY
Marcin Wasilewski – The 35-year-old has no place in Claudio Ranieri’s sexy new Leicester side.

LIVERPOOL
Mamadou Sakho – If he can’t get a Premier League appearance this season based on the fact he isn’t Dejan Lovren, there is no hope for the £18m centre-half.

Jose Enrique – “I’m happy to stay and fight for my place,” Jose Enrique said on deadline day. He’s losing that fight to an 18-year-old centre-half from the Championship, and made his last appearance in January.

João Carlos Teixeira – No Championship loan move for the Portuguese 22-year-old this summer. What does Brendan have in store?

MANCHESTER CITY
Richard Wright – The 37-year-old still exists, but mainly as a homegrown quota hack. He has never played for City during his four-year stay; that won’t change and he’s fine with it.

Bruno Zuculini – Named in Marca’s worst team of the season in La Liga last campaign while at Cordoba, Zuculini might just struggle for games at the Etihad.

Victor Valdes – A move to Besiktas broke down late on, and the Metro nearly had a breakdown themselves after the Spaniard posted a United badge on his Facebook. That’ll win Louis over.

Jesse Lingard – One of 21 outfield players given a squad number, but just as likely to feature for United as he was when out on one of his four loans.

Yoan Gouffran – The first Newcastle player to score in five consecutive games at St. James’ Park since Alan Shearer. A travesty that he still has not made the bench this season.

NORWICH CITY
Jake Kean – Released by Championship Blackburn and snapped up on a free transfer.

Elliott Bennett – No appearances for Norwich since their last game. Of the season before last.

SOUTHAMPTON
Lloyd Isgrove – He won’t be the next Gareth Bale.

STOKE CITY
Jakob Haugaard – One of the first signings of the summer; a goalkeeping back-up to the back-up.

Dionatan Teixeira – Who? He didn’t make the 25-man list.

Phil Bardsley – Consigned to a full 120 minute shift against Luton in the Capital One Cup. After 30 appearances for the Potters last season, he hasn’t even made the bench in the league this time around.

SUNDERLAND
Valentin Roberge – His middle names are ‘Sébastien Roger Dean’, so at least he has something going for him.

Wes Brown – “We’re only going to use him if we really need him,” said Dick Advocaat, who apparently ‘needs’ Younes Kaboul.

SWANSEA CITY
Gerhard Tremmel – Swansea released him in the summer before deciding they do actually need someone called Gerhard in the squad. But nowhere near the bench.

Daniel Alfei – He’s 23 and has only played about three minutes of league football for Swansea.

Matt Grimes – I have only just recovered from erroneously replacing the ‘s’ with a ‘z’ to create ‘Matt Grimez’: Swansea’s latest rap star. Anyway, he ain’t made the squad.

Michu – “He won’t be with the squad this year,” said Garry Monk. Little did we know he was actually talking about every ‘squad’ in football.

Marvin Emnes – A Capital One Cup goalscorer against York along with the aforementioned Grimes. The Premier League is a different matter, of course.

TOTTENHAM HOTSPUR
Federico Fazio – West Brom and Sevilla both failed in late attempts to sign the centre-half – although we aren’t sure ‘failed’ is the right word.

Alex Pritchard – One of 11 options in an underwhelming Spurs midfield. Did his six minutes against Everton persuade Pochettino to give him a chance?

Andros Townsend – He’s behind Erik Lamela in the pecking order. When he doesn’t even make the England squad, what’s the point?

Emmanuel Adebayor – Between £5million pay-offs and discussions with pastors, Adebayor is still at Spurs. But he won’t play again.

WATFORD
Giedrius Arlauskis – His only appearance so far this season has come against Preston in the Capital One Cup. They lost 1-0.

Lloyd Dyer – One of 37 players in Watford’s squad; one of 14 midfielders.

Christian Gamboa – “My style doesn’t suit his style. So, I have no chances of playing,” said Gamboa of Tony Pulis’ management back in March. There we go then.

WEST HAM UNITED
Doneil Henry – He started at centre-half in the 2-1 defeat to FC Astra. No sign of him in the Prem.

Morgan Amalfitano – Slaven Bilic’s authority was considered veritably ‘stamped’ after punishing Amalfitano for a ‘breach of the rules’. No way back for the Frenchman.