Home F365 Features How many players has each Premier League club used already? 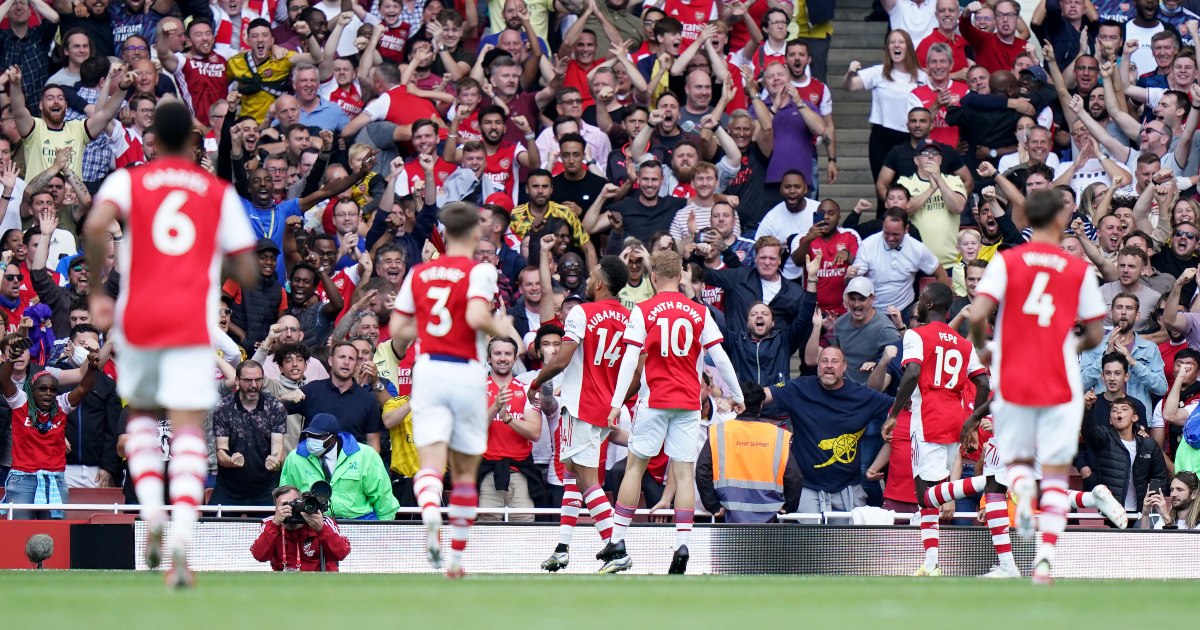 Arsenal have already used a weirdly massive number of different players this season. Burnley are sticking to the stereotype this time around having markedly failed to do so last year…

The only team already without an ever-present, while everyone else has at least four players with 300 league minutes under their belts this season. Four games in and Tierney is already Arsenal’s only regular. Partly that’s down to the club being a shambles, sure, but it also reflects the difficulties that have been imposed upon Mikel Arteta thanks to injury and illness and sh*tness. Arsenal have already used more players this season than seven teams in the whole of the last one.

And one of those teams to use fewer than 26 players last season was Villa. It looks unlikely they’ll match last season’s tally of 24 having turned to 22 already. They weren’t kidding about replacing Jack Grealish with three or four.

So very many injuries, again and already.

Will do well to match last year’s total with the core of this year’s team already crystallising.

Only Arsenal (0) and Villa (1) have fewer ever-presents at this early stage of the season. Antonio Rudiger’s return to favour after almost ending up at Spurs of all places is quite something too. It wasn’t until January last season that he racked up four full appearances last season.

Bruno Fernandes, Mason Greenwood and Paul Pogba are all within 15 minutes of the ever-presents. Next on the list comes dear old Fred.

Giving Dwight Gayle that new contract to sit, unused, on the bench 38 times is going to be one of the season’s great low-key banters.

And that eight would be nine but for Dominic Calvert-Lewin’s injury. Will James Rodriguez force his way back in or will he just bugger off in January? Breath officially baited.

A table the Canaries can enjoy because they sit squarely and comfortably in mid-table. Todd Cantwell misses out on a regulars spot by six minutes after dropping to the bench against Arsenal. We don’t make the rules. Well, we do. But still.

The apparent ease with which Brighton held on to the magnificent and ever-present Yves Bissouma remains a source of great bafflement. Hard to think of a team he wouldn’t improve, never mind a squad.

Along with West Ham the most clearly defined first XI going. Coady, Saiss and Traore have all been off the field for just a handful of minutes, while Nelson Semedo (270 mins) and Ki-Jana Hoever (90 mins) are currently on a job share at right-back. Everyone outside those 12 is feeding on scraps.

Dan James will escape the bit-part category; Helder Costa will not. Kalvin Phillips (270mins) will soon join the ranks of the regulars.

So six undroppables and a solid core of reliable squad sorts based on our deeply scientific investigations.

That is a well-defined starting XI. And not only a settled line-up but a pretty decent one too, in fairness. Still takes some getting used to, that. West Ham are the only Premier League team where every player used thus far fits into one of our arbitrarily defined ‘regular’ or ‘bit-part’ categories.

Genuinely cannot process the idea that Burnley used more players than Manchester City or Spurs in the Premier League last season. Just… how? This year shows early promise of adhering much more neatly to the lazy stereotype in our head.