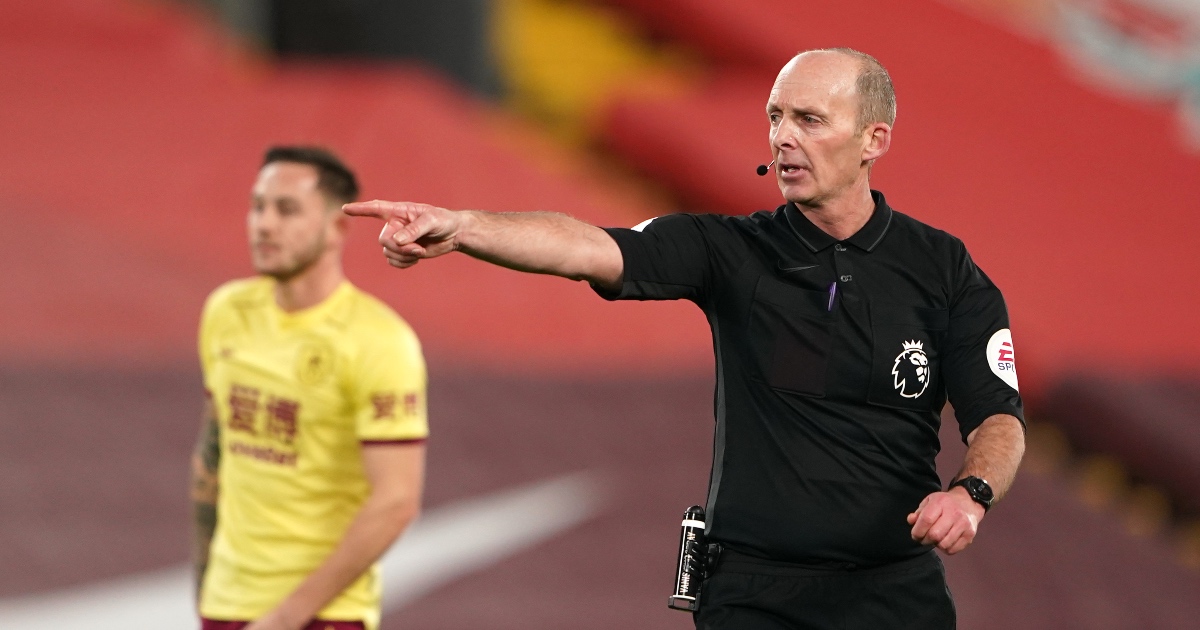 The Premier League will look to clamp down on soft penalties in the season ahead, while attackers are set to benefit from the scrapping of so-called ‘toenail’ offsides.

Referees’ chief Mike Riley says the bar for awarding fouls and spot-kicks for lower-body contact will be raised, following feedback from players, coaches and chief executives gathered in a March survey.

On-field officials and VARs will be told to establish clear contact, whether it has a consequence and whether an attacking player has tried to use that contact to win a penalty.

It is understood challenges such as the ones on England’s Raheem Sterling in the Euro 2020 matches against Scotland and Denmark, for example, would not be given under the Premier League approach, and that a Premier League VAR would have intervened to overturn the spot-kick England were awarded in the semi-final against Denmark.

“Contact on its own is only part of what referees should look for. If you’ve got clear contact that has a consequence, then that’s what you have got to penalise.”

While the change of emphasis should mean that attackers who initiate or exaggerate contact will not be rewarded, referees will be on the lookout to award penalties where there is clear, meaningful contact but players stay on their feet.

“That should always be the case, otherwise the balance is unequal,” Riley said.

Citing the example of Manchester City’s Phil Foden staying on his feet despite clear contact from Southampton goalkeeper Alex McCarthy, Riley said: “We made a mistake. There was clear contact and the player stayed on his feet, went wide and lost the ball.

“We should have gone back and given the penalty. I think had we done so that would have reassured players, and that’s our approach (this season).”

The assessment of marginal offsides will also change next season, Riley said.

One-pixel lines will still be used in the working-out process, but this will no longer be broadcast. Instead, the final, thicker broadcast lines will be used, and when these thicker lines drawn for the attacker and defender overlap, the attacker will be deemed onside.

“Effectively what we give back to the game is 20 goals that would have been disallowed last season by using quite forensic scrutiny,” he said.

“So it’s the toenails, the noses being given offside. They might have been given offside last season, next season they won’t be.”

In effect, there will have to be daylight between the lines for offside to be given.

It is understood the Premier League is expecting there could be the possibility to trial semi-automated offside technology in the 2022-23 season. FIFA president Gianni Infantino has already expressed his hope that the technology can be used at the 2022 World Cup midway through that season.

The technology provides a response in four to five seconds, compared to the average human check in the Premier League of 34 seconds.