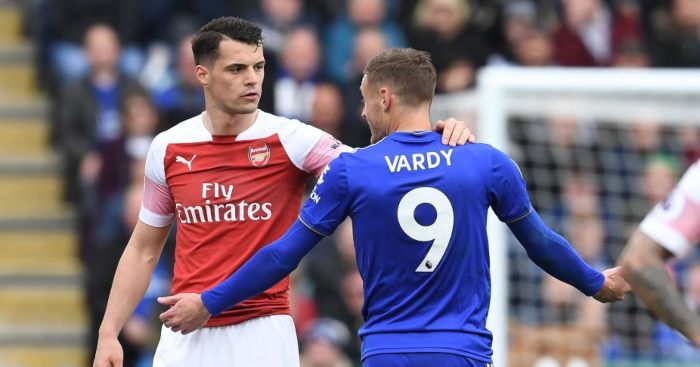 Game to watch: Arsenal v Leicester City
After a hard-fought and uncharacteristic 2-0 win over Wolves, what better challenge for Arsenal than a clash against another team above them in the Premier League table but emphatically below them in stature? It would feel like something of a watershed moment in this season if Arsenal could follow that win over Wolves with victory over a Leicester side whose strength lies in fly-swatting rather than taking on giants.

If you ignore the first five months of the season – and Arsenal would rather you did – then Mikel Arteta’s Gunners should be pushing for Champions League qualification and Leicester should be clinging onto mid-table, occupying that desperate spot just below Steve Bruce’s Newcastle. When viewed through the prism of form rather than the league table, this should be a home win for Arsenal.

But then there is the Jamie Vardy factor. Nine goals in nine games against the Gunners shows that successive Arsenal defences have struggled to contain the pace and effervescence of this particular Skittles vodka fan, and there is little to suggest that the unlikely triumvirate of Sead Kolasinac, David Luiz and Shkodran Mustafi will buck that particular trend.

We are not quite ready to believe that this new Arsenal can be so much better than the old Arsenal just yet. After all, the last time Arsenal won this many consecutive games, some cool cat called Unai Emery had just taken over and was playing some pretty bloody exciting football.

Somebody is a tad cocky considering he is the captain of a team in the relegation zone who has not scored a Premier League goal since January nor created one since February.

But if Grealish is going to turn ‘chances created’ into ‘goals created’ or even ‘games won’, then the best time to start would be Thursday against Manchester United, who are currently ‘umming’, ‘aaahing’ and making other noises that amount to ‘can we really justify spending over £50m on a player who does not really suit our current style?’ There is no doubt that a match-winning or even match-saving performance from Grealish could make that a hard ‘yes’.

United are undoubtedly in extraordinary form – helped by a kind run-in – and they really should swat aside Villa with as much ease as Brighton and Bournemouth. We could blithely recommend that you watch Bruno Fernandes or Mason Greenwood, but we have already established that they are worthy of their places in this latest United resurgence. But is Grealish?

Oh and next time, somebody needs to point out that per-90 stats are a far better guide; by that metric, United should be looking at Emiliano Buendia or Pascal Gross instead. Or perhaps some fella called Paul Pogba.

Manager to watch: David Moyes
No wonder he was “sickened”; victory over Newcastle on Sunday would have pretty much sealed the Hammers’ survival, what with the four teams below steadfastly refusing to pick up a single victory between them. But Wednesday and a home tie against Burnley brings another opportunity to get to the magic *checks notes* 33-point mark that will practically guarantee another Premier League season for this collection of not-quite footballers.

Moyes now has to earn his corn; having picked up four points from two games with the same starting XI, he needs to forge another plan as the games come so thick and fast that we are in danger of unconscious bias towards the current fixture list. Can Michail Antonio really put in a fifth 90-minute shift as a lone striker? Should either Pablo Fornals or Manuel Lanzini be sacrificed for Mark Noble? Is it time to trust Andriy Yarmolenko for longer than 15 minutes?

You told us you win games, David. It’s time to show us how.

Team to watch: Liverpool
They have not won any of their last five games away from home. The rules are that if they make that six against Brighton on Wednesday, we have to start questioning whether this Liverpool side is really any good at all. Those are the rules and we don’t make the rules.

Football League game to watch: West Brom v Derby
A year into Phillip Cocu’s reign, Derby are finally exactly where we would expect: just outside the play-offs looking up with envy. But the key difference now is that the Rams are improving rather than sinking in their usual late-season fashion; Cocu has got this season arse over Derby tit.

The bad news is that Derby are yet to face four of the five teams above them in the table and first up are West Brom, who have at least shown themselves to be vulnerable during this mini-season. But there is something exciting happening at Derby and unlike previous years, there is a feeling that ‘failure’ this season would not be the end of the story.

One year of Phillip Cocu, had so much to deal with off the field on top of a tough start on the field. Fans calling for his head after 2 months as well as being 17th by Christmas. Things are finally starting to click. He’ll be the man to get us promoted, I have no doubts pic.twitter.com/N8spkrdXGY

At least save us from Cardiff in the play-offs, fellas.

European game to watch: AC Milan v Juventus
‘The Juventus F.C.–A.C. Milan rivalry is a football rivalry between the two most titled teams in Italy. The challenge confronts also two of the clubs with greater basin of supporters as well as those with the greatest turnover and stock market value in the country’ – Wikipedia.

‘Can it still be a rivalry when one team is a basket case and has not won this fixture in almost four years?’ – Football365.

The table shows a 29-point gulf between the two sides, but Milan are showing signs of life, with Saturday’s 3-0 victory over Lazio the latest eye-catching result of the restart. Ante Rebic in particular has been in excellent form and they might finally have enough to worry the champions-elect just a little.