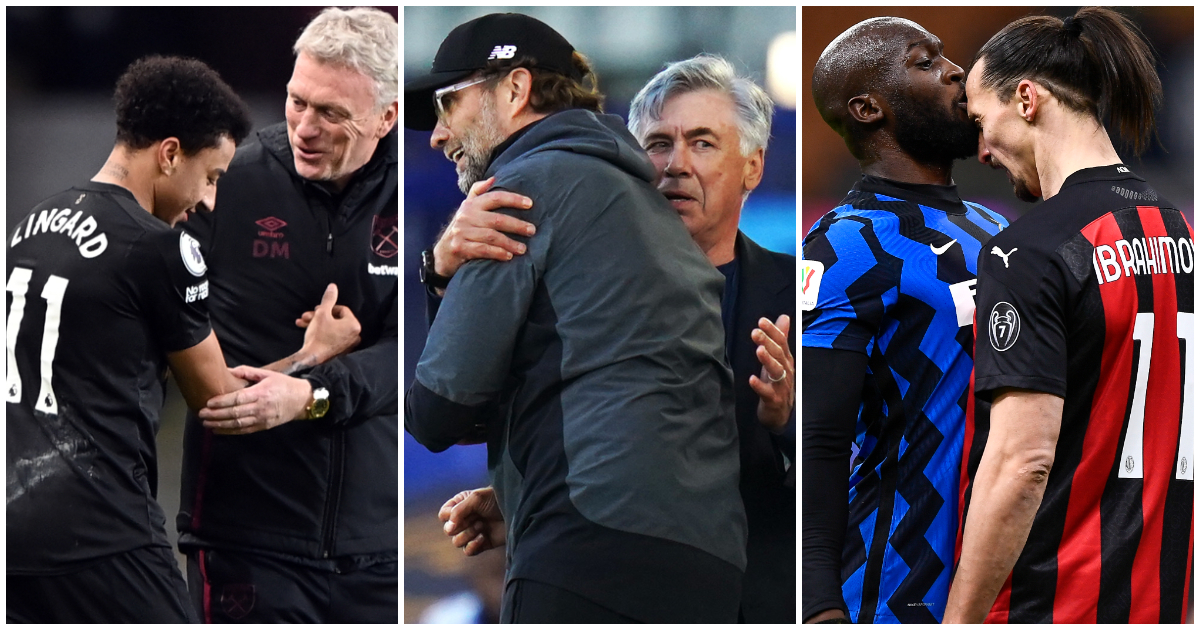 Liverpool badly needed their victory over Leipzig in Budapest on Tuesday night, not only to further their Champions League prospects but also to alter the narrative around Jurgen Klopp’s ‘bad champions’. Their demise has been welcomed with great vigour beyond Anfield, where the fear was that things could get even worse if there was even a shred of truth in the rumours around Klopp.

There plainly isn’t and a change of scene did Liverpool the world of good. While they could hardly claim to be back to their best, the Reds were at least solid where they have been calamitous, and ruthlessness replaced their previous wastefulness.

The tone will quickly shift back to maudlin, though, if Liverpool fail to use the Leipzig win as a springboard for the rest of the season. Starting with the derby on Saturday evening.

Everton too have their wrongs to right. Since Carlo Ancelotti sparked a million memes with his ultra-cool reaction to Everton’s winner in the nine-goal thriller against Spurs in the FA Cup, the Toffees have taken no points from two home games. There is hardly any shame in coming off second best to Manchester City – in fact there were grounds for optimism – but the defeat to Fulham last Sunday would have had Ancelotti spewing out his coffee rather than cooling it.

At least Dominic Calvert-Lewin should be back to face whichever centre-back partnership Klopp draws out of his cap this week. And Ancelotti is happy to get away from Goodison this weekend, with Everton in good form on the road. They have won five and drawn two of their last seven, though they haven’t won at Anfield since 1999.

With Liverpool in dire form at home – they’ve lost their last three – Ancelotti fancies Everton’s chances of a first away derby win this millennium. And Klopp, even if he has conceded the title, isn’t likely to change now and play for the point that would at least allow for some further respite.

Team to watch – Southampton
Further evidence to prove what a bat-sh*t crazy season this is: In November, Saints topped the Premier League table for the first time in 32 years and they urged us to ‘stop the count’. Three months later, Ralph Hasenhuttl’s men have hit the skids in record style.

Despite reaching the FA Cup quarter-final, Southampton have lost their last six games in the Premier League. Never in 135 years have they done that. Their dramatic slump has taken them from sixth in the table to 13th place and only another bad weekend from being swallowed up by any of the three teams below them.

Hasenhuttl could cite injuries and questionable refereeing decisions as mitigation but the Saints certainly haven’t helped themselves. They caved in at Old Trafford, then tried to pick and choose their officials before going down to Newcastle’s nine men. Newcastle are sh*te with 11.

It doesn’t get any easier for Saints with the visit of Chelsea on Saturday lunchtime. Hasenhuttl was in the running for Thomas Tuchel’s job but the immediate priorities for each manager could hardly be more stark. Should Tuchel make it six wins in a row at St Mary’s, you would be brave to bet against Saints going winless for nine with Everton and Leeds next up.

Such a prospect seemed preposterous at the turn of the year when Saints had beaten Liverpool and were looking up from sixth. Now they are looking over their shoulder while falling fast. Whatever the causes, Hasenhuttl has to stop the rot and quick.

Prick of the Week No.20: Southampton go full Gareth Keenan

Manager to watch – Mikel Arteta
The apprentice meets the master for the fifth time when Arteta’s Arsenal host Pep Guardiola’s runaway leaders on Sunday afternoon. But Arteta is no longer attempting to imitate the Manchester City boss, which should make for a decent game at the Emirates.

Arteta’s struggles through his first year in charge of Arsenal have seen the rookie manager stumble upon a style of player vast different to Guardiola’s and the one he tried to force upon the Gunners for much of his early reign. Arsenal still play out from the back, at times with reckless abandon, but no longer do they attempt to pass opponents to death, instead opting for blunt force through the speed of Bukayo Saka and the incisiveness of Emile Smith Rowe.

Together with that young pair, Martin Odegaard is also tasked with getting the best out of Pierre-Emerick Aubameyang as the Arsenal skipper looks to build upon his hat-trick against Guardiola’s mentor, Marcelo Bielsa and his wild Leeds team last week.

If Arteta is feeling brave – why wouldn’t he? – then Arsenal’s pace on the counter-attack could give City a bigger test than anyone else has managed through their 17-game procession towards the title.

Player to watch – Jesse Lingard
Few would begrudge Lingard a break. The West Ham loanee felt he wasn’t given a fair crack of the whip this season at Manchester United where he was reduced to little more than an unlikely spokesman for the pistachio industry. But at West Ham, he looks a player reborn. He has had a hand in three goals in three matches so far; his Instagram account is buzzing again; and he has some more gear to shift. Good luck to the lad.

Especially with his quest to instil at the London Stadium the ‘winning mentality’ of Zlatan Ibrahimovic and Jose Mourinho. “I can bring that experience to West Ham,” he proclaimed this week. “I know what it is like to win. It is that focus and mindset of going into each game and winning.”

Sounds like a piece of p*ss that, Jesse. Mourinho may regret being such a good teacher this weekend if the forward plays a leading role in creating a nine-point chasm between West Ham and Spurs down in ninth.  Lingard netted in Mourinho’s final game as United boss. A repeat of the trick in a home win is unlikely to make this Jose’s Spurs swansong, but it will certainly increase the clamour for Tottenham to accept the difficult truth.

In fairness, Xisco Munoz is making a decent fist of his opportunity at Vicarage Road. The Hornets have lost only one of their last eight Championship games and are looking up from fourth place as they sit three points off the automatic promotion places.

Rooney is performing even more impressive feats in his first managerial appointment at Derby. The Rams were bottom of the Championship with six points from 13 games. During Rooney’s interim spell in charge, they gathered 13 points from 11 games and since he was appointed as permanent manager in January, they have won five out of seven matches, at a rate of 2.14 points per game, to climb to the relative safety of 17th, six points above the drop zone.

European game to watch – AC Milan v Inter Milan
Sunday, 2pm, brings the most hotly-anticipated Derby della Madonnina in years, with both Milan sides fighting for the Serie A title, while their biggest stars are just fighting…

Zlatan Ibrahimovic and Romelu Lukaku meet again for the first time since their unsavoury-but-hilarious spat in the Coppa Italia last month. Lukaku and Inter got the upper hand then, with Christian Eriksen’s injury-time winner sealing victory for Inter after Ibra’s red card, and the Nerazzurri also take the initiative into the second league derby of the season after they leapfrogged their city rivals at the top of the table last weekend.

Inter have had a week to prepare for this summit meeting, which could see them establish a four-point cushion with 15 games to go, or fall two points back from Milan, who were inconvenienced by Europa League duty on Thursday, when they twice surrendered a lead to Red Star Belgrade.