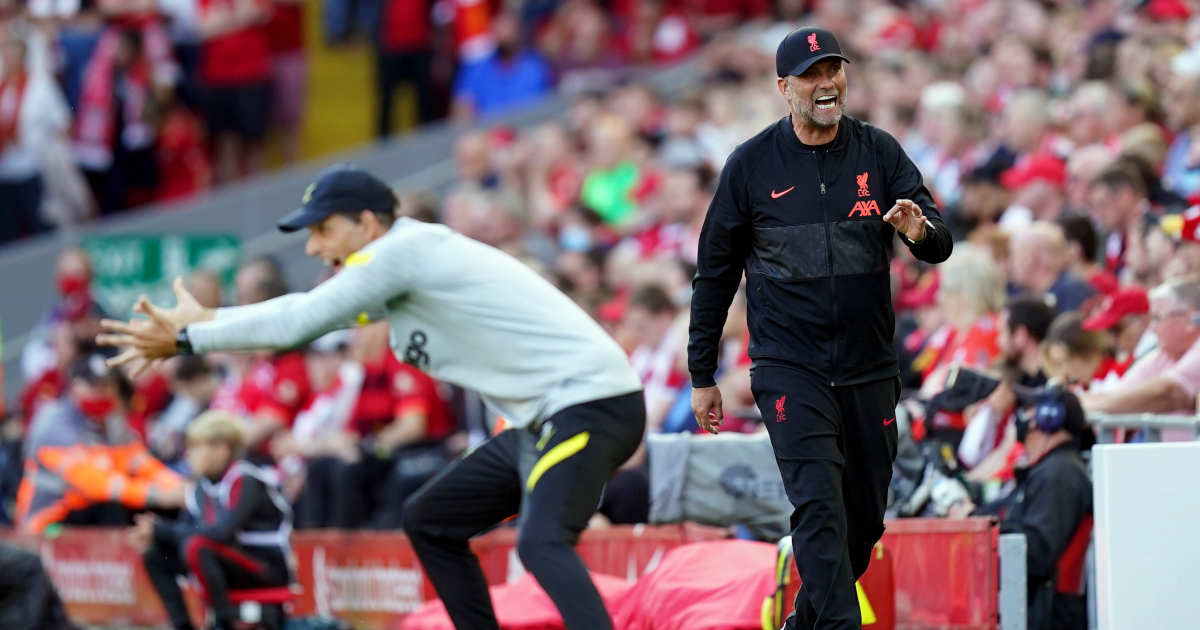 Chelsea play Liverpool in the Carabao Cup final, Eriksen may be in the Brentford squad, and will the real Frank Lampard please stand up?

Game to watch – Chelsea v Liverpool
This Sunday brings this season’s Carabao Cup final, the cup final that always feels weird because of the time of year it’s played. And while this is either the third or fourth – depending on their opinions of the FA Cup – priority for either club at the moment, it becomes the most important for a couple of hours because it’s the one that’s right there in front of them.

Although Chelsea and Liverpool have won this competition 13 times between them, neither have been successful in it for a while. Chelsea haven’t won it since 2015, while Liverpool haven’t done so for a full decade now. But when kick-off comes around, don’t expect the players on the pitch to not care what happens. The brain of the professional athlete is hard-wired to compete and as such we can expect some degree of blood and thunder, even if this particular trophy isn’t exactly at the top of either’s list in the grand themes of things.

Liverpool are, as is so frequently the case, gliding. They took a while to get going against Norwich City, but they got there in the end and a comfortable win against Inter in the Champions League really served to underline the difference between the top of the Premier League and the top of Serie A at the moment. Without a game in that competition this time around, they were barely pushed by a rancid performance from Leeds United which resulted in a 6-0 win.

Chelsea have had a difficult week. They may have beaten Crystal Palace and Lille in their last two matches, but the discourse concerning Romelu Lukaku’s lethargic performance at Selhurst Park – he’s likely to start on the bench – and the growing speculation regarding sanctions against Roman Abramovich do mean things are going on behind the scenes which could become burdensome, should they not be appropriately handled.

Expect many anti-Abramovich songs and a tight game, not implausibly consisting of Liverpool’s attack against Chelsea’s defence, with the latter trying to play on the break. Liverpool will start as favourites, but many have dismissed Chelsea chances in cup matches before and ended up with egg on their faces. Their defensive cohesion certainly serve them well in the Champions League.

Player to watch – Christian Eriksen
At the time of writing, it’s far from certain that he’ll be making an appearance, but at least Christian Eriksen is in the squad for Brentford’s game against Newcastle United. It’s a cheering piece of news in these bleak, bleak times. And the earliest signs have been extremely encouraging. Eriksen got through 78 minutes of a behind-closed-doors game against a Rangers XI in Glasgow on Monday and provided two assists in a 2-2 draw. If he’s anywhere near the player that he was just this time last year, his signature could turn out to be quite a coup for Brentford.

And to be absolutely honest, Brentford need a pick-me-up. On December 10, they beat Watford 2-1 to move 12th in the Premier League, but they’ve picked up just four points from 10 games since and, although this slump has seen them drop just two places in the table, they’re now just four points above the relegation places. The bottom-four teams winning an ominously high number of their matches makes for a difficult combination.

Brentford can no longer depend on there just being three teams in the division worse than them that they don’t need to think about relegation. Should Eriksen get on the pitch against Newcastle – a team with much to think about themselves, considering midweek Premier League results elsewhere – we’ll have a better idea of how much improvement he offers, and whether they’re likely to pull out of the downward turn that they’ve been in for a couple of months.

Team to watch – Wolverhampton Wanderers
Oh, Wolves, Wolves, Wolves. Those live league tables can be such a curse. For about an hour on Thursday evening, they were in a very, very strong position, fifth in the table, three points behind Manchester United but with a goal in hand. But Arsenal drew level and, with almost the last kick of the match, won it; qualifying for the Champions League looks considerably less likely than it did before. It’s Arsenal’s to lose now.

But European football next season is still a possibility for Wolves, and on Sunday they return to London to play West Ham United in a match which could go some way towards helping to decide who ends up in sixth place and next season’s Europa League. West Ham have been a little out of sorts of late themselves, with only a 1-0 win against Watford and draws against Newcastle United and Leicester City to show for their last five matches. Under normal circumstances, this would look like winnable for Bruno Lage and his players, but whether that will be the case may come to rest on how they respond to the dramatic end of the Arsenal match.

Frank Lampard (the younger version) has been the manager of Everton for four games and the pattern has been clear, if erratic: excellent at home, somewhat less so away. But what happens when a Manchester City team who had their egos slightly bruised last weekend turn up at Goodison Park on Saturday evening? Will Everton end up on the receiving end of Spurs’ impudence?

Riyad Mahrez’s late penalty was City’s 100th goal in all competitions so far this season and the obvious reaction to this game in the schedule is some degree of fear for what Pep Guardiola may inflict upon Everton, especially considering the defensive issues that Lampard faced when he was the Chelsea manager.

But there are reasons for Evertonians to be faintly optimistic. Their two home wins under Lampard so far were both by fairly thumping margins (albeit against out-of-form teams) and Goodison Park remains one of the Premier League’s more intimate and noisy venues. If Everton can start without fear, the noise can be hugely beneficial to them, but an early City goal or two might see that atmosphere curdle again, and even though few would expect Everton to get a result, a heavy home defeat would likely provoke further consternation among an already tetchy support.

Everton are two points above the relegation places as the weekend begins, but Burnley kick off at Crystal Palace earlier in the afternoon. Should they win and Newcastle pick up at least a point at Brentford, Everton will be in the bottom three before they play. The Toffees couldn’t have tougher opponents, but this might just turn out to be a psychologically crucial game.

EFL game to watch – Blackburn Rovers vs Queens Park Rangers
It’s off to the top of the EFL Championship on Saturday lunchtime for a crucial match between Blackburn Rovers and Queens Park Rangers. Being near the top of this division seems to have a strange effect upon some teams. Blackburn recovered from a 7-0 home defeat to Fulham at the start of November by going on a run of eight wins and two draws from their next 10 games, which lifted them to second place. But recently, their form has fallen off considerably. They’ve failed to win any of their last five league matches and have now dropped to fifth, four points from second.

Queens Park Rangers have followed a similar pattern. A run of seven games unbeaten lifted them into contention for a play-off place, but they recently went four games without a win, which included a 1-0 loss to bottom of the table Barnsley, and their last match at home to Blackpool required an 89th-minute own goal to secure a 2-1 win.

Both of these teams have the quality to get right back into that scrap for second place – QPR start in third, although they’ve played three games more than second-placed Bournemouth – and a win from this game would give either team a big boost as the season reaches its closing stages.

European game to watch – Lazio vs Napoli
There’s a title race going on at the top of Serie A. Going into the weekend, just two points separate the top three – Milan, Inter and Napoli – and there’s still a third of the season left to play. But last weekend, Napoli missed a chance to go top when they required a late goal from Victor Osimhen to rescue a point from a trip to Cagliari. They face a stiffer test than this on Sunday evening, when they travel to Rome to play Lazio at the Stadio Olimipico.

Lazio themselves are currently chasing a place in next year’s Champions League. They are currently sixth, four points behind fourth-placed Juventus, but unbeaten in their last five league games. They’ll provide a stern test but dropped points this weekend for the Milan giants coupled with a Napoli win could put the latter back on top. Lazio already know how difficult a game this might be; when the two sides met in Naples at the end of November, Napoli won 4-0 in Lazio’s heaviest defeat of the season.