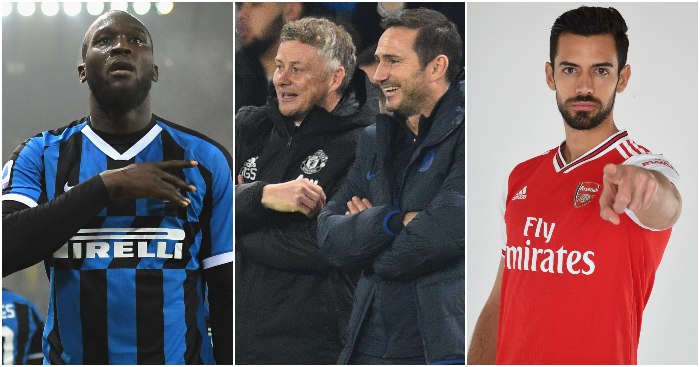 Mercifully, it is the better half of the winter break programme, headlined by Ighalo scoring a hat-trick for Man Utd…

Game to watch – Chelsea v Manchester United
United could find themselves choking on dust in the Wacky Races chase for fourth place should they lose to Chelsea on Monday night. Defeat would leave them possibly in ninth place and nine points off the Champions League spot Ed Woodward insists United remain in contention for.

So defeat really isn’t an option for a sun-tanned United squad boosted not only by some vitamin D after a week in Spain but also the arrival of Bruno Fernandes and Odion Ighalo. But their recent league form makes for grim reading. Of their last three, they’ve failed to win or even score in two defeats and a draw. Ole Gunnar Solskjaer really needs to hope the sun continues to shine on him back in London, and when using the latest Bethard bonus code to back a United win, you’re looking at a decent return. In fact – our resident betting tipster Dave Tickner is backing Manchester United to beat Chelsea to nil at 7/1.

At least his opposition is a similarly raw manager with a similarly flawed squad in a similar vein of form. Chelsea, too, are winless in three, drawing a couple after losing at Newcastle. Kepa Arrizabalaga was the most obvious scapegoat for the five goals shipped in that period but it is evident that Frank Lampard does not yet know his best XI.

Lampard must also decide how to play this one. He attacked United at Old Trafford on the opening day of the season and Chelsea got picked off four times on the counter-attack. While the expectation is to take the initiative, Lampard is not so stubborn that he would risk making the same mistakes again just because the onus is on the Blues to attack. Is he?

So it could be a cagey affair settled by an error – there’s plenty in either side – or a set-piece. That being true, it could play into Chelsea’s hands. Only Villa and Everton have conceded more than the ten goals United have shipped from set-plays, while Chelsea have themselves bagged eight, two of which came from the bonce of Antonio Rudiger at Leicester last time out.

Player to watch – Odion Ighalo
By the time United head to the Bridge, their newest recruit will have been freed from semi-quarantine and could go straight into a United attack which is in dire need of freshening up.

That was evident once more in the goalless draw with Wolves which highlighted the Red Devils’ lack of potency in the final third, regardless of where Bruno Fernandes sits. The Portugal debutant played off Anthony Martial in the first half before moving deeper in the second period to get on the ball. Once he did that and was able to look up… nothing.

Martial is not the type of striker who will hold the ball up and bring others into play with his back to goal before turning and getting on the end of whatever comes into the box. We still don’t really know what type Martial is, but the assumption is that Ighalo has been signed to cover those gaps in the Frenchman’s skillset.

So let’s see what Ighalo has got. There is little point easing him in; his loan period will be over before he’s properly found his feet and United can hardly afford to wait too long. Hence the reason they signed a 30-year-old from the Chinese Super League. Ighalo was signed to make an immediate, short-term impact and needs to be given the chance to do so.

The only thing other than Ighalo’s greenness (metaphorically, not literally; we know now he’s not a carrier) that might keep Martial in the team is the onus on Chelsea to attack. That may open up the space the Frenchman so clearly needs because when teams sit back and wait to be broken down by United, Martial cannot lead that charge.

Not without someone to do the dirty work for him through the middle. Someone like Ighalo.

Team to watch – Arsenal
The best 10th-placed Arsenal can hope for come the end of the weekend is 10th place. Alternatively, the Gunners could find themselves trailing in the wake of Burnley or Southampton – possibly both – and Sunday’s visitors, Newcastle.

Languishing in the bottom half at this stage is well below the expectation at the start of the season and even those raised when Mikel Arteta arrived in December. Since then, the Gunners have drawn five of their seven Premier League matches, including their last four, under the new coach.

Arsenal clearly have a long-term plan under Arteta – sketchy though it may still be – but the manager needs to find a way of turning draws into victories soon.

Arteta may give a debut to new signing Pablo Mari and facing Newcastle’s goal-shy attack is perhaps the easiest way to introduce a new defensive import into the Premier League. Arsenal believe three or four wins can put them back in contention for the top four, but their primary concern this weekend is staying in the top half.

Manager to watch – Brendan Rodgers
The Leicester boss loves nothing more than an opportunity to show how clever he is and the visit to Wolves on Friday night offers him just that.

While some managers steadfastly refuse to change their approach, Rodgers has demonstrated his tactical flexibility this season and coming up against Nuno’s side could see another tweak to the Leicester system.

The Foxes thrive in a 4-5-1 formation but Rodgers has been concerned enough by how that might be exposed by opponents who play three at the back to match them up.

That could present its own problems on Friday night, especially when Adama Traore gets up a head of steam. Neither Christian Fuchs nor Wes Morgan are nimble enough to cope with the Wolves battering ram and while no player in the Leicester squad knows the hosts’ biggest threat better than Ryan Bennett, the new boy is ineligible to face his parent club.

Leicester shut out Wolves on the opening day when Rodgers started the season with a back four but that was also one of two occasions the Foxes have failed to score this season, with Liverpool being the other opponent to keep them out. Rodgers has had a fortnight to mull it over and it will be fascinating to see what he’s been plotting over Leicester’s mini-break.

Football League game to watch – West Brom v Nottingham Forest
After beating Leeds last week, Forest should have made this a battle of the Championship’s top two. But they f**ked it against Charlton in midweek and instead risk falling out of the play-off places if they lose at The Hawthorns and other results go against them later on Saturday afternoon.

Sabri Lamouchi admitted Forest were tired in the wake of their deserved win over “the best team in the league”. This week he says they face “the best squad” in the Championship.

For Slaven Bilic, it’s all about momentum. The Baggies are back in form having won their last three and with everyone else sh*tting their beds, the leaders have a great opportunity to give themselves even more breathing space.

European game to watch – Lazio v Inter Milan
Romelu Lukaku may have declared himself ‘the new king in town’ but beyond Milan, the Inter striker still has some way to go before he can claim to rule Serie A.

On Sunday evening, Lukaku’s Inter come up against Ciro Immobile, who dominates the scoring charts in Italy with eight more goals than the Belgian. More important than the Capocannoniere race, though, is the Serie A title marathon and this meeting in Rome offers Lazio the chance to pull Inter back and overtake the current leaders.

Lukaku, partnered by the returning Lautaro Martinez, will be up against the joint-best defence in Italy, with Lazio having conceded only 20 goals – the same as Juventus, who slipped up at Hellas Verona last week to add extra spice to the Stadio Olimpico clash.

In the absence of a title race in England, we’ll have to get our kicks abroad. The battle at the top of Bundesliga last week finished goalless despite the firepower shared between Bayern Munich and RB Leipzig. Surely this one won’t disappoint.