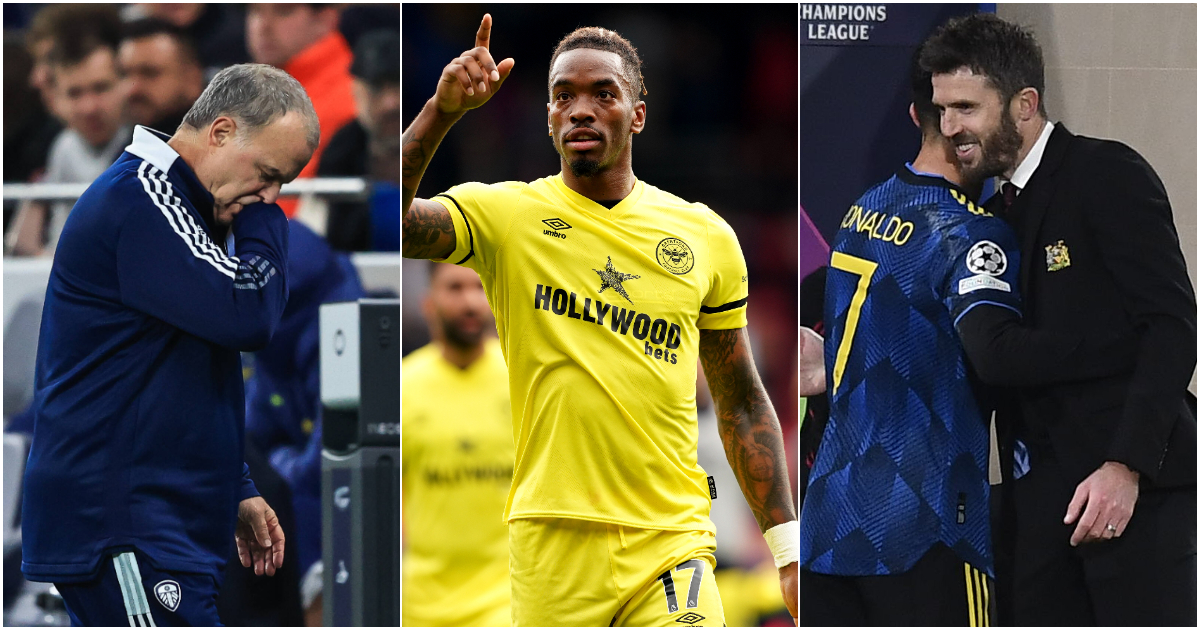 Manchester United might have acted just in time to face the Premier League leaders, but in-form Chelsea will probably just batter them anyway.

Game to watch: Chelsea v Manchester United
While it’s saddening to see an apparent outbreak of sensibleness over at Manchester United that probably means even if Michael Carrick does somehow manage to nab a win off the best team in the country he probably won’t be instantly handed a three-year contract, it is nevertheless an intriguing prospect.

Clearly this would be a pretty big game anyway, but the context adds narrative intrigue everywhere you look here. Chelsea’s approach to managers – get a manager, win everything, get a new manager, repeat – is still seen as gauche by a Manchester United who continue to cling to the idea that they do things differently there. But the Ferguson era to which United understandably clutch – it really was quite a good era – is ever more distant and now the only marked difference between Chelsea and United’s approach to managerial shelf-life is that Chelsea are honest about it and also win stuff doing it.

Looking even more short-term than Chelsea’s approach to managers and focusing solely on the match itself, it probably is bad news for the league leaders that United have finally lanced the boil and accepted what had become pretty much unignorable. United will probably play better now that they did at Watford last week.

Probably still won’t make a difference, though. This Chelsea side is absolutely flying right now and they’ll fear no opponent no matter who is sat in the dugout. Right now it’s looking so good you can even start to imagine Thomas Tuchel getting a third season.

“When he came in I was injured at the time and he [Benitez] put the injured lads at the bottom end so it was kind of tough to take. Rafa is a great manager but personally I don’t think I was given that chance.”

Fair to say other managers have since given Toney that chance. His miserable spell under Rafa Benitez at Newcastle brought just four substitute appearances in all competitions. But he then left for Peterborough and rebuilt his career, and now he could put his former boss under huge pressure ahead of what always promised to be a particularly interesting Merseyside derby.

This feels like a huge game for both Brentford and Everton given the respective collapses of both sides’ early-season promise. They have lost four and drawn one of their last five league games respectively to plunge into the bottom half.

Toney at least ended a six-game league scoring drought in the 3-3 draw against Newcastle last week; having found the target against the club he feels never gave him an opportunity, he can now do likewise against said manager.

Team to watch: Arsenal
With Arsenal’s increasingly encouraging revival cut horribly and swiftly short by what is a now customary humbling at Liverpool (The Gunners have now lost their last six Premier League trips to Anfield by a combined score of 22-4), they find themselves in need of a result to prove that the eight-match unbeaten league run that preceded it was more meaningful than the sort of Anfield hiding we’ve all now seen so many times before.

And luckily for Arsenal they’ve got the perfect fixture in which to do it, facing the richest winless-and-bottom-of-the-table football team ever.

For their part Newcastle may well have identified their two other games coming up in the next week – against Norwich and Burnley – as more plausible options for kickstarting their season, but they are already fast approaching the point where they can no longer write off games against anyone.

And that includes trips to the Emirates, even though it is something approaching their version of Arsenal’s Anfield after losing all four Premier League games since returning to the top flight in 2017 by a 10-0 aggregate margin. Arsenal have won those games 1-0, 2-0, 3-0 and 4-0 so it’s pretty obvious what the score will be here. That’s right: 2-1 to Newcastle.

Manager to watch: Marcelo Bielsa
As we all know full well by now, he Does Things Differently. This week Bielsa has taken what is in many ways the unremarkable step of acknowledging Leeds are not where they would like to be. But the very fact he’s willing to do so while taking the blame and even questioning the value for money he is delivering on his wages marks him out as a special case.

He’s also refused to pin any blame on what is a genuine injury crisis at Elland Road. Also refreshing (the lack of blame, not the crisis).

“I am in charge of a group of footballers who warrant, who deserve, to be in a higher position,” said Bielsa.

“The club has trusted in me and one of the aspects that shows their confidence is what they pay me – so, of course, these results that I am offering are not what is expected.

“The injuries are not one of the reasons why we are there and, of course, the position we occupy in the table worries me. The club have put enough resources at my disposal for results to be different.”

There’s no denying Leeds have been occasionally rotten this season, but it’s also pretty easy to pinpoint games where those results really could have been different – not least last week’s defeat at Spurs in which Leeds were by far the better side and fully deserved their half-time lead before Antonio Conte got his instructions across.

Those results really do need to improve for Leeds and Bielsa, though, with a place in the bottom three at the end of this weekend a very live prospect if they can’t get something at Brighton.

European game to watch: Real Madrid v Sevilla
First v third in La Liga this weekend, and victory for the visitors at the Bernabeu would take them above Real Madrid and potentially top of the table. Sevilla have been a curious side this season, still clearly well-placed despite recent slip-ups against Alaves, Mallorca and Granada. It’s prompted whispers that this is a side unable to get the job done against the less glamorous sides. If there’s anything in that, then this weekend they have the ideal fixture.

Football League game to watch: Preston v Fulham
A goalless midweek draw with Derby snapped Fulham’s run of wins at seven. That 0-0 really did come out of the blue given Fulham’s winning run had included a 7-0, a 4-0 and a couple of 4-1s as the Rams defied their own assorted woes to put up a stout showing against the leaders.

Improving Preston will be confident of doing likewise having won four of their last seven after registering just two wins in the first 12 games of the campaign.