Only James Milner is ready for Liverpool v Leeds. Plus Kai Havertz takes his first steps in Paul Pogba's shoes. 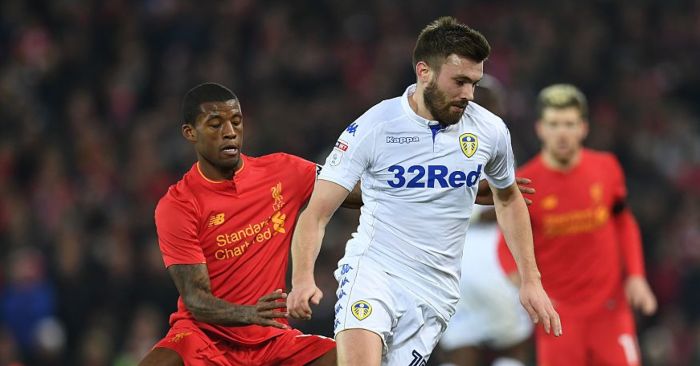 Game to watch – Liverpool v Leeds
Spare a thought for Jamie Carragher, whose first and second teams do battle less than 24 hours before his third visits Tottenham this weekend. The Premier League is back and the opening day at least softens the crashing impact of football’s already relentless nature being ramped up to 11.

The fixture computer has been kind enough to randomly grace Saturday with promoted clubs facing the established elite. Fulham host Arsenal in the early kick-off, while Leeds travel to Liverpool in the evening. Both meetings are ideal palate cleansers to refresh what risks quickly becoming stale and repetitive this season.

For Liverpool, even the slightest stumble from this starting line will amplify any and all complaints over their summer inaction. However justifiable the reasons for adding only Kostas Tsimikas to the first-team squad, those fans pining for Thiago and staring longingly at Chelsea need just a sliver of ammunition to continue waging war on the dastardly FSG.

Even Leeds have put an embarrassing slant on such a lack of riches. Their need to strengthen was considerably more pressing and more than £60m has been spent to that effect. Only Chelsea, Manchester City and Everton have been more frivolous than a team embracing its reestablished top-flight status.

The points of intrigue are bountiful. Will Rodrigo feature? Can Naby Keita start a third consecutive league game for the first time since April 2019? Might Pablo Hernandez force Liverpool to reconsider their entire reason for existing? Can the Championship winners expose the Premier League holders?

Jurgen Klopp and Marcelo Bielsa have been charismatic and deified ships passing in the night, finally facing one another in a competitive setting. The latter has a tantalising tactical dilemma to solve, while the former must reinvent a Liverpool wheel that understandably locked towards the end of 2019/20.

It is all wonderfully absorbing, energising and fresh, even for the one constant in these two teams who have been transformed ten times over since their last Premier League game in February 2004. James Milner played then as Liverpool salvaged a draw and will be as happy as anyone to see Leeds back on their natural stage.

Player to watch – Kai Havertz
Not since 2016 has the Premier League boasted the most expensive signing of a single summer across Europe. If Kai Havertz wants an insight into the sort of pressure that invites, just ask Paul Pogba.

Every action is magnified from here on in. A missed chance or dereliction of defensive duty will generate undue levels of mockery; a simple pass delayed a little too long but saved by the goalscorer is sure to have many fawning.

The pass from Havertz 😍

And how has Gnabry finished from there?! 😮pic.twitter.com/ESaVJlhhud

Frank Lampard will not get carried away in any event. He perhaps deserved more credit than was forthcoming for his management of Chelsea’s previous expensive Bundesliga import, Christian Pulisic benefiting from starting just three of the club’s first nine Premier League games of last season as he was bedded in slowly. Havertz and Timo Werner might not necessarily slot straight in.

But Monday’s trip to Brighton offers a perfect opportunity to at least offer supporters a glimpse of what £70m gets you in a supposedly stunted market. Havertz scored 18 goals and assisted nine for a club that qualified for the Europa League in 2019/20. He is more than capable of clearing such a high bar at a Champions League side looking to set the early pace.

Manager to watch – Carlo Ancelotti
There was a flavour of Manchester United losing to Cardiff in their final game of the 2018/19 season when Everton fell to Bournemouth in July. A home defeat to a relegated side, thus concluding a woeful run-in to a troubled campaign that included managerial upheaval, can be a short-term setback that engenders long-term change.

United responded by backing Ole Gunnar Solskjaer, spending copious amounts on legitimate first-team upgrades and trimming the fat wherever possible. Everton have followed a similar path, imbuing their midfield with three signings worth at least £20m each, while offloading a few on the periphery.

They had few alternatives. By appointing Carlo Ancelotti in December they were essentially enslaving themselves to an elite manager for one final grasp at making Farhad Moshiri’s eternal project a success. They had to invest, lest they waste an opportunity that should and would never present itself again.

And so they did. Abdoulaye Doucoure is the sort of signing Everton might have made regardless but the arrivals of Allan and, in particular, James Rodriguez, offer a window into a changed club. They have made statements in the transfer window before but never quite so resounding.

It could pay dividends and push Everton into European contention. It may end in disaster with Ancelotti failing to see out a full year and Bill Kenwright pushing for Sam Allardyce’s triumphant return. Any middle ground will feel like stagnation that a summer of extravagance can ill afford. They start with a Tottenham team that took the opposite path: will sensible or sexy prevail?

Team to watch – Leicester
Brendan Rodgers will likely be content with Leicester flying so far under the radar. Their preparation for the upcoming season has been underpinned by the usual sorcery: one big sale to sustain them. But such a disappointing end to the last campaign has confined them to the sort of shadows they tend to thrive in.

Leicester operate better away from the glare of the spotlight, winning the Premier League in 2016 when only considered genuine challengers by February, and thrilling their way to second in 2019 before everyone started to take notice and injuries took hold. It will suit them that at least half their Premier League rivals have generated more attention and interest during the break.

They needed it more than anyone; if anything it arrived far too late. Leicester accrued nine points in as many Project Restart games, more than only the three relegated clubs and Crystal Palace. Roy Hodgson’s reaction was to freshen up a decaying squad with Eberechi Eze, Nathan Ferguson and Michy Batshuayi but Timothy Castagne represents Leicester’s only addition to a side that faltered so badly just a couple of months ago.

It is a show of faith to the players that made finishing fifth seem genuinely disappointing for a team hardly even accustomed to the top half. Rodgers could have used the advent of Europa League football as an excuse to fill his pockets with new signings but will trust those he knows are better than what they have shown for the majority of 2020.

If nothing else, the prospect of Jamie Vardy scoring at West Brom again and goading the non-existent fans in his favourite corner of The Hawthorns should be enough to get millions tuning in on Sunday.

It’s an absolute tragedy that Jamie Vardy will return to an empty Hawthorns #lcfc pic.twitter.com/bocpeU6ia6

Football League game to watch – Watford v Middlesbrough
Welcome to English football, Vladimir Ivic. This is Neil Warnock. He will be guiding you through your first day. Don’t call him Colin.

It might well be by default that Watford are considered Championship promotion favourites. The nucleus of the squad that suffered relegation remains intact, sans Abdoulaye Doucoure, Jose Holebas, Heurelho Gomes and Adrian Mariappa but blessed with Glenn Murray and a couple of signings from Udinese. The only uncertain element is the manager himself: Ivic is a two-time Israeli Premier League champion but Middlesbrough have Paddy McNair and will be captained by George Friend until this planet is no longer inhabitable.

They ended last season with five wins and five defeats in ten games. Watford, meanwhile, could genuinely field a full team about half the age of Ben Foster.

European game to watch – PSG v Marseille
“I don’t think we could have done any better tonight,” said Thomas Tuchel. “A draw is the best we could have hoped for.”

With Kylian Mbappe, Neymar, Angel Di Maria, Keylor Navas and Mauro Icardi all absent on Thursday, PSG opened their Ligue Un title defence with a 1-0 defeat to newly-promoted Lens. The Champions League finalists sit above the relegation zone on goal difference. It won’t last but it is funny.

Marseille, the runners-up before last season’s cancellation, have started well. A 3-2 win over Brest means Andre Villas-Boas has lost just one of his last 18 league games in charge. Their last away defeat? A 4-0 reverse at the Parc des Princes last October. How fun.