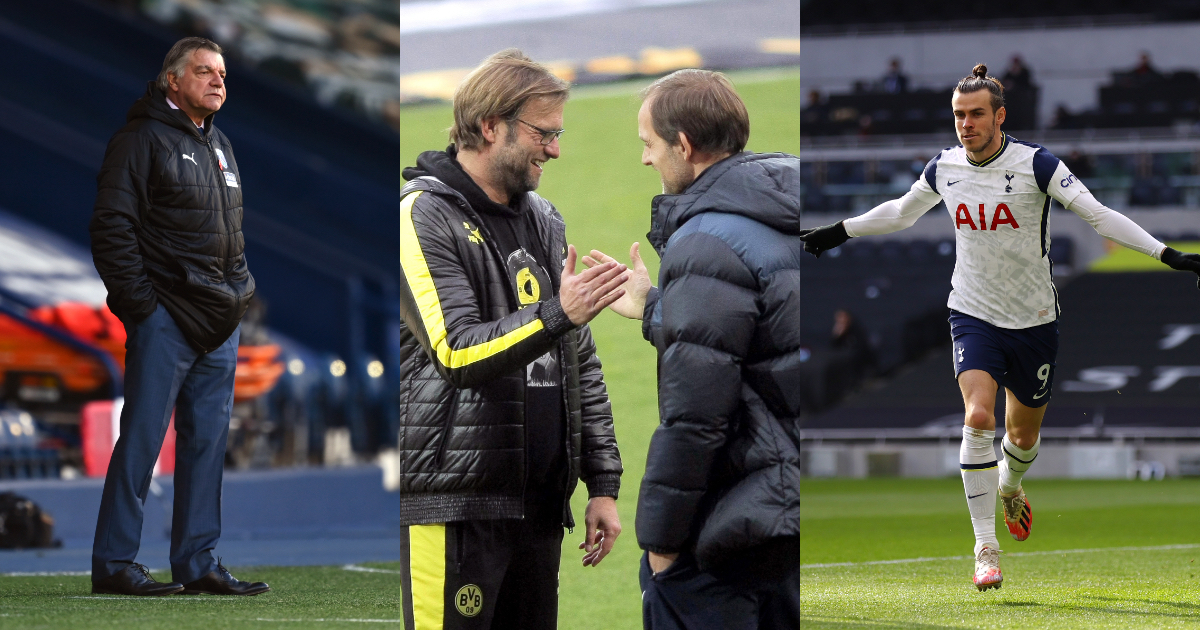 Game to watch – Liverpool v Chelsea
Thomas Tuchel has got a bit of a rotten record against Jurgen Klopp: a manager he has faced more than any other. The 14 meetings between the two have seen Tuchel come out on top just twice, with Klopp winning nine.

The majority of those clashes were between Mainz and Borussia Dortmund, with Tuchel in his first full managerial role at Mainz (also Klopp’s first club) and Klopp in his second with Borussia Dortmund (also to be Tuchel’s second).

Klopp has ruined Tuchel’s neat footstep following by failing to vacate his Liverpool position in time for his football disciple to replace him. And the meeting between Klopp’s Liverpool and Tuchel’s Dortmund in the 2015/16 Europa League quarter-finals – one of those nights at Anfield that saw the Reds score three in the last 25 minutes to turn the tie around – was perhaps the first concrete indication that a Klopp legacy would be worth the wait; a wait too long for Tuchel.

If that was the highest-profile game between the two, Thursday’s clash runs a close second. With a point between them, a win for either would make the victor firm favourites to qualify for the Champions League next season and condemn the loser to the quagmire of other clubs vying for the top four. Here comes another 0-0.

Team to watch – Aston Villa
Dean Smith’s side are very much in that quagmire. Villa sit six points off West Ham in fourth with two games in hand (what a bonkers sentence that is by the way) and hope to welcome back Jack Grealish to aid their wade through the tangled swamp of European hopefuls.

With Sheffield United on Wednesday, followed by Wolves and Newcastle, the next nine days represent a huge opportunity for Villa. Nine points from those three games and Smith’s side will have to be considered genuine top four contenders. Anything less than six and they will fade from that fight, with seven of their last ten games against opponents currently above them in the table. It’s now, or never.

Manager to watch – Sam Allardyce
“If we get eight or nine clean sheets from the next 13 games, we’ll have a chance,” Allardyce said after West Brom’s 0-0 draw at Burnley. After Lee Mason ensured the Baggies linen remained miraculously clear of Seagull sh*t on Saturday, they need just seven more.

Such a run remains incredibly unlikely, but Allardyce does now seem to have more of a stranglehold on a defence who conceded 26 goals in his first ten games in charge but just one in their last three, with fortune admittedly on their side.

A win and two draws have provided a glimmer of hope that could be extinguished at any moment, but a home victory over Everton on Thursday would leave Allardyce’s side just six points behind Newcastle, ahead of what would then be a very nervy proposition for the Toon at the Hawthorns this weekend.

Player to watch – Gareth Bale
Due to a combination of his extraordinary entertainment value, his place in an exclusive club of British stars to have succeeded abroad, and no doubt in part because he plays for the ever-unthreatening Spurs, Bale is one of very few footballers who transcends Premier League clubs and their rivalries. No matter your allegiances, it’s difficult not to be a bit pleased Bale is getting a few matchdays in the sun.

It was therefore lovely to see his sublime performance against Burnley, which illustrated what we have long expected to be the case – Tottenham have the wherewithal to play some very entertaining football.

Jose Mourinho’s claim that it was still “mathematically possible” for Tottenham to make the top four after his side’s 2-1 defeat to West Ham was a resigned declaration of his lack of confidence in a stale team echoed by the fans and the public, who have also almost entirely lost belief in him as a manager.

But that was before Mourinho gave Bale a chance to prove he’s still got it and us a chance to see the effect it could have on the race for the top four. Victories over Fulham on Thursday and Crystal Palace on Sunday will see Spurs move level on points with West Ham to turn a “mathematically possible” pipe dream into a dogfight. Virtuoso displays from Bale in those two games will provide further evidence that Mourinho has got a prize Pit Bull that could prove to be the difference.

Football League game to watch – Norwich v Brentford
Five wins on the bounce and the Canaries are nearly there. Daniel Farke’s side are now ten points clear of Watford in third place and a Premier League yoyoing is surely in the offing.

But second-placed Brentford – Norwich’s opponents on Wednesday – remain very much in the midst of a fight for automatic promotion. They sit three points clear of Watford in third and four clear of Swansea, who have two games in hand. This is a huge game for The Bees.

European game to watch – Lille v Marseille
It’s rare that we include Ligue 1 games on these pages, but a four-way race for the title is hard to ignore. Just four points separate the top four, with PSG’s rivals leaving it awfully late to do the honourable thing and fade away.

Leaders Lille are unbeaten in the last eight, have lost just once since November 8 and have conceded just 17 goals all season. A fight for the title is absolutely not what Mauricio Pochettino signed up for, but it’s absolutely what he faces.