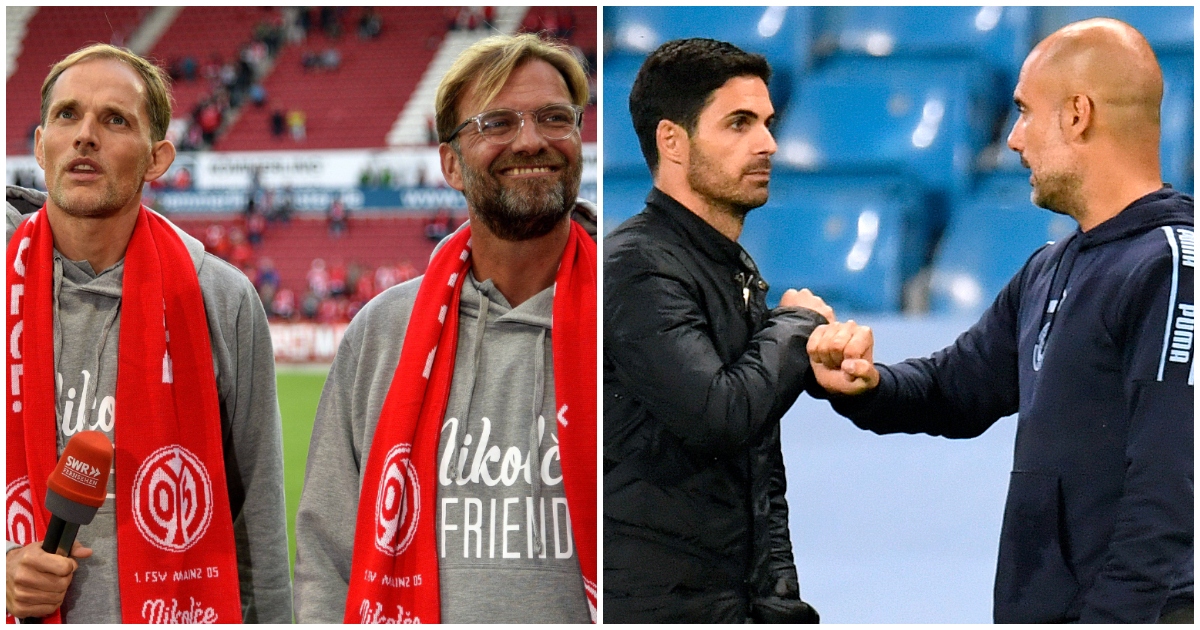 We really are being buttered up before the international break. Two huge Premier League games, a couple of derbies…. and Nemanja Matic.

Game to watch – Liverpool v Chelsea
Only two matchdays in, we have already had a few fixtures that have triggered the senses. Especially with full stadiums being a thing once more. But Chelsea’s trip to Liverpool is the first Premier League match of the season to really grab your balls and give them a big, vice-like squeeze.

Both clubs have had serene starts to the season, with each scoring five goals in two wins and neither defence having been breached. For Jurgen Klopp and Thomas Tuchel, the confidence must be flowing and we can only hope each manager buzzes off it ahead of kick-off at Anfield.

There are intriguing match-ups all over the pitch, but the headline-grabber must be Romelu Lukaku, readjusting to the Premier League, against Virgil van Dijk, acclimatising to playing football again.

Lukaku was given a comfortable reintroduction on his Chelsea debut last week, being allowed by a patchwork Arsenal defence to take eight shots on Bernd Leno’s goal. Van Dijk won’t afford the Belgian the same privilege. Watching Lukaku attempt to pin Van Dijk around the box will be one of the highlights of the bank holiday weekend.

Elsewhere, will Reece James be granted the freedom to make Andrew Robertson’s head spin like he did with the Liverpool defender’s Scotland team-mate Kieran Tierney last week? Can Liverpool’s front three highlight the need for Tuchel to recruit another centre-back before Tuesday?

Both Klopp and Tuchel could justify a pragmatic approach with the intention of taking a point to maintain some momentum going into the two-week hiatus. But if both choose to be bold – and each has good reason to be – we could have an early-season classic to ease us into the worst international break of them all.

Team to watch – Arsenal
Before the main event on Saturday night, the matinee holds plenty of intrigue. And perhaps a little less fear for Mikel Arteta than he might have been feeling before Wednesday night.

The Gunners went to West Brom in the Carabao Cup after a couple of miserable league defeats to face the buoyant Baggies. But Valerien Ismael did Arteta a huge favour by making 11 changes and fielding six full debutants, all of whom handed Arsenal safer passage than they must have been expecting.

Can they take that morale boost and turn it into something tangible at Manchester City on Saturday lunchtime?

Not likely. Certainly not if you give any credence to the odds – the Gunners are currently 12/1 to win on Saturday lunchtime.

You can see why. Arsenal’s defending has been wretched and their biggest summer signing, Ben White, is again set to miss out at the Emirates. They could have a young goalkeeper minding their net on his Premier League debut for the club and a right-back dealing with Jack Grealish all the while knowing he might be replaced before deadline on Tuesday.

Up front, though, Arteta tinkered against West Brom and Arsenal fans can only hope he resists the temptation to revert back. With Pierre-Emerick Aubameyang through the middle and Martin Odegaard in a central role off the front man, both looked far more comfortable – Aubameyang especially.

Will Arteta hold his nerve against his former club?

Manager to watch – Steve Bruce
For almost any other other manager, Newcastle’s home clash with Southampton would be must-win. The supporters were already calling for Bruce’s head in pre-season and since the Premier League kicked off, the Magpies are pointless from two matches having also being bundled out of the Carabao Cup by Burnley.

“We haven’t lost on the night,” said Bruce, but his faux optimism is fooling no-one. The Newcastle boss cut a lonely figure before and during the shoot-out and another defeat to Saints will leave Bruce even more isolated, even if Mike Ashley will do all he can to avoid cutting him adrift.

It won’t help that Saints are buoyant. After taking a point from Manchester United last week, they smashed eight past Newport on Wednesday night.

That was without Adam Armstrong, their big summer signing who returns to Newcastle desperate to show his former club what they are missing after they sold him to Blackburn in 2018 for £2million. Armstrong also banked the Toon another £6million courtesy of a sell-on clause activated when Rovers sold him to Saints in the summer. Money they could use to pay off Bruce if Newcastle go into the international break on the back of another disheartening defeat in front of a dissenting St James’ Park.

It has been a very good window so far for United with the signings of Raphael Varane and Jadon Sancho. But the seemingly inevitable refusal to strengthen their midfield will leave half the job undone by the time 11pm Tuesday comes around.

So between a solid defence and a scary-looking attack, Ole Gunnar Solskjaer will likely have to make do with a plodding midfield. One capable of neither screening nor creating.

Matic will do most of the protection job and one man he will have to stop is Ruben Neves, who looks tailor-made to add some dynamism to United’s engine room.

Of course, Solskjaer could give Donny van de Beek a game. Crazy talk, we know…

EFL game to watch – Derby v Nottingham Forest
Forest may be unbeaten in their last eight East Midlands derbies but they go to Pride Park on Saturday lunchtime in utterly wretched form.

Chris Hughton’s side are rock bottom of the table and pointless after four defeats in their opening four games of the Championship season. The Carabao Cup brought no respite – they were humped 4-0 at Wolves.

The rot started at the end of last season. Not since April 5 have Forest won in the Championship – a run that stretches to ten matches. An 11th in El Cloughico could spell the end for Hughton.

Wayne Rooney’s Rams are in a rather better frame of mind after a win and a couple of draws to start their league season. But Derby are better than most when it comes to shooting themselves in the foot. It might not be pretty…

European game to watch – Rangers v Celtic
There aren’t many games on the continent that set the pulse racing in anticipation before the weekend. Sure, settle in for Reims v PSG on Sunday evening when Lionel Messi could make his debut in perhaps the only game we could see him, Neymar and Kylian Mbappe play together in the same attack.

The first Old Firm derby of the season, though, seems the most intriguing match this weekend beyond these borders. Not since December 2019 have Rangers and Celtic gone into battle in a packed arena and both have grounds for optimism.

Rangers have won five of the last six meetings while Celtic go to Ibrox on the back of consecutive 6-0 victories while Ange Postecoglou gets his feet under the table at Parkhead.

Even if the game is sh*te – which it almost certainly won’t be – the sight and sound of a bouncing Ibrox alone will be worth tuning in for.