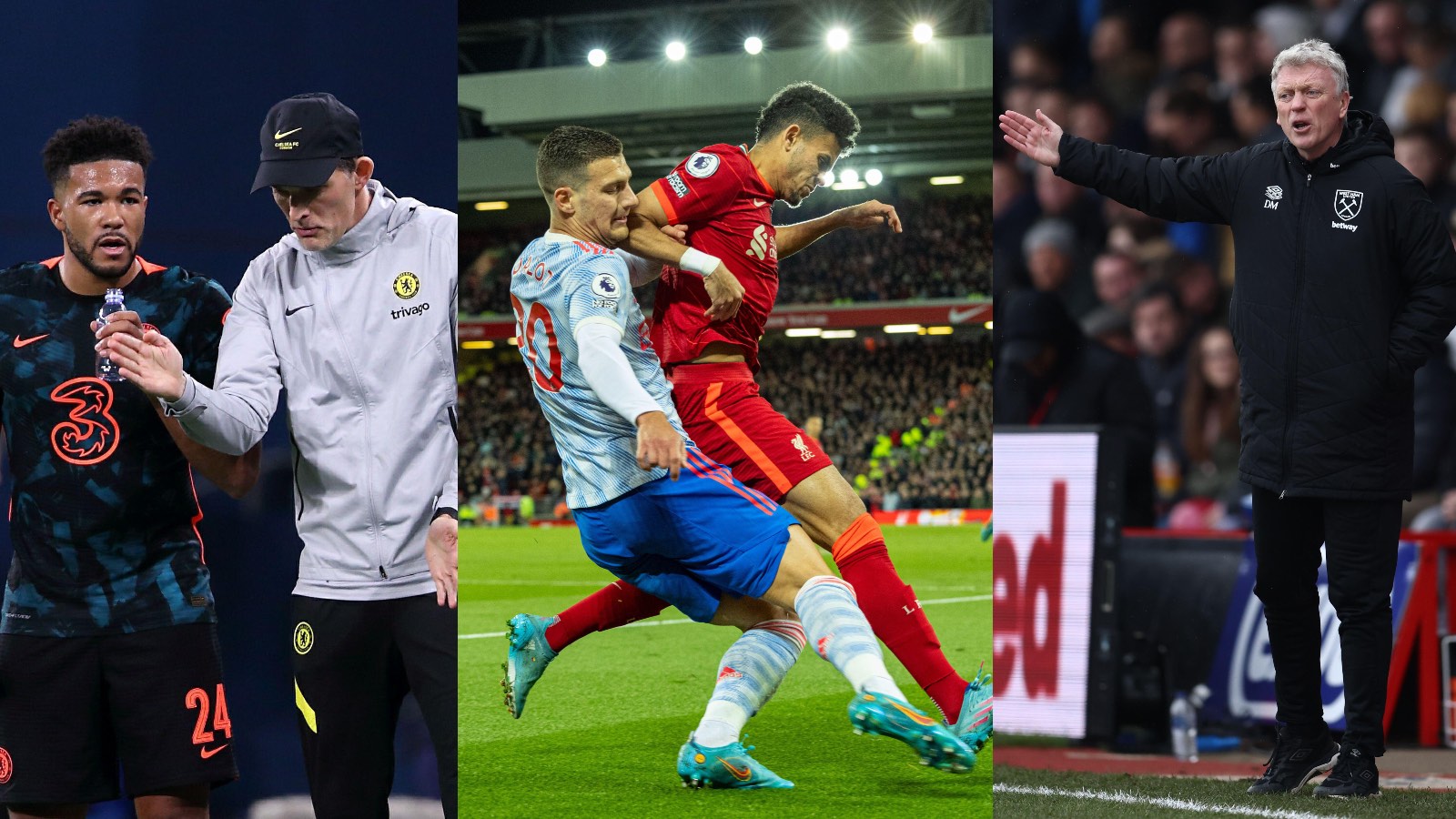 Manchester United can genuinely go above Liverpool, David Moyes needs a win and we can’t wait to see the choas Amadou Onana can cause from the start for Everton…

Game to watch – Manchester United v Liverpool
You would have got very long odds on these two having just a couple of points between them after their opening two games of the season.

Many of us were hoodwinked into believing Erik ten Hag could cure the many United ills, only for him to be dragged into the mire through two of the club’s most embarrassing defeats in Premier League history.

The United manager will no doubt say they’re going for the win against their great rivals on Monday, but privately he will likely be praying for anything short of an absolute mauling.

Possibly as surprising has been Liverpool dropping points against Fulham and Crystal Palace.

It already feels like we’re nearing a point where Liverpool need to string some wins together to keep pace with Manchester City, who don’t look like ceding possession all that much, let alone points. Defeat for Jurgen Klopp’s side at Old Trafford would be perhaps their worst loss to Manchester United ever, given both the woes of the Red Devils and the damage it would do in their bid to win the title, which has only just got going but already looks to be a tall order.

Liverpool have played well in spells in each of their opening games, and it’s bonkers to think having watched both them and United this season, that by the time we brush our teeth on Monday night, Ten Hag’s side could be above Klopp’s in the Premier League table.

Team to watch – Chelsea
Chelsea put the frighteners on all but the most astute member of the F365 team with their 2-2 battering of Tottenham last weekend. Thomas Tuchel and his team reminded those fools and many more that they remain a far better football team than Spurs despite that draw and, on that showing, are nailed on to finish in the top four.

It was their best performance since they tore Real Madrid apart at the Bernabeu, but they produced similarly impressive displays against many top teams last season, including in both cup finals as they matched (or even bettered) Liverpool chance for chance only to be undone in the penalty shootouts. They’ve been a big game team under Tuchel.

A greater test of Chelsea’s prospects this season will be their ability to swat teams like Leeds aside. The same fixture last season saw them toil throughout, only for Jorginho to save them from the spot after a very favourable decision from the referee.

As was the case against Everton on the opening day, Chelsea rarely look comfortable in games they should win.

It’s easier to see how Tottenham or Arsenal can ease past such opponents. Chelsea lack the firepower of their rivals vying for the Champions League spots, and faced with low blocks and less adventurous opposition, they still look set to struggle. Further additions in the transfer window may help (or may not) but key to Chelsea’s success in the Premier League this season won’t be winning the biggest games, when they will always give a good account of themselves, but the lesser ones. Three points is three points, fellas.

Manager to watch – David Moyes
If a mood board was created to encapsulate David Moyes it would likely be antithetical to that of his opponent on Sunday, Graham Potter.

Moyes’ would be a busy mess of muddy pitches, Glaswegian haunts and quotes from war heroes. Anything to paint him as the gruff purveyor of pragmatic football, and it would be in stark contrast to that of the stat-obsessed hipster basing training sessions on a feeling.

Potter’s would have clean lines and a soft pallette, perhaps with a flock of indistinguishable birds fluttering above a message like ‘If your ship doesn’t come in, swim out to it.’

These are the impressions of the two managers we are more than willing to accept, no matter how wide of the mark they are; it’s fun to think such different personalities can be successful Premier League managers.

And they’re in charge of teams that may be more evenly matched this season than we thought. West Ham – who have spent significantly this summer to fight on multiple fronts – are yet to pick up a point. Brighton have four in the bag despite losing both Marc Cucurella and Yves Bissouma.

It’s Aston Villa, Tottenham and then Chelsea after Brighton for Moyes, who’s earned a fair bit of leeway at the London Stadium, but not enough for him to be entirely comfortable right now. There will likely be some hemp-wearing bohemian waiting in the wings, pawing over xG, ready to put him out to pasture.

Player to watch – Amadou Onana
Onana spread panic in his nine-minute debut against Aston Villa, with Everton suffering one moment and reaping the rewards the next. The 6ft 4ins midfielder’s first driving run resulted in Villa putting the game seemingly out of sight as they counter-attacked having stolen the ball from him. His next saw him brush three defenders aside and square the ball for what turned out to be a consolation goal.

He may be slightly more risk-averse when starting games but if his first appearance is anything to go by, he will make things happen and be a hell of a lot of fun. Frank Lampard will be desperate to see the best of him on Saturday as the pointless Toffees host Nottingham Forest.

Football League game to watch – Sheffield United v Blackburn Rovers
They’ve both scored six and conceded four in their four games each so far, but Blackburn look down on Sheffield United – and everyone else – from the top of the Championship table ahead of their meeting at Bramall Lane on Saturday.

Blackburn’s Ben Brereton Diaz has been linked with a move away this week with Everton said to be interested, while there are also rumours of Liverpool reigniting their interest in Sheffield United’s Sander Berge. But the pair remain for now and could be crucial in the promotion pushes of their respective teams this season.

European game to watch – Lille v Paris Saint-Germain
PSG boss Christophe Galtier has seen his new side pick up two wins in their first two Ligue 1 games, scoring five in each of them. It depends if seeing uncompetitive but impressive football is your thing, but assuming it’s not, Lille should provide greater entertainment and a first proper test for Galtier in the hot seat on Sunday evening.

Lille swatted Auxerre aside on the opening day and drew with Nantes last weekend.