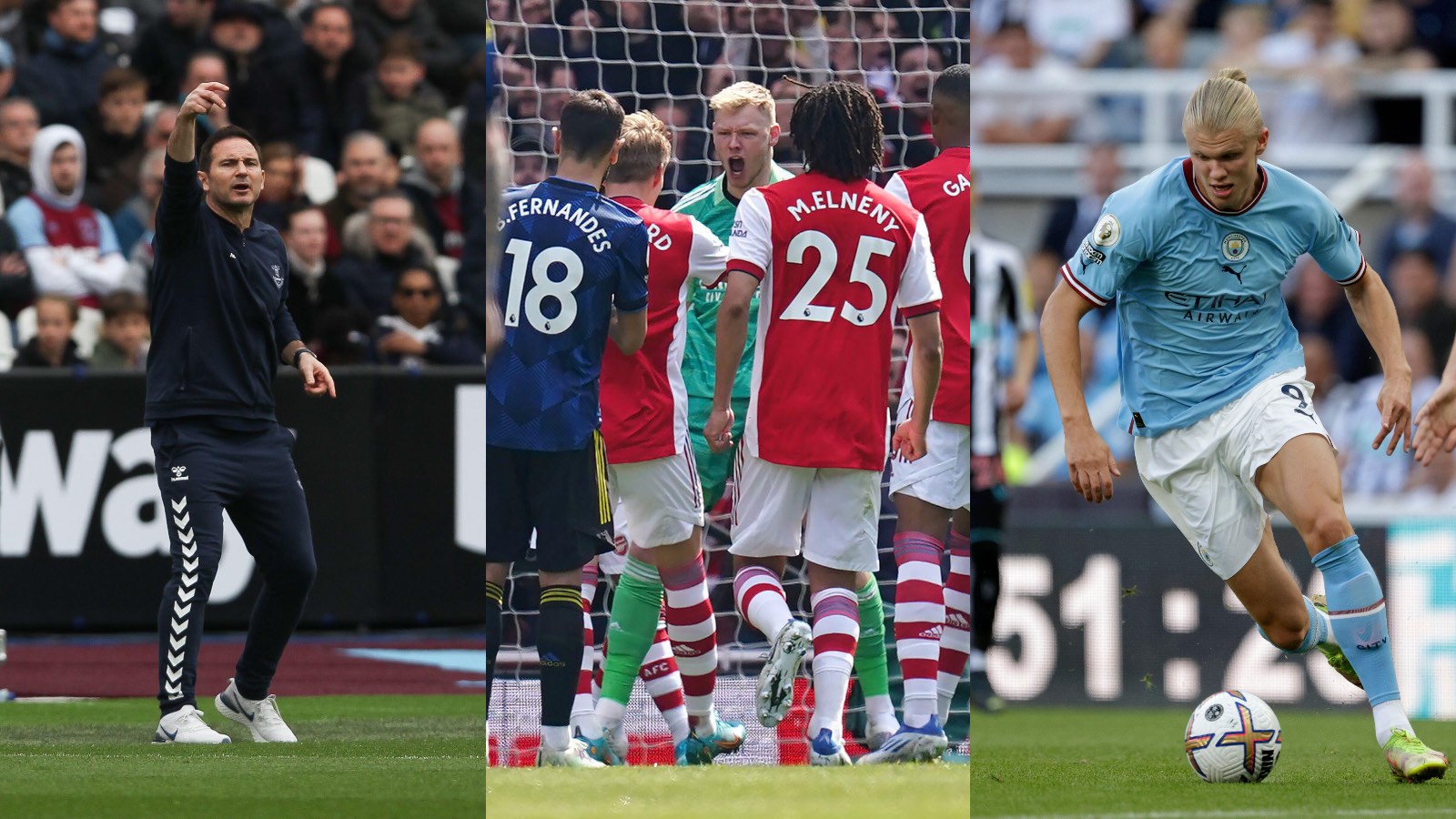 Champions-elect Arsenal may actually be tested as they travel to Old Trafford, Erling Haaland could force Steven Gerrard’s early retirement and we can’t wait to see how angry Jurgen Klopp gets at Frank Lampard and Everton…

Game to watch – Manchester United v Arsenal
There was a point, about two weeks ago, when it was fair to suggest Arsenal would have to wait until October, eight games into the Premier League season, before being given a true test of what we are now obliged to call their title credentials. It would be their first big clash in a north London derby, because, let’s face it, a fortnight ago, a trip to Old Trafford would have been considered a stroll in the park.

But hey, after three wins on the trot, United can go within three points of high-flying Arsenal with victory over them on Sunday afternoon.

For those of you who were glued to the F365 transfer blog on Thursday evening, United played a game of football – a pretty boring one – as they saw off an admittedly very tame Leicester side.

But there were shoots of growth under Erik ten Hag, with the defence looking far more sound and certainly shouting a lot when making a relatively easy block or the like, which is excellent PR.

Jadon Sancho took his goal very nicely and the players are working together and for each other. Even Cristiano Ronaldo didn’t seem overly annoyed at having to come off the bench.

Hopefully Sunday will go some way to answering two questions: How good are a good Arsenal team against footballers roughly as good as them? And how far away from being a good team are this group of good Manchester United players?

Team to watch – Chelsea
Let’s be clear: Chelsea have been bang average. Tottenham game aside, when they turned it on in a big way, something – which could just as easily be described as ‘everything’ – has been missing.

Thomas Tuchel called them soft after the defeat to Southampton. Tepid would be another descriptor. Or lazy. Or bored.

Chelsea fans will be hoping, praying, things settle down at the end of quite the transfer window. Kalidou Koulibaly’s looked a bit shaky, but in general the new signings haven’t been the problem. Raheem Sterling looks sharp and now has three goals in two games, Marc Cucurella seems like a solid, more composed alternative to Ben Chilwell.

Tuchel needs an instant impact from Wesley Fofana against West Ham on Saturday and will likely get it – centre-backs tend to thrive at Chelsea. The strikers however…

Pierre-Emerick Aubameyang’s taken on the cursed No.9 shirt and will presumably be given a decent go through the middle, before the dementia cloud lifts once again and we all remember that Chelsea can’t play with a striker and that’s absolutely fine. It’s the clean sheets that are the basis of Tuchel’s success at Chelsea; they remain the key.

The Everton boss does seem to have created something of an ‘us against them’, batten down the hatches vibe at Goodison Park, which will be rocking as they welcome Liverpool for the Merseyside derby. Despite just three points in their opening five games, the Everton fans remain staunchly behind Lamps.

Other than crushing Bournemouth, Liverpool have been far from convincing this season and Lampard will presumably want his side to play on that uncertainty with a fast, aggressive start in the hope of getting a goal or two up before shrinking into their shell and irritating the hell out of Klopp and his players.

It’s unlikely to be pretty.

Player to watch – Erling Haaland
This almost certainly isn’t true, but a lot of the time when watching Haaland it feels like he’s scoring goals that you’ve never seen before.

It might be a run from way onside before circling the ball to slot it into the corner; a near-post run and toe poke; or a header from two yards out having made three different movements to be in the perfect position.

Him being some sort of footballing Autobot is already a cliched assessment, but when those spotty scientists designed him it appears they overrode the bit where you have to choose the types of goals he could score from a selection of 50 or so, and instead hit Ctrl+A, Ctrl+V, return.

City travel to Villa Park on Saturday evening and it feels more likely that Haaland will bag his third hat-trick in three games than he won’t.

We can’t always pick Haaland for this section, but in future, take it as read that he is always the player to watch.

Football League game to watch – West Brom v Burnley
The top of the Championship is very Premier League-y as things stand with Burnley in third behind Sheffield United and Norwich, and Watford just below them in fourth.

West Brom though, typically vying with Norwich as top yo-yo-ers, are languishing in 14th with just the one win this season so far.

Vincent Kompany has transformed Burnley into possession-hungry entertainers in double quick time and momentum may be starting to build after two wins on the bounce. Steve Bruce meanwhile, will be feeling the pressure at The Hawthorns.

European game to watch – AC Milan v Inter Milan
Inter are a point above Milan in Serie A. It’s the Milan derby. Romelu Lukaku is back. Watch it.