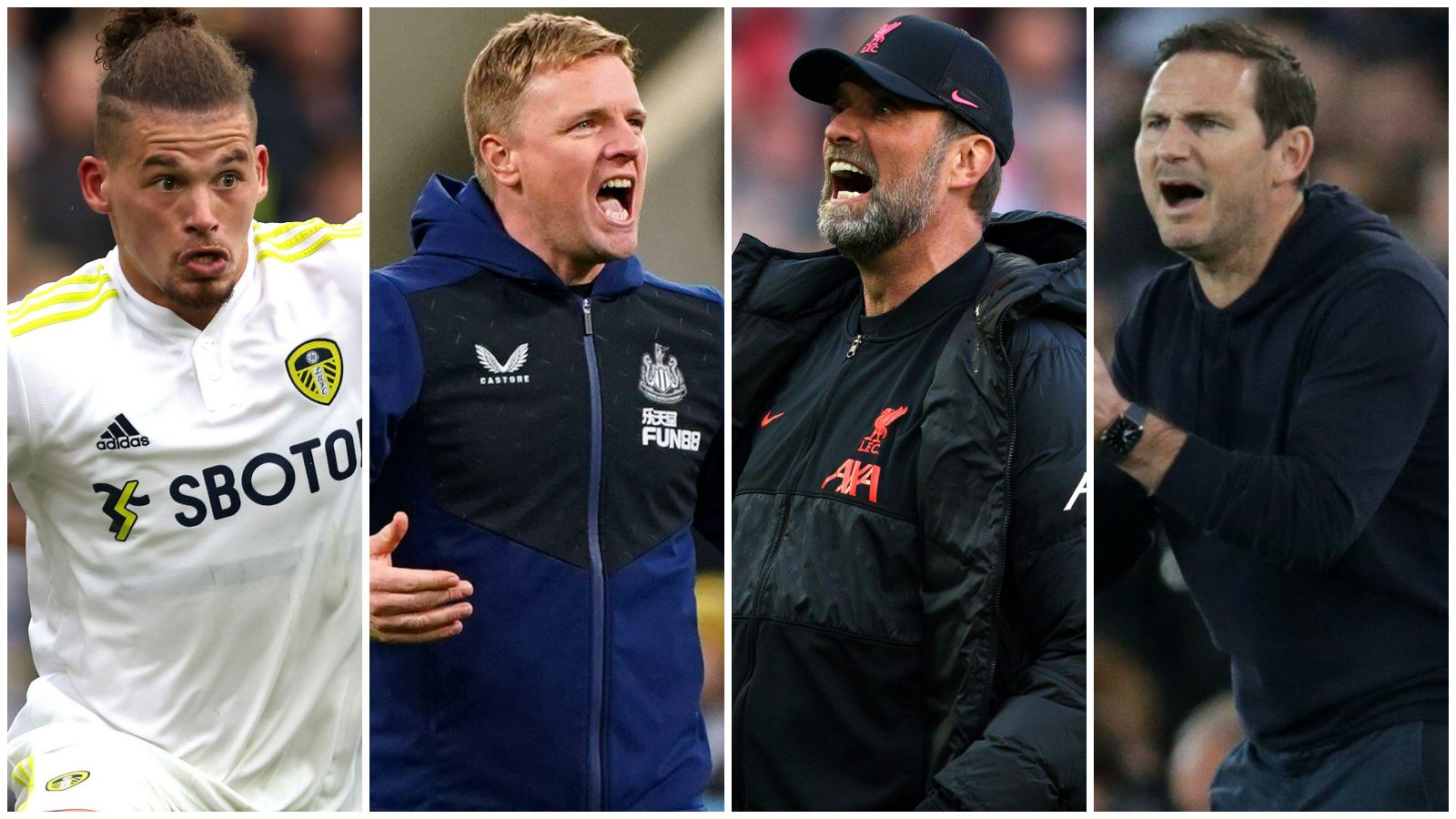 It’s another huge weekend at the top and bottom of the Premier League, with Liverpool facing their toughest remaining fixture while Frank Lampard takes on some familiar faces…

Game to watch – Newcastle v Liverpool
Liverpool start the Premier League weekend with probably their toughest assignment of the five left between now and the end of the season. Which is further testament to the job being done by Eddie Howe at Newcastle.

This is a clash of the top-flight’s two most in-form teams of 2022. Howe’s Newcastle entered January second-from-bottom of the table, with all hopes pinned on the winter window as their only route out of danger. Of course, spending £92million helped but there is much more behind the Magpies’ stunning revival, with Howe at the core of it all.

Since the turn of the year, Newcastle have earned six fewer points than Liverpool but two more than Manchester City. Only City have beaten the Toon on Tyneside since Howe took over and they are currently on a six-game winning streak at home, their best run since 2004, to take them to ninth in the table.

So the prospect of going to a stirringly unified St James’ Park on Saturday lunchtime, in between Champions League semi-final legs, has to be the most daunting test Liverpool have remaining as they bid to chase down City at the summit. Tyneside is the only place that could currently give Anfield a run in the optimism stakes and Howe has harnessed that energy perfectly.

Liverpool can’t hope to quieten the crowd, but in their current form, you wouldn’t bet against the Reds if they had half a million flag-waving Geordies inside St James’ Park on Saturday. Their biggest threat is a Newcastle side pulling for each other like few other teams at present with the licence and freedom to express themselves.

Jurgen Klopp reckons the Reds are up against the schedulers too having tried and failed to get this game shifted from the lunchtime slot after a Wednesday night European game. Some rotation is inevitable but Klopp has a balancing act to perform with Newcastle energised and primed to expose any weariness or rustiness.

Player to watch – Kalvin Phillips
If Liverpool come through their Tyneside trip unscathed, the pressure is heaped upon Manchester City to keep pace on Saturday evening when they cross the Pennines to visit Dirty Leeds.

Jesse Marsch’s men may remain in a relegation fight but the Yorkshiremen are currently unbeaten in five games as they prepare to welcome a City side that has beaten them only once in three attempts since the start of last season. Admittedly, that was a 7-0 pummelling at the Etihad earlier this season, but Marsch has instilled some backbone into the side that was ravaged by injuries when they were embarrassed by the champions before Christmas.

At Selhurst Park, Marsch described Leeds defensively as being able to bend without breaking, and the aim will be the same against City on Saturday. Phillips is still, in his own words, getting up to speed with fitness and the demands of Marsch’s system, but the Manchester United target will be key to Leeds stopping the leaders, whatever form and shape they take while Pep Guardiola juggles their domestic duties with the Champions League semi-final second leg at Real Madrid in midweek.

Manager to watch – Frank Lampard
Lampard will be hoping City can do them a favour at Leeds and Watford can stop Burnley’s revival before the Everton boss comes up against his former side Chelsea on Sunday lunchtime, by which time they could be five points adrift of safety.

The Everton manager has taken a kicking lately, especially so after the Merseyside derby, when the Toffees went to Anfield and highlighted their own inferiority to their neighbours.

Such tactics were the act of a man made desperate by his team’s plight and while they were easier to explain away at Anfield, Goodison Park won’t accept a repeat of that approach on home soil against Thomas Tuchel’s Blues. Evertonians, and the Premier League table, demand a home win, or at the very least the intent to claim one.

Lampard’s blueprint will likely resemble that which almost held Manchester City at Goodison when Everton were denied a stonewall penalty late on that could have boosted them and Liverpool in their respective fights at each end of the table. The Toffees have been considerably more resilient at home and Everton supporters are rallying with orchestrated shows of support before and during the visit of Chelsea.

Lampard has to tap into that positivity and empower his side to attack a Chelsea side that has conceded 13 goals in seven games. Before two away games, one point might not be enough for the Toffees.

Team to watch – Arsenal
Tune in at 4:30pm on Sunday to see which Arsenal shows up for the London derby at West Ham…

Might it be the imperious Gunners who dominated Chelsea in their last capital clash; will we see again the nervous side which turned over Manchester United despite never looking comfortable; or could the team who lost three on the bounce to Brighton, Palace and Southampton show up to once again derail their top-four ambitions?

Fortunately for Arsenal, Spurs are similarly as flaky; United are a mess; West Ham have other priorities and are focusing on a route to the Champions League via Europa League glory. The fact the Hammers’ semi-final clashes with Eintracht Frankfurt sandwich this derby could also play into Mikel Arteta’s hands when he takes the Gunners to the London Stadium. David Moyes made six changes last week at Chelsea and the Irons boss looks set to repeat his rotation this weekend, especially with four centre-backs potentially missing.

Arsenal have somewhat ridden their luck to regain control of the race for fourth but the breaks won’t keep coming if they fluff their lines again this weekend. A convincing performance is optional but three points are compulsory.

EFL game to watch – QPR v Sheffield United
The Blades’ trip to Loftus Road kicks off a frenetic penultimate round of Championship fixtures, with the eight clubs below Fulham all potential play-off contenders.

United currently occupy sixth place – the final play-off berth – and need a win against Rangers, who have fallen way off the pace in the promotion race, to make the final-day meeting with champions-elect Fulham a little less daunting.

You can watch Fulham’s attempt to sew up the title against fifth-placed Luton on Monday, with a fairly inconsequential meeting between Barnsley and Preston also televised on Saturday afternoon. For a full preview of the second-tier action, check out Benjamin Bloom’s Champ Big Weekend.

European game to watch – AC Milan v Fiorentina
The title races in France and Germany have already been wrapped up while Real Madrid only need a point at home to Espanyol on Saturday afternoon to clinch the La Liga crown. So beyond these shores, it’s off to Italy for the most exciting climax…

Inter had the chance to go top on Wednesday evening when they played their game in hand against Bologna. But the Nerazzurri f***ed it in calamitous style, going down 2-1 like this…

Could that cost them the Serie A title? pic.twitter.com/7NcXOxiMwZ

So with four games remaining, Milan hold retain a two-point lead at the summit before they host Fiorentina on Sunday afternoon before Inter go to Udinese.