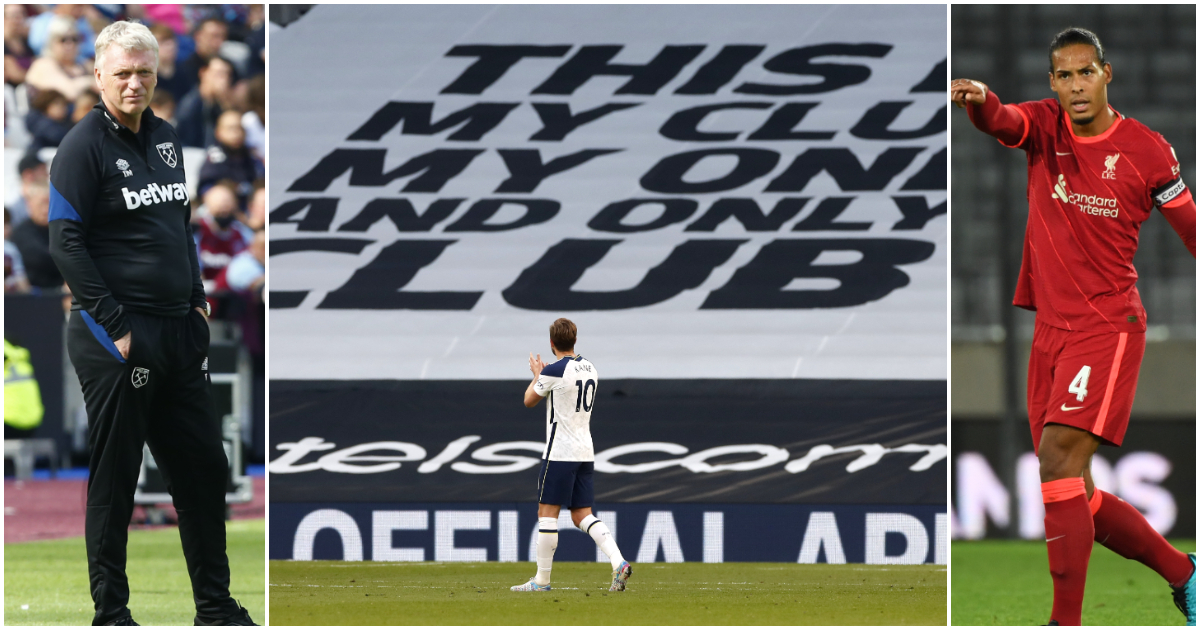 The Premier League is back and so might be Virgil van Dijk. Harry Kane could spend the opening weekend collecting pennies on the bench.

Will Nuno Espirito Santo – whose first game as Spurs manager is another subplot here – name him on the bench? If so, this turns into a Subs’ Bench to Watch and a surely record-breaking afternoon for the phrase “a penny for his thoughts” no matter what happens on the pitch. Indeed, if Kane called in all those commentator pennies he’d be able to self-fund his move to City and solve everything. Will he even be at the ground? Will he in fact be a City player by Sunday afternoon? At time of writing all things seem deliciously possible.

There’s no point pretending Kane and the circus around his transfer saga can or even should be ignored on Sunday. Even the response from a packed White Hart Lane 2.0 will be revealing.

But there will also be a potentially fascinating and instructive football match going off in the background. For the defending champions, a stern test at a ground where they have struggled. City have lost on all three of their visits to Tottenham Hotspur Stadium and have yet to score a goal there.

This is not that Spurs side, though. It’s not even the one that prevailed 2-0 last November at a time when the Kane-Son telepathy was making Joseball a viable proposition. After that game it was not entirely insane to believe it was Spurs rather than City who might challenge for the title.

Another Spurs win here would not have the same effect but it would be a cracking start for the “painful rebuild” long forewarned by Mauricio Pochettino and now at long last taking place.

For City, a decent early test of their mettle ahead of what promises to be an altogether tougher title battle this time around. And yet thanks to that prolific goalscoring elephant in the room, a nagging feeling that we’re not seeing the full picture. City won’t yet have their shiny new striker, Spurs don’t yet have whichever seven poor bastards they spend City’s money on.

Team to watch – Leeds
Nobody thinks they’re going the Full Sheffield United, but it will be fascinating to see whether Leeds can avoid the pitfalls of second-season syndrome. Certainly their thrillingly enjoyable return to the top flight last season appeared built on more solid foundations than most of those who ride the wave of promotion and pull the bigger boys’ pants down.

It’s been a story of evolution not revolution over the summer and the hope must be that a settled team are better able than most to hit the ground running.

They’ve not been handed the easiest of opening assignments but it is one they should welcome. Just as they marked their return to the top flight after so long away with a dazzling if ultimately unsuccessful display of bravura football at Anfield, so a trip to Old Trafford can provide the stage to show that there will be no falling away in the difficult second season. There’s also surely no harm in facing United before the new arrivals have had time to bed in.

Player to watch – Virgil van Dijk
The assumption had been that Joel Matip and new arrival Ibrahima Konate would be Liverpool’s central defensive pairing for the season opener at Norwich, but Jurgen Klopp – massive tease that he is – has hinted that either or indeed both of Virgil van Dijk and Joe Gomez could make their long-awaited return to action right from the off.

“It looks like [they are available to start]. But how it is with these kind of things, we have nothing to rush in this department,” Klopp grinned to the club’s website.

On the one hand, Norwich away doesn’t necessarily feel like a game where there’s a need to take any great risk but on the other, if they are as fit and ready as Klopp suggests it would be a heck of a statement on the opening weekend.

Manager to watch – David Moyes
Can it possibly go as well for West Ham as it did last season? Kicking off at Newcastle is just the sort of thing that might offer some clues. Not a game that West Ham must or necessarily should win, but nor is it the sort of game where defeat can be easily shrugged off.

So we can make very firm decisions on how both teams’ seasons will go depending on the result from this one, as long as we all agree to completely forget that last season began with Newcastle comfortably defeating a lacklustre West Ham side 2-0 on the opening day.

Football League game to watch – Swansea v Sheffield United
Last season’s beaten play-off finalists and a team relegated from the Premier League will both be targeting promotion and that means neither will be particularly overjoyed about the prospect of going 0-2 by losing this one. Swansea are looking to bounce back after being the latest team on the receiving end of Chile sensation Ben Brereton, while the Blades’ return to tier two was marked in limp fashion by a 1-0 home defeat to Birmingham.

European game to watch – PSG v Strasbourg
PSG will be looking to make it two wins from two after a slightly unconvincing 2-1 victory over Troyes in their opener, while Strasbourg will hope to upset the hefty odds to take their first points of the season after a 2-0 loss to Angers on the opening weekend in what is precisely the sort of fixture they really need to get a result in. But none of that is why this is the game to watch, is it? He is unlikely to start, but may be on the bench alongside his big pals Neymar and Angel di Maria on their own return after extended post-Copa America summer breaks of their own.