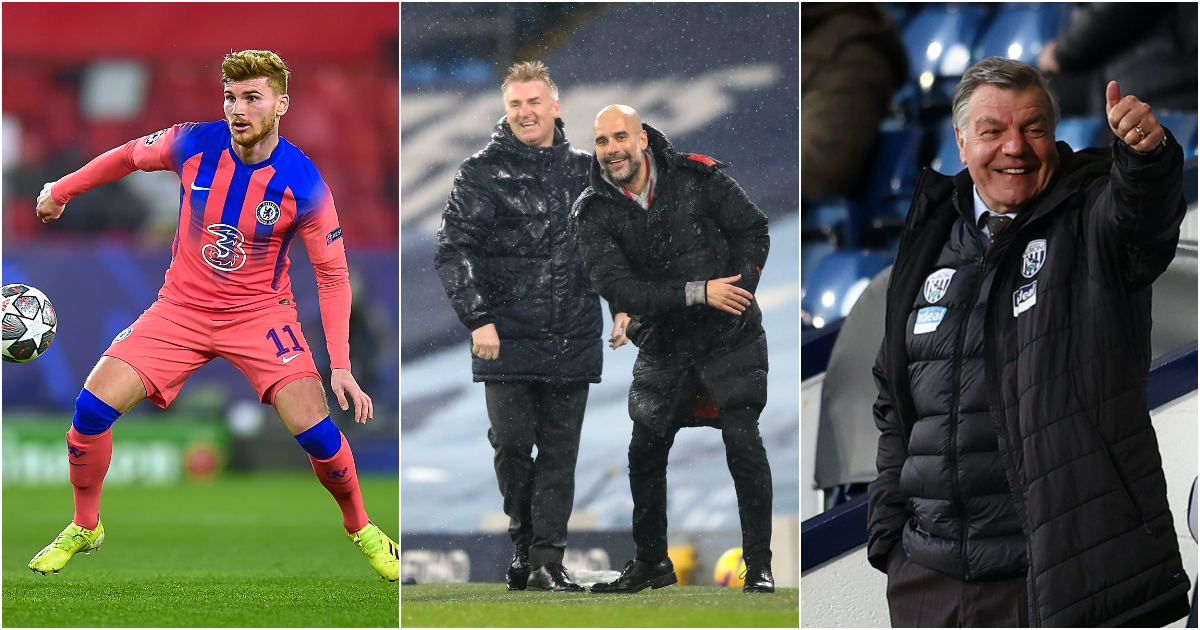 It will be all eyes on a Jose Mourinho-less Tottenham, who could be set free like Sam Allardyce’s Baggies in another Big Midweek…

Game to watch – Aston Villa v Manchester City
The narrative goes that Aston Villa have fallen apart due to the absence of Jack Grealish. They’ve won just two of the eight games he’s missed, scoring eight goals in the process. But while there’s no doubt they lose creativity and spark without him, Villa’s form before Grealish’s injury wasn’t all that great either: they won three of the preceding nine games, scoring just seven.

And although Grealish has had a big say in what is still likely to be a very good season for Villa, it’s the goalkeeper and defence who have been most impressive. After conceding the second most goals (67) and keeping the second fewest clean sheets (7) in the Premier League last season, they now sit behind only Manchester City (23:17) and Chelsea (31:15) with 33 goals conceded and 15 clean sheets. That’s an outstanding turnaround.

They will have their work cut out against the division’s top scorers. Kevin De Bruyne’s absence will be seen as a bonus for Villa, but will likely give them little more than false hope with City comfortably winning all nine games the Belgian’s missed through injury this season.

But Pep Guardiola will be mindful of what is now just an eight-point gap to Manchester United, the same difference at the same point in the season as in 2012, when a certain Sergio Aguero finished off a six-game winning streak to pip their rivals to an unlikely title win. Could it be CAVANIIIII this time?

Team to watch – Tottenham
Why didn’t Mourinho just think ‘f*** it’? He’s won everything it’s possible to win, he was the greatest manager in the world for a decade or so – what did he have to lose? Rather than playing attritional, boring football deplored by everyone, why didn’t he try to bring some joy to the supporters of the club he was managing? It’s baffling.

Ryan Mason will be in charge for the time being and having played for Spurs alongside the likes of Dele Alli and Gareth Bale, the sensible way for him to get the fans quickly onside would be to get that pair back in the team. Southampton are close to the ideal opponents for a first game in charge – they look knackered, short of ideas and are very much there for the taking. So take them.

Manager to watch – Sam Allardyce
If only Mourinho had taken a leaf out of Big Sam’s book. That’s right – he’s let West Brom off the leash and they’re frollicking with tongues lolling and tails wagging. They were a pure delight to watch in their dismantling of Chelsea and Southampton. Whether the Baggies now stay up or go down, whether Allardyce stays or goes, their time together will be remembered fondly – or at least not disdainfully – by all involved.

Their opponents on Thursday, Leicester, may have secured their place in the FA Cup final but are looking to arrest a familiar slide from the top four. Allardyce will fancy his chances.

Player to watch – Timo Werner
‘Flop’ is a term used frequently in footballing circles – particularly by those looking to appeal to the Google Gods, for whom its brevity is a definite plus point. It would be ‘Chelsea flop’ over ‘Chelsea player who has failed to live up to his lofty reputation’ – though the former feels far more cruel and permanent.

But what constitutes a ‘flop’? Classification seems to be based on a combination of time and performance, with the split between the two contributing factors the variable in each specific case. For example, a player who’s been really, really sh*t could be deemed a flop in a much shorter time frame than someone who’s been just a bit sh*t, who would have to wait for their label.

But while goals have been harder to come by than expected, 22 goal contributions from 37 starts isn’t bad going and he’s fourth among Premier League players for assists in all competitions, behind Harry Kane, Son Heung-min, Bruno Fernandes and Marcus Rashford.

Should he start against Brighton on Tuesday – and Thomas Tuchel’s team selection is getting harder and harder to predict – Werner will frustrate and he will run very fast. Those are the only guarantees, rather than the goals Chelsea assumed they were buying. But a ‘flop’? Hmmm… one of the less floppy flops, for sure.

Football League game to watch – Norwich v Watford
There will be some difficult conversations to come for Norwich despite their very impressive return to the Premier League. The ease of their promotion will only step up the interest from suitors in the likes of Emiliano Buendia, Todd Cantwell and Max Aarons.

Should they manage to hold on to that trio and add rather than replace this summer, we should see them make a far better fist of survival next season.

Their opponents on Tuesday and fellow potential yoyo artists, Watford, are currently six points clear of Swansea in third and will be hoping the Norwich players’ socially distanced six-person celebration barbecues, that presumably contributed to their defeat to Bournemouth last time out, have continued into this week.

European game to watch – Juventus v Parma
Andrea Agnelli’s Juventus losing to Atalanta in the wake of the European Super League announcement was very tasty. Losing again to Parma on Wednesday, dropping out of the Champions League qualification places and ultimately failing to qualify for the first time in a decade would be sweet, sweet justice.

Not good enough to be in the Champions League, even if you wanted to be, Andrea. You abominable arsehole.