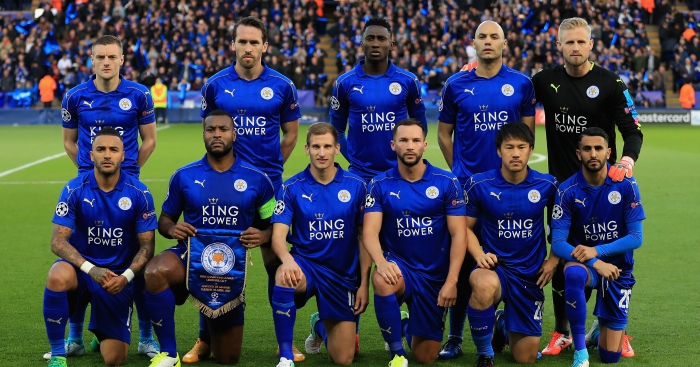 So what is the norm for Leicester, and what is the exception? Claudio Ranieri’s team struggled last season before the Italian’s sacking, evidence that 2015/16 was indeed an astonishing outlier. But when you include the run of form under Nigel Pearson at the end of 2014/15 and their results under Craig Shakespeare from February onwards, it is the slump that strikes as the odd one out.

It is also impossible to overstate how much the Champions League impacted upon Leicester last season. The club’s summer transfers were dire almost to a man, and thus a flimsy squad was forced to prioritise. A debut season in European football’s elite club competition was always going to win that battle, and Leicester’s Premier League form, and odds with betvictor.com, suffered as a result.

In the end, Leicester only finished two points behind eighth position. Even if Riyad Mahrez leaves, which is surely certain, Demarai Gray deserves the chance to step into his shoes. With Vicente Iborra adding further steel to a central midfield in which Wilfred Ndidi flourished after January and Harry Maguire allowing one of the two old-timers in central defence to have a rest, why shouldn’t Leicester break into the top half with relative ease?

As ever, goals will be key. Leicester only scored 48 last season in the league and Mahrez contributed six. Unless Islam Slimani and Ahmed Musa can improve significantly on their debut seasons in England, the responsibility will again fall on the shoulders of Jamie Vardy. Having switched to 4-2-3-1 towards the end of last season, buying Kelechi Iheanacho would allow Shakespeare the option of playing a more regulation 4-4-2.

Leicester supporters should probably be advised to walk into 2017/18 with a strong dose of perspective. Given that it is only four years ago that they were in the Championship, anything other than another relegation battle can be considered satisfactory. Have that attitude, and the chances are that they will be pleasantly surprised.

Joe Brewin: It’s not quite as hard to assess what a ‘good’ season would be for Leicester this time around. The top half should be a realistic priority even without Riyad Mahrez – who I can’t see staying despite the lack of sensible bid so far – and especially so without the Champions League (yup, still sounds daft). Anything but another depressing relegation battle.

We’ve signed much, much better than last summer, and importantly the squad is settled. I’ll be gutted to see Mahrez go – he’s a bloody magic player – but this is Demarai Gray’s year to replace him.

Matt Stanger: 12th. After two seasons of frenzy, this should be a regression toward the mean for Leicester. Craig Shakespeare did well to stabilise the club after replacing Claudio Ranieri, but his first campaign as permanent manager will be a completely different challenge. Harry Maguire impressed for Hull and looks a decent addition, even at £17 million, while Vicente Iborra could turn out to be a snip at £12 million. The Foxes should be tough to beat, but may lack the goals to climb into the top ten.

Daniel Storey: 8th. I’ve gone and talked myself into Leicester finishing in the top eight, despite the fact that Riyad Mahrez will almost certainly leave. The form under Craig Shakespeare last season was superb, and we know what can happen if Leicester get their tails up. With a couple more additions and a lack of European football, Leicester can be dangerous again.