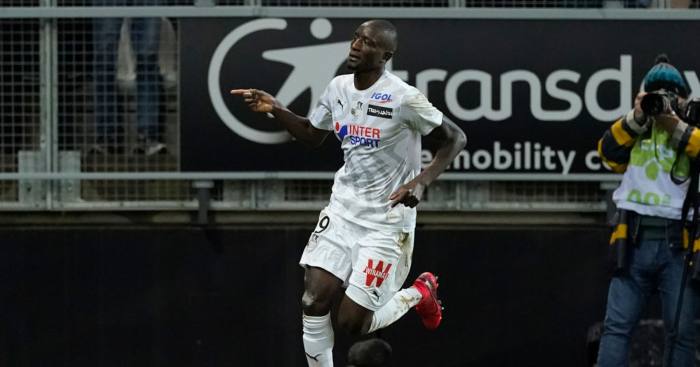 Amiens striker Serhou Guirassy will be in demand this summer with four Premier League clubs interested in his services, according to reports.

The Frenchman has eight goals and an assist in 21 starts for the Ligue 1 side and three of those have come in Amiens’ last two matches against Monaco and Paris Saint-Germain.

And Sky Sports News reporter Kaveh Solhekol claims that his brilliant display in Amiens 4-4 draw against leaders PSG over the weekend ‘was watched by scouts from Premier League clubs including Tottenham‘.

Chelsea are understood to be ‘watching him closely’ after Frank Lampard was informed of the quality Guirassy possesses.

OPINION: No Frank, Chelsea are not playing well…

Solhekol adds that Premier League sides West Ham, Bournemouth and Brighton were also interested in the 23-year-old during the January transfer window with the Seagulls making a loan offer with a view to a permanent £14.5m move.

Brighton could not complete a deal but if Guirassy can keep up his current form until the end of the season then more clubs could be in for him.

The Sky Sports News reporter adds that Guirassy ‘will be available for about £18m in the summer’.