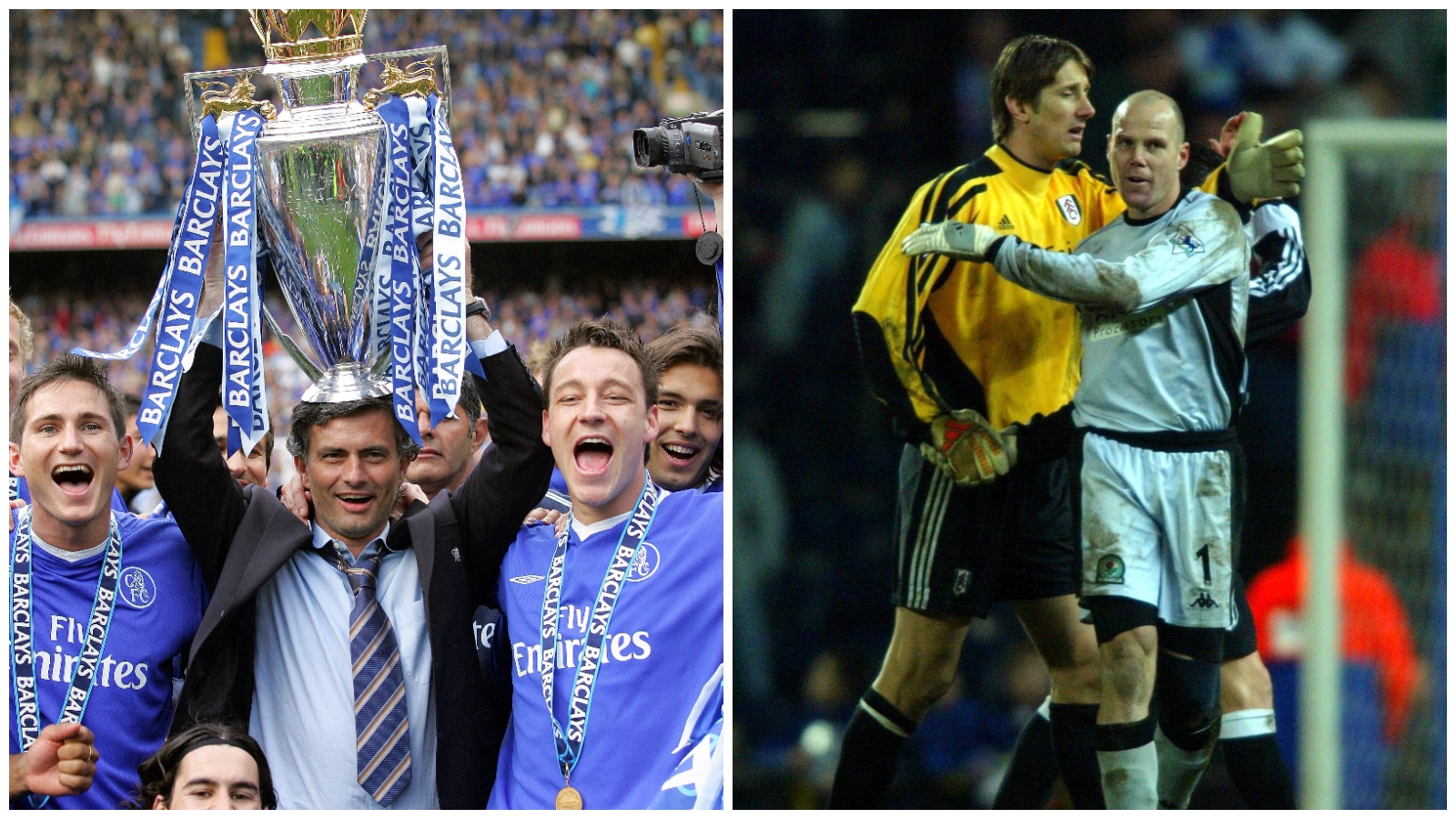 People say records are there to be broken, but some are there to stay for an eternity. We give you 14 Premier League records that will probably never be bettered.

Most consecutive seasons as manager (22)
From 1996 until 2018, Arsene Wenger was manager of Arsenal, meaning he was in charge for a colossal 22 seasons before being hounded out of the club by a divided fanbase.

It is worth noting that Sir Alex Ferguson was Manchester United boss for nearly 27 years, but he took charge in 1986, six years before the maiden Premier League season.

Such is the nature of football these days, it is very hard to imagine a manager lasting as long in a job as Wenger. Claudio Ranieri did the impossible with Leicester City by guiding them to their first Premier League title, only to get sacked less than a year later. Sean Dyche was the longest-serving manager in the top flight before surprisingly losing his job as Burnley manager last season. Top managers such as Pep Guardiola and Jurgen Klopp who are pretty much unsackable have spoken about their next steps as a manager and are unlikely to reach ten seasons at Manchester City and Liverpool respectively.

Having said that, Arsenal have stuck by Mikel Arteta through thick and thin so who knows what could eventually see him sacked. Unless he is offered a more appealing job, fans will be forced to #trusttheprocess in 2040.

Fewest goals conceded in a season (15)
Jose Mourinho joined Chelsea in 2004 and was named ‘The Special One’ after his first press conference. He really had to make things tick right away, and oh boy, he did just that.

After guiding FC Porto to Champions League glory against all the odds, Mourinho moved to Stamford Bridge looking to dethrone Arsenal, who had just become the first team in Premier League history to go the entire season without a defeat. More on that in a minute.

In the Portuguese manager’s first season he did in fact dethrone the Invincibles, and only lost one match in the process. This came away to Manchester City, before they were good. Ouch. The most astonishing thing in Chelsea’s title success was their defensive record. They conceded 15 league goals in 38 games with Petr Cech in goal, John Terry and Ricardo Carvalho at centre-half and Paulo Ferreira and William Gallas as full-backs.

No team will do this again. There is just no chance whatsoever. We have seen some brilliant defensive partnerships and goalkeepers in the past, and not one has come close to this record since it was set 17 years ago.

Fewest losses in a season (0)
The Invincibles went through an entire season unbeaten and Arsenal fans have been clinging onto this one for a while. But the question is, is yours gold? Didn’t think so.

What a side this was. It was full of technical brilliance, grit, fight, ruthlessness and had Thierry Henry. Need I say more?

Fewest games for a player to score three hat-tricks (8)
Erling Haaland is quite good, isn’t he? His treble in the Manchester derby on Sunday was his third of the season in only his eighth Premier League appearance.

Prior to that match, the fastest player to reach three hat-tricks was Michael Owen, who took 48 games. Forty-eight.

Most consecutive games played (310)
Brad Friedel played in 310 games in a row in the Premier League. I could not find the record for second place here, shamefully, but the record for an outfield player is Frank Lampard with 164. He was so close to toppling the American goalkeeper.

Friedel broke this record playing for Blackburn Rovers, Aston Villa and Tottenham. He joined Spurs in 2011 where he was able to continue his streak and also became the oldest player to make an appearance in the Premier League.

Andre Villas Boas dropped him to the bench to hand Hugo Lloris his first league start in October 2012; Friedel started the next game. Why would you do this, Andre? Why?

The Rams kicked off the season with a 2-2 draw at home to Portsmouth, which was a promising result. They then snapped a four-game losing streak to beat Newcastle United in September. Since that day at Pride Park, they drew seven and lost the rest. They actually took four points off Newcastle, which is pretty funny.

One win over the course of a season, totalling 11 points in total. Bloody hell. Surely a team this bad won’t be promoted again?

Lowest (non-Covid) attendance (3,039)
This will obviously not be broken. On January 26, 1993, Everton faced Wimbledon at Selhurst Park in front of a little over 3,000 people.

It was a cold Tuesday night and Everton accounted for 1,500 of the supporters in the ground. In fairness to Wimbledon, they weren’t playing at their home stadium and folk were still waiting on the first payday after Christmas.

United won the title with 90 points, conceding an impressive 24 goals in the process. It’s not quite 04/05 Chelsea, but impressive nonetheless.

The man to end Van der Sar’s run? Why Blackburn’s Roque Santa Cruz, of course. The Red Devils then didn’t keep a league clean sheet for over two months after that. Pathetic.

Giggs actually scored in 23 seasons in a row, but two came prior to the first Premier League campaign.

Most consecutive games scoring against the same team (9)
No, it is not Luis Suarez against Norwich City, but it is a Liverpool player.

Norwich would have hated coming up against the tricky Uruguayan, but so did Crystal Palace when it came to Sadio Mane.

The Senegalese forward scored in all nine of his Reds appearances against the Eagles. He could have made it ten out of ten but he was busy winning the African Cup of Nations with his country. I reckon he probably didn’t mind too much about missing that game. Palace still lost 3-1 even without their nemesis on the other team.

Most defeats in a row (20)
Derby were bad but at least they broke up their losses up with a few draws.

The unfortunate club to hold this particular record is Sunderland, who lost 20 top-flight matches on the bounce.

To kick off the 05/06 campaign, the Black Cats lost five in a row before a 1-1 draw against West Brom kicked off a three-game unbeaten run! Good going, guys!

It was in 2003 that the run began. Their final victory of 02/03 came against Liverpool in December that campaign, losing 18 – including their last 15 – and drawing two of their last 20 matches to see them relegated with 19 points. If it wasn’t for Kevin Phillips, they could have finished on single-digit points and we wouldn’t be ripping the p*ss out of Derby.

Most points without finishing first (97)
Honestly, how unfortunate do you have to be to accumulate 97 points across a 38-game campaign, yet finish second? That is astounding. As a non-Liverpool fan, I know that I found it bloody hilarious at the time, as did everyone else not associated with the Reds.

97 points would have won the league in every other season, bar the year prior when Manchester City finished with 100 points, which is obviously another record that probably won’t be broken.

These two clubs pushed each other to limits that we have never witnessed before (it’s still not the best rivalry in Premier League history) and in 18/19 when Liverpool had 97 points, they only lost once and finished a single point behind City.

Stepping aside and going on a tangent; discussing this record sparked an interesting debate in a group chat.

Mane scored a hat-trick with his first goal coming in the 13th minute, and his third coming in the 16th. Should this technically count as a 16-minute triple as that is technically how long it took Mane to score three times? Or should it only count from when the ball hits the back of the net for the first time? If it is the former, then Heung-min Son scored a hat-trick in 13 minutes on the pitch against Leicester. Maybe he needs to have a word with the dubious goals panel or whoever deals with this sort of stuff.

Fewest points as champions (75)
Liverpool fans will be furious reading this. They finished second with 22 more points than title winners Manchester United in 1997.

When looking at champions with the fewest points, the top three all happened in the ’90s and it is safe to say the game has changed since then.

While many say it is the most competitive league in the world and in no way a ‘farmers league’, City have won four of the last five titles, finishing on 100, 98, 86 and 93 points. And their tally of 86 probably would have been higher if Liverpool weren’t completely rubbish that season.

United lost their crown the following season to Arsenal, whose 78-point haul is the second-fewest in history, sandwiched between two Red Devils triumphs.

This team under Sir Alex included some famous names such as Roy Keane, Paul Scholes, Ryan Giggs, David Beckham, Ole Gunnar Solskjaer, Eric Cantona, Peter Schmeichel and Andy Cole. Despite only winning the league with 75 points, what a side that was.