Home All The News Prem ref admits being ‘scared’ to make decisions against Keane, Vieira 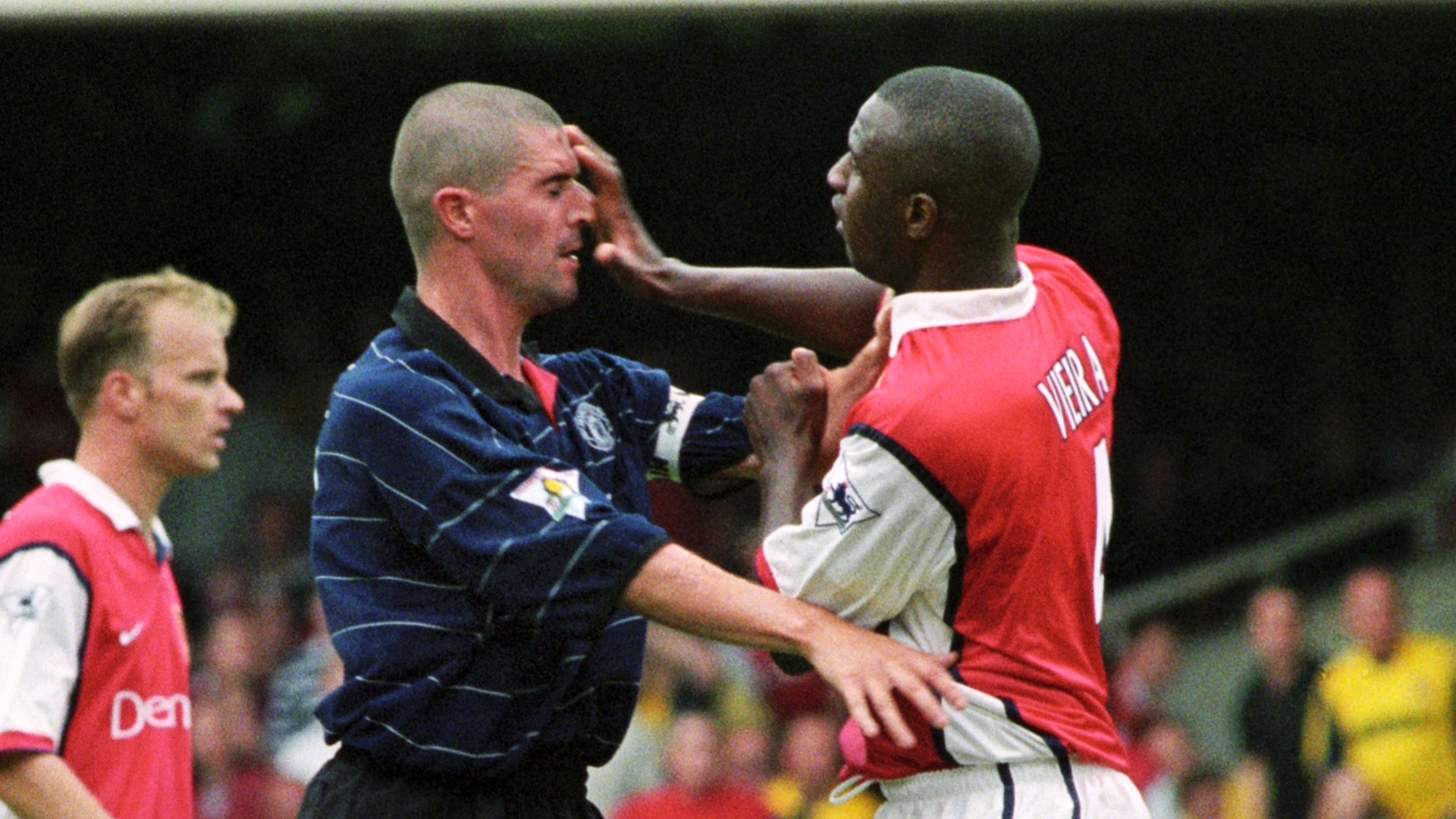 Mike Dean has admitted he was “a bit nervous and a bit scared” when refereeing Premier League legends Roy Keane and Patrick Vieira.

It was recently confirmed that Dean would be retiring from refereeing at the end of the season.

He started his career as a top-flight referee in 2000 and has gone on to take charge of 553 Premier League matches, handing out 114 red cards – more than any other official.

After 22 years in the job, Dean – who has also refereed the FA Cup final as well as European and international fixtures – is now looking forward to tackling his next challenge.

“Times have moved on, referees are getting older, I am not getting as fit as I used to be, so things have got to change,” the 53-year-old told Sky Sports.

He added: “Contrary to reports and speculation, I have been offered no VAR role at all, that is just word of mouth I think.”

In a separate interview with BBC Sport, Dean admitted to be “scared” and “nervous” when refereeing certain Premier League players.

He cited Vieira and Keane, who had a legendary rivalry during their Arsenal and Manchester United careers, respectively.

OTD 05 – The greatest game of the Premier League era, and by far: Roy Keane sees Patrick Vieira out there. pic.twitter.com/xr9L9F458f

“I got into the Premier League in 2000 when I was 31, 32, and you had massive, big personality players, the Keanes, people like that… Vieiras, they were all around then,” he said (quotes via the Daily Star).

“For me to come from the Football League to the Premier League and reffing them players, having gone from reffing League One and League Two and the odd Championship game, to being in the Premier League, it was just a massive step and I was probably in awe of them as well, to be fair.

“[I was] probably a bit nervous and a bit scared of making a decision.”