The Premier League has reacted swiftly to Liverpool and Manchester United's planned revamp. 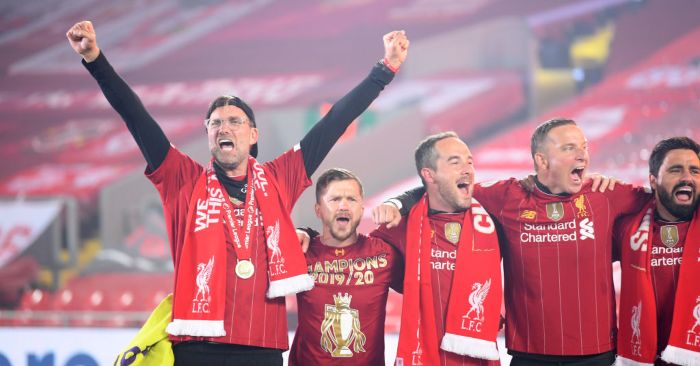 The Premier League has released a statement regarding the ‘damaging’ plans that were revealed on Sunday.

In wide-ranging proposals that the Daily Telegraph suggest would be ‘the biggest shake-up in football in a generation,’ the established Premier League elite have made a grab for increased power.

Liverpool are said to be driving ‘Project Big Picture’ with the support of Manchester United, while Arsenal, Chelsea, Manchester City and Tottenham are expected to offer their backing in due course.

But the Premier League have spoken out to stress the importance of clubs cooperating ‘through the proper channels’ to allow ‘all clubs and stakeholders the opportunity to contribute’.

It turns out that Leicester, Wolves and the majority of the division are not too enamoured with having absolutely no say in pretty much anything.

‘We have seen media reports today regarding a plan to restructure football in this country,’ the statement read.

‘English football is the world’s most watched, and has a vibrant, dynamic and competitive league structure that drives interest around the globe. To maintain this position, it is important that we all work together. Both the Premier League and The FA support a wide-ranging discussion on the future of the game, including its competition structures, calendar and overall financing particularly in light of the effects of COVID-19.

‘Football has many stakeholders, therefore this work should be carried out through the proper channels enabling all clubs and stakeholders the opportunity to contribute.

‘In the Premier League’s view, a number of the individual proposals in the plan published today could have a damaging impact on the whole game and we are disappointed to see that Rick Parry, Chair of the EFL, has given his on-the-record support.

‘The Premier League has been working in good faith with its clubs and the EFL to seek a resolution to the requirement for COVID-19 rescue funding. This work will continue.’

Premier League statement on @SamWallaceTel “Project Big Picture” story. Lots here about “working together” but clubs below big six have been completely blindsided by these proposals. pic.twitter.com/AxzmsPtMgF