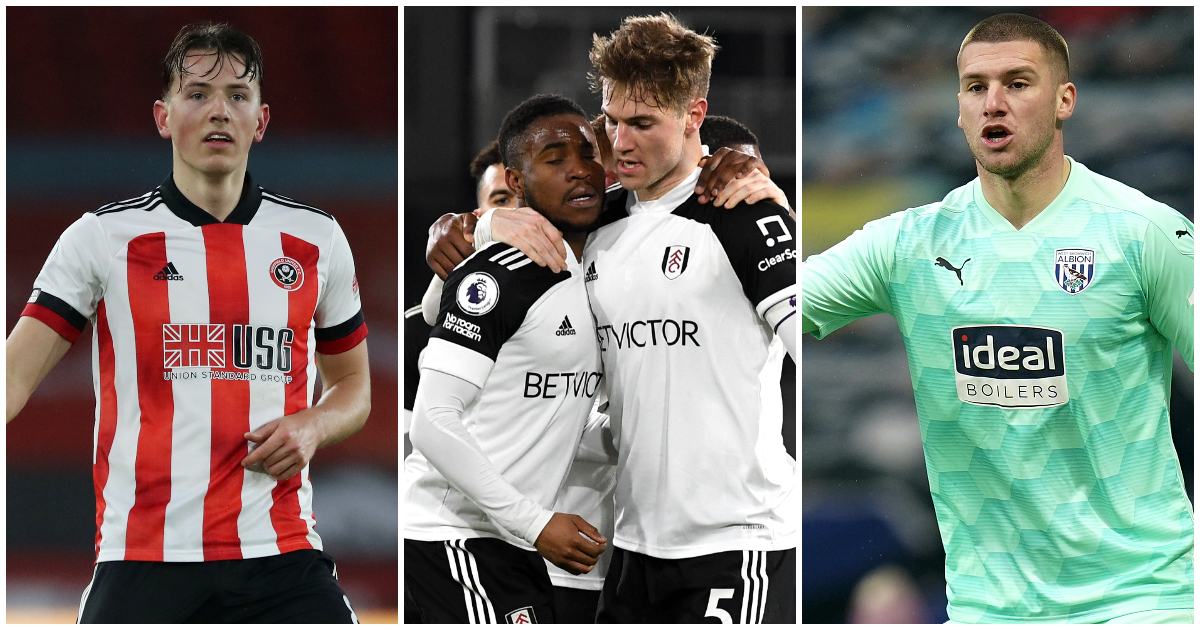 The vultures will be circling Fulham, Sheffield United and West Brom for the best of the Premier League’s worst…

GK: Sam Johnstone (West Brom)
Alphonse Areola will make a fine keeper for a top-flight club somewhere in Europe next season after he returns briefly to PSG, and Aaron Ramsdale certainly improved as the season wore on behind Sheffield United’s defence. But were it not for Johnstone, West Brom would doubtless have been relegated long before Sunday.

Joachim Andersen (Fulham)
One of Fulham’s loanees, the Lyon centre-back has been a leading presence in the heart of Scott Parker’s defence. Andersen has served as stand-in skipper for much of the season and his performances have caught the attention of many Premier League clubs.

If Andersen likes London, he’ll have a few options to stay in the capital. Tottenham have had talks scheduled while Arsenal, West Ham and Crystal Palace have also been sniffing around Craven Cottage. Manchester United and Leicester have also been linked. Kudos to Andersen’s agent.

John Egan (Sheffield United)
The centre-back has spent most of the season putting out fires around him while skippering the Blades for most of a torrid season. United have suffered for a lack of consistency in their back three all campaign, with Jack O’Connell a huge miss.

Egan has anchored a rearguard that has been peppered, yet his reputation among Blades remains undiminished. Having signed a new four-year contract last summer, the Republic of Ireland defender will likely remain at Bramall Lane for another assault on the Championship.

Toisin Adarabioyo (Fuham)
Fulham’s defence certainly wasn’t their biggest problem this season. Only two sides from 10th down have conceded fewer goals than the Cottagers, and Adarabioyo’s partnership with Andersen has been a major factor.

The 23-year-old joined Fulham from Manchester City last summer for £1.5million and his form this season means the Cottagers could turn a quick and hefty profit if they choose to cash in on the centre-back.  If he needs a reference, how is this from Pep Guardiola: “He is fast, he is faster than people can believe. He is strong in the air. He has the quality to look behind the line for the next step, the next pass.”

Ainsley Maitland-Niles (West Brom)
The England international will return to Arsenal this summer after a productive half-season at The Hawthorns. There he has been allowed to play in his preferred central midfield position, but with Arsenal keen to cash in, it seems he may have to get used to playing on the flank.

Manchester United have been linked with Maitland-Niles but it is reported the Red Devils see him as a right-back. Just as Southampton did in January, when he chose West Brom’s engine room instead.

Ademola Lookman (Fulham)
The winger is up for grabs after an impressive season in Fulham’s attack, where he had more goal contributions than any other Cottager. With four goals, he was only one behind top scorer Bobby Decordova-Reid but he chucked in four assists, more than any team-mate.

Lookman has been on loan from RB Leipzig and Fulham’s relegation likely rules them out of a permanent deal. The 23-year-old made only one start for Leipzig last season so the Germans will be looking to move him on again. Come on down, Brendan.

Sander Berge (Sheffield United)
They were hardly flying while Berge was fit but the 23-year-old’s absence – he was sidelined between mid-December until last week – has certainly been a factor in Sheffield United stinking out the Premier League.

His absence doesn’t appear to have put off the vultures. Berge has a release clause of around £35million in his Blades contract and there is seemingly a queue of clubs keen to keep him in the Premier League, including Manchester City, Liverpool, Arsenal, Everton and Aston Villa. AC Milan and Lazio have also been linked with the Norway midfielder.

Andre-Frank Zambo Anguissa (Fulham)
The Cameroon international failed to make any impact whatsoever when he arrived at Fulham upon their promotion three years ago. But having spent last season at Villarreal, Anguissa has returned and proved himself to be a Premier League-level midfielder.

Only Pierre-Emile Hojbjerg has made more tackles in the midfield third but Anguissa is much more than a destroyer. Only four players (Adama Traore, Marcus Rashford, Sadio Mane and Ademola Lookman) have dribbled past more players this season.

Matheus Pereira (West Brom)
The Brazilian has been the Baggies’ talisman since he joined from Nuremberg at the start of last season. Having laid on 20 goals in the Championship last term, Pereira has shown he can do it in the Premier League too, hitting double figures for goals – the only relegated player to do so – as well as five assists. And only Marcus Rashford has nutmegged more players.

Sam Allardyce admits West Brom have a job on to keep the 24-year-old but at least they will be guaranteed a hefty profit on the £9million they paid for him. “There’s a price for everybody, isn’t there? Everybody has a price,” said Big Sam. “Certainly in the latter part of the season, he’s proved himself to be more than comfortable at this level.”

Rhian Brewster (Sheffield United)
The Sheffield United striker hasn’t scored a Premier League goal since he joined from Liverpool for £23.5million last summer. So how does he make this XI?

While Brewster’s reputation has taken a big hit, it was already large enough to absorb it because of the trees he pulled up at youth level. There will be Premier League managers who will look at the 21-year-old and believe he can be better utilised than the Blades have managed this term, when he has played more than 30 minutes on 14 occasions. And there will be chairman who will give Sheffield United their money back in the hope that Brewster might eventually double it.

Aleksandar Mitrovic (Fulham)
In contrast to Brewster, Mitrovic is almost a sure thing. Anyone looking at the Serbia striker knows exactly what they will get.

Some grief, yes. But the 26-year-old has proved he knows where the goal is, even if he appears to have forgotten the route having netted only once since the second match of the season. Some mitigation: The fact Fulham’s leading scorer has five goals which suggests a lack of creativity throughout the squad. And Mitrovic has been in and out of Parker’s XI since November.