Home Arsenal ‘No-look tackling’? No advice at all would be more absurd… 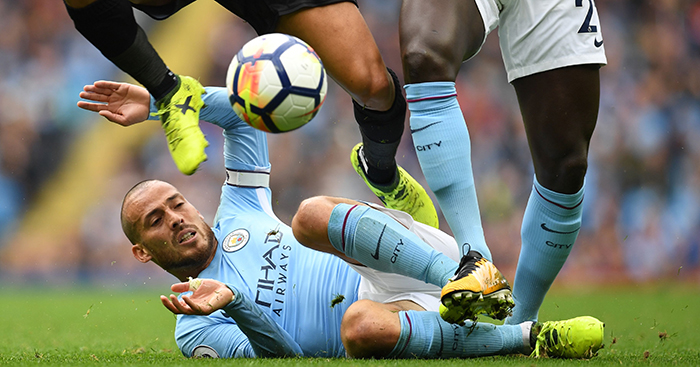 The tweet didn’t help. The Daily Telegraph’s Chief Football Correspondent Jason Burt knew that the real story is that football could be mothballed until at least next year if its chief protagonists do not agree to “cultural changes” to the sport now. Regardless of whether football resumes in June, July, August or October, this is the new version of football that everybody has to embrace. There is no option of waiting three months and then Premier League football can just resume as though a global pandemic had not changed all our lives in subtle and not-so-subtle ways.

The headline reflected the story – ‘Exclusive – Premier League to tell players: play now or risk no football until next year’ – but the tweet was a little different, emphasising one detail of the agenda to be discussed with captains and managers. And it was patently the most absurd detail and it sparked an entirely predictable reaction.

Exclusive @JBurtTelegraph report on the Premier League’s plan to convince captains and managers that it’s safe to resume includes telling players to ‘turn your face away when tackled’ https://t.co/kJjHFdqt1v

What was lost to those without a Telegraph subscription was that the devil was in the detail – players will being advised to ‘turn their face away when getting up from a challenge’. Not quite so absurd and certainly no more impractical than a thousand directives that will be issued across a hundred industries returning to work in the next few weeks. It will not be a rule or a law but guidance. There will not be a person working in any industry in the world who will not be sent an e-mail in the coming weeks with lists of must-dos, should-dos and maybe-you-should-think-abouts. Until we are all told otherwise, behaving as we normally would is not an option.

All this guidance in all those industries will boil down to three things – trying to avoid unnecessary face-to-face contact, trying to avoid unnecessary touching of shared surfaces and keeping our hands and face as clean as possible in case the first two things prove impossible. Looking away when exiting a challenge is a pretty easy way of limiting face-to-face contact, and other potential measures – no shared cars, disinfected balls and corner flags, keeping a distance when talking to officials – all come under the other headings. And they are all common sense if something probably nonsensical is about to happen.

And that’s the rub. It might be that playing contact sport is the truly absurd thing here. There is a good chance that in a month’s time, we will all wonder why the hell such a notion was even entertained. But the headline remains the same – if it seems absurd in a month, it will still seem absurd a month after that. If football is to return, then it has to come with adaptations just like every other walk of life. Finally, footballers are really being (almost) treated like everyone else. The pay might be inflated and the tests might be plentiful but going back to work still comes with risks and it still comes with tweaks.

It’s easy to scoff at the idea of ‘no-look tackling’ – and to speculate about ‘no-hands throw-ins’ or ‘no-head headers’ – but what would be far more ridiculous would be waving footballers back onto training grounds and then pitches without a word of warning or advice about how to protect themselves. That would be truly ludicrous.