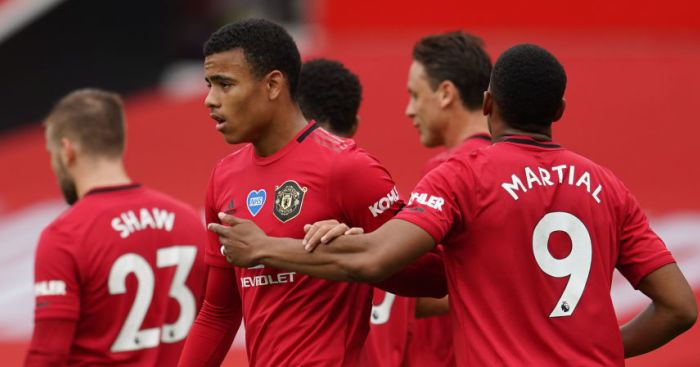 Project Restart is almost Project…Finished. Just three games left now for 18 of the Premier League’s 20 teams and, while we know for sure what’s happening at the very top and very bottom of the division, quite literally some of the 18 in between still have a whole lot to play for.

Let’s go through the whole lot of them to see where they currently stand, where they might finish, and where they are actually definitely guaranteed to finish (not a guarantee).

What they could do: Break the 100-point barrier, cure the rona, end hunger and secure lasting world peace. And more importantly have a significant impact on the chase for Europe via games with Arsenal and Chelsea.

What they will do: Whatever the hell they damn well like. It is job well and truly done for Jurgen Klopp’s side, who have nevertheless been understandably and perhaps even inevitably not quite the same team since the restart, dropping points in three of their six games having done so in only two of the other 29. Having the same Project Restart record as Jose Mourinho’s Apathy Experiment is a good banter.

What they could do: Finish second, miles behind Liverpool but well clear of everyone else, making Monday’s victory over UEFA far more significant than City’s various recent 4-0 and 5-0 spankings of assorted dross/record-breaking champions.

What they will do: Finish second, miles behind Liverpool but well clear of everyone else, making Monday’s victory over UEFA far more significant than City’s various recent 4-0 and 5-0 spankings of assorted dross/record-breaking champions.

What they could do: Finish third with a points total that would have been good enough for seventh last season.

What they will do: Finish fourth with a points total that would have been good enough for seventh last season. The damage from the twatting at Sheffield United has been exacerbated by Manchester City’s CAS win but also eased by Leicester’s collapse at Bournemouth and Manchester United’s stumble against Southampton. Just as well, because those last two fixtures are trappy.

What they could do: Finish third and secure a genuinely impressive return to the Champions League that should not be sullied by constant reference to their own post-Christmas catastrof*ck or the season-long catastrof*cks afflicting others.

What they will do: Do what Spurs tried and failed to do last season by managing to blow a seemingly impregnable top-four position via a dramatic second-half collapse. They’ve won just once since the restart, and things were already going badly wrong before then; it’s now a startling 14 points from 14 games either side of the break. Run-in fixtures literally could not be worse, all against teams with something to play for at the right end of the table and in markedly better form than the Foxes. They might not even hold on for fifth, or even sixth, and that’s just plain nutty.

What they could do: Finish third on a wave of giddy optimism and genuinely exciting attacking football.

What they will do: Pretty much that. Have far better form and a far kinder run-in than any of those around them. Palace are determinedly mid-table and already on the dangerously overcrowded beach, West Ham aren’t very good and Leicester’s arse has fallen all the way entirely out.

What they could do: Qualify for the Champions League via one of two tortuous yet not entirely outlandish routes. That’s a pretty decent position to be in just two years after getting back in the Premier League, really.

What they will do: Miss out on the Champions League twice which sounds a lot more of a pisser than it really is. Should hold on for a top-six finish, but that last-minute concession at Sheffield United with a couple of tricky away games still to come could yet prove costly.

What they could do: Finish in the top four, which would be mental in any context but even more so when those back-to-back 3-0 defeats early in the restart seemed to signal the end of a hugely impressive season back in the big time. Since then, they’ve beaten Spurs, Wolves and Chelsea.

What they will do: They really should finish seventh at least given those remaining fixtures. It would now be a huge disappointment for Sheffield United to finish below Spurs or Arsenal, a sentence that tells you absolutely everything about all three teams’ seasons. It’s not a bad run-in at all, assuming Leicester remain broken. Then it’s exactly the sort of games you want at the end of any season, and especially this one: two teams with literally nothing to play for unless you care about 11th spot and nobody does.

What they could do: Sneak into the Europa League by the skin of their arse, at which point Operation Gaslight will begin in earnest as Jose attempts to point out what a spectacular success this represents. On paper, have pretty decent Project Restart form and are fifth in the table since Mourinho was appointed which just goes to prove the old saying: Lies, damn lies, statistics and Jose Mourinho’s Tottenham Hotpsur managerial record.

What they will do: Miss out on Europe for the first time in a decade but, thanks to their resistible force overpowering Arsenal’s movable object in the NLD should at least now ensure St Totteringham’s Day is cancelled for another year and secure the least noteworthy north London bragging rights since the long-forgotten Rioch Times.

What they could do: Europe looks unlikely after the twin setbacks of WHL and CAS, but could realistically still at least restore the natural order and finish above Spurs.

What they will do: Finish ninth, which really is mad. If Liverpool can be bothered, it might even be tenth. There are genuine reasons for optimism under Mikel Arteta, but he is taking them from a low, low base.

This is cause I started hoping for St Totteringham’s day

What they could do: Another European campaign is a long shot but not entirely out of the equation. Overhauling either of – or even both – the north London shamblers would represent a tidy effort.

What they will do: Probably finish where they are, but piling further misery on north London is still very, very possible. While Spurs and Arsenal remain determined to look up they still have reason to look nervously over their shoulders. Burnley haven’t lost since a spanking from City in their first game after the restart and have eked out classic Burnley 1-0 wins over Watford, Palace and West Ham to go with a draw at Anfield. It’s form that suggests Wolves should hold no fears while both Norwich and Brighton look ripe for a bit more one-nilling. If they can get seven points from those three games, and current form suggests they absolutely can, they will almost certainly leapfrog Arsenal and very possibly Spurs as well. Sean Dyche is a genius.

What they could do: Finish disappointingly mid-table, again. Unlikely to be any higher than their current spot, so securing a sixth consecutive season between seventh and 11th is the aim. Exactly the sort of big goal Carlo Ancelotti has spent his career building towards. They could finish as low as 14th, which would be quite something given the occasional signs of life they’ve shown at various points. A win, a draw and a defeat from their remaining games would at least give them a neat and tidy three of each Project Restart mini-season which is… something, I guess.

What they will do: Might have to settle for 12th. While what happens to Everton’s season is now barely even of interest to Everton fans, they will one way or another have an impact on the meaningful stuff above and below them given fixtures against Europa-chasing Sheffield United and relegation-battlers Villa and Bournemouth.

What they could do: Pip Everton to 11th. Look, not all of these can be exciting.

What they will do: May very well pip Everton to 11th. Similar fixtures, and just look in far better form than the Toffees right now. Barring the curiously limp display in the sunshine against Arsenal, they have been among the brighter teams since the restart with four points from the two Manchester clubs an obvious highlight. Like Everton, the fixture list means they are sure to at the very least have an impact one way or another on more meaningful stuff elsewhere.

What they could do: Sit back, relax and celebrate Manchester City’s CAS win then simply wait for all that lovely Saudi lucre to arrive.

What they will do: Finish 13th in the 2019/20 Premier League season. And that other stuff.

What they could do: Mathematically, could still end the season with a top-half finish. More entertainingly, and far more likely, end the season with a run of eight straight defeats yet suffer zero consequence. Came into Project Restart with perhaps less to play for than anyone else and have cemented that status with five straight defeats since a win at Bournemouth. In a normal season, it would be classic 40-point barrier behaviour but this year perhaps fairer to cut them some slack.

What they will do: As the only team to contrive to lose to Leicester since the restart and with tools pretty much downed, three further defeats against teams who all potentially have something to play for looks a reasonable shout. It will have precisely no impact on Palace’s league position.

What they could do: Get dragged back into a relegation scrap they appeared to have hauled themselves clear of, now that the other teams down there have all started producing those late-season wins that relegation-haunted teams always start pulling out of their arse at this juncture.

What they will do: Be absolutely fine. A pair of whackings off Liverpool and Manchester City are occupational hazards for anyone in this league, and Brighton had given themselves a handy buffer with a strong start to the summer mini-season. Their three defeats in Project Restart have been against the three best teams in the league and they now have the twin advantages of a five-point gap to 18th and a run-in against teams with little left to play for.

What they could do: Get themselves actually relegated, the big sillies.

What they will do: Survive. Two home games against teams just as bad as they are, and thanks to Michail Antonio they probably only now need to win one of them even if a trip to Old Trafford ends as you’d expect it to. Avoiding total and utter calamity absolutely cannot mask another shocker of a season at the London Stadium, though, with little evidence that things are getting better any time soon.

What they could do: After back-to-back 2-1 wins over Norwich and Newcastle, Watford finish with a real flourish and end up 13th, what you worried about?

What they will do: Lose scruffily at West Ham, piling unimaginable pressure on two deeply unpleasant final games. Defeats there mean it’s fingers crossed for help from elsewhere…

What they could do: Reach 40 points and complete the Great Escape.

What they will do: Get the predictable 5-0 shoeing at City to render the brave 2-1 victory against one of the teams vying for 11th, doesn’t matter which, a goal-difference irrelevance. Fair play, though, they’ll get closer to pulling it off than looked likely a week ago.

What they could do: Get results against Everton and Arsenal to turn the West Ham game into an epic claret-and-blue fight to the death!

What they will do: None of that.

What they could do: Become the best football team ever to lose their last 10 Premier League games of the season and come dead last with a pitiful 21 points.

What they will do: See above.