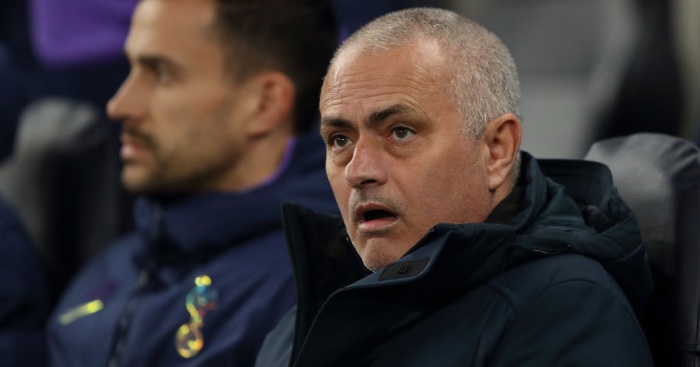 There are four managers in some kind of semi-realistic danger of not reaching the end of the season – whenever that may be – and two of those four have been in position for a combined total of seven months because Spurs and West Ham are very, very silly football clubs indeed.

Let’s have a look at the runners and riders.

No Manager To Leave: 7/4
Currently favourite, albeit a flaky one because a) someone always panics late in the day and sacks their fool manager and b) the end of the season is currently a very movable feast.

Dean Smith – Aston Villa: 11/4
Was Villa’s Carabao Cup run his supermarket own brand equivalent of Mauricio Pochettino’s Champions League campaign – great fun but masking the mounting league woes and ultimately not really delivering anything tangible? Does that even work as a thing? Either way, Smith’s Villa have completely run out of Premier League puff at the worst possible time. They’ve lost their last four games to slip to 19th and their next (currently scheduled) games are against Chelsea, Wolves, Liverpool and Manchester United. Bloody hellfire. He’s a decent sort, but desperate times call for desperate measures and might it be time for Villa to deploy a bastard to avoid the dreaded drop? The Big Sam panic button is being readied.

Eddie Howe – Bournemouth: 10/1
Nowhere else does the pinch point between short-term and long-term thinking exist quite as starkly as at Bournemouth. Theirs is the ultimate stick or twist gamble. It’s hard to imagine the club without Eddie Howe and it’s genuinely no exaggeration to say that there literally might not be a club without Eddie Howe, the fresh-faced, cut-price 2009 managerial appointment who steered a club on the brink of oblivion from 91st in the Football League to the Premier League, via that weird sojourn at Burnley in 2011-12. This, Bournemouth’s fifth season in the top flight, has been the first when Howe’s position has come under sustained and serious threat. Their home game against Palace this weekend, on what might well be the last full Premier League weekend for a good while, looks huge. Win and they could be up to 15th with breathing space; lose and they could be 19th.

David Moyes – West Ham: 14/1
Joint third in the sack-race betting three months after being re-appointed at West Ham, which was only 18 months after the Hammers decided to “go in a different direction” without him. One league win since New Year’s Day. Out of the relegation zone on goal difference only. Wolves and Tottenham before the international break. Chelsea immediately afterwards. Bad athletics stadium for a home ground. Owners despised. Fans in open and very understandable revolt. It’s all going swimmingly for Moyesy on his return “home”.

Jose Mourinho – Tottenham: 14/1
If Moyes’ West Ham strife is a predictable story playing out at unpredictable speed, then what does that make the big Jose Experiment at Spurs? There’s usually a year or two and a trophy or three before Jose goes full Jose. That it’s all happened in barely four months after the way he bounded in to the club hailing the great squad at his disposal and vowing to have learned from his mistakes is astonishing and very, very funny. Mourinho may well have already done enough to kill the concept of the Big Six narrative – or at least Spurs’ place within it – for a year or two and possibly for good. They are currently a mid-table team playing below even that level. A rebuild is necessary, but is Mourinho really the man you’d want to undertake it? Spurs already, at best, look like a side treading water and waiting for the experiment to end. Even at this very early stage, ‘why wait?’ already appears a pretty valid question.