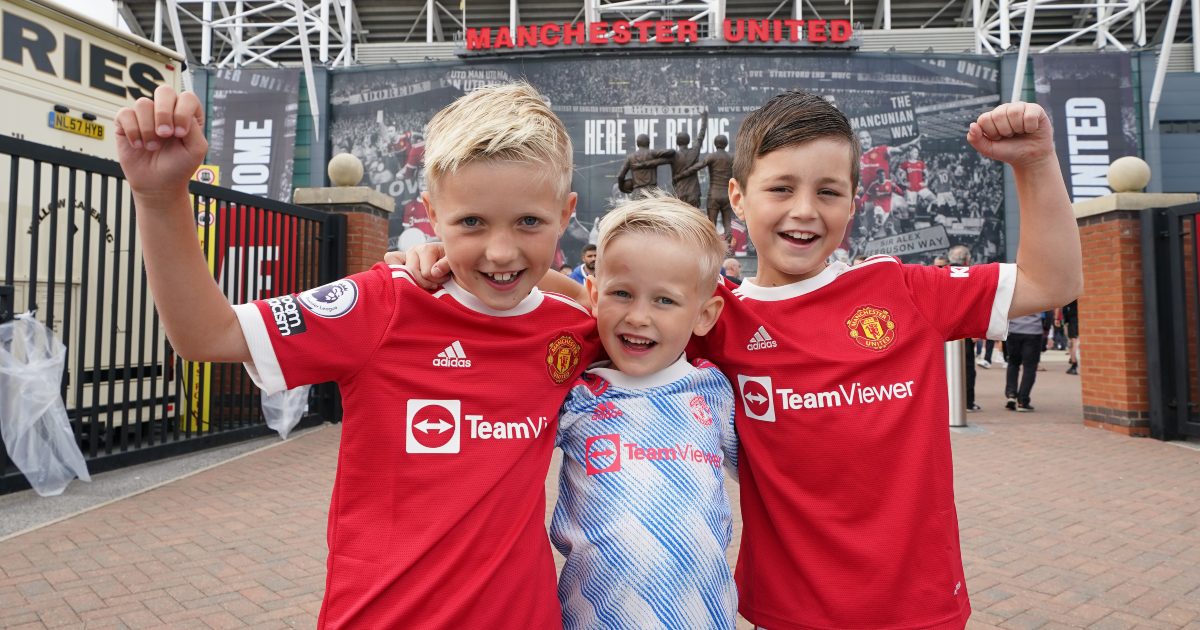 This endless churn of re-styling of shirts has become part of football’s way of life. I was reading a Newcastle United forum discussing their new variation of the famous black-and-white stripes. Some thought it was awful, others quite good. However, none mentioned that it has Fun88 and some Chinese writing across the front.

Stripes too wide, collar too small or too big, all valid style observations, but having Fun88 across the front seems the biggest design factor of all. And yet it was all but ignored, even though this is a company that on their website erroneously implores you to ‘experience the loyalty, spirit and tenacity of the Toon Army (and its fans) while taking up some up some (their typo) terrific betting opportunities’. Aye, right.

Awful, but then it’s all about the money they bring, isn’t it? It must be. No-one would opt to have Fun88 despoiling the shirt if there wasn’t some massive financial reward for doing so, would they?

And yet the initial three-year deal was only worth £6.5million. £2.16m per year which will pay half of one of the better paid player’s wages. That puts it into its proper context.

The sale of shirts is often sold to us as a valuable commercial asset. There was much purring about PSG selling 150,000 Lionel Messi shirts in seven minutes to net the club over 20 million quid. But numbers are deceiving. Shirts usually make clubs relatively little money per sale. Those 150,000 sales probably made anywhere from £1.125million to £3million for the club.

It’s not often acknowledged, because it doesn’t look as big a number and therefore not as good a headline as multiplying shirt sales by the retail price, but the reality is that the clubs do licensing deals with sportswear companies who in turn pay the club a fee to produce the shirts and a percentage of the retail value of the shirt. That percentage varies between 7.5% and on rare Liverpool-sized occasions, 20%.

So if your club sells a shirt for £60. It may have been paid £10million in the licensing deal, and get 10% of sales, ie £6.00 per shirt. Sell a million shirts and you’ve got enough to pay one highly paid player’s wage.

Of course, relatively few do sell a million shirts in a year. Those clubs with a global following lead the way. In 2018/19 Manchester United topped the table with 3.25 million sold, worldwide profit from which will just about have covered David De Gea’s wages for the year. In 10th position were Manchester City with just over a million. Below that, everyone is selling anywhere from less to much, much less.

Whether those numbers from Statista are based on what we used to call through-the-till sales (but which now obviously include online shopping) or wholesale shipments to retailers, isn’t clear. They seem suspiciously rounded-up numbers and how accurate can they really be? Do they account for stock still unsold? Are they really counting sales in every single store in every town in every country on earth? Easier to calculate it from wholesale shipments, which are not necessarily translated into sales.

The book industry has been known to inflate a book’s popularity by announcing how many books were shipped from book wholesaler to stores as though they were actual sales, even though they were sent on a sale-or-return basis and many may be returned. Even if they are supplied as bought stock, they’re still not retail sales.

So most clubs don’t make vast amounts from selling shirts. Where the shirt’s greater value lies is in being able to sell it as a billboard to various ‘partners’. While some deals – such as Manchester United’s with Chevrolet and now something called TeamViewer – are in the £50million-per-year range, they’re the outlier and many of these deals are often far removed from the lush upland pastures of wealth.

For example, the controversial gambling sponsors in the Premier League account for just £70million of income per annum (an average of £3.5 million per club), and just £40million in the Championship. It’s not nothing, but it’s not much. You would think, given gambling is so controversial, they could do without it. It seems desperate to sell the club’s most valuable real estate for so little.

Certainly in comparison to the £100-170 million they get for being in the Premier League, a million here or there is not significant, and yet it has a great impact on the aesthetics of the game and, in the case of gambling sponsorship, brings a very controversial partner to their table that increasingly troubles some fans.

The endless chasing of ever more money has brought companies into the game which we may not find acceptable. This was certainly the case for Norwich City recently

When we buy a shirt, we should understand that we are being sold by those companies as endorsing their brand, whether we like it or not. We are participating in their ongoing advertising campaign and are paying for the pleasure. Do we really want that?

Unbranded, ad-free retro shirts offer a better way to support the club without supporting the sponsors. They’re far nicer to look at then the current billboard shirts, are iconic of the club more profoundly, and surely they’re a better choice than endorsing companies that we often know nothing about, actively dislike and who know little about the club. We’re not helping the club much with our money, but we are helping the sponsors a great deal.