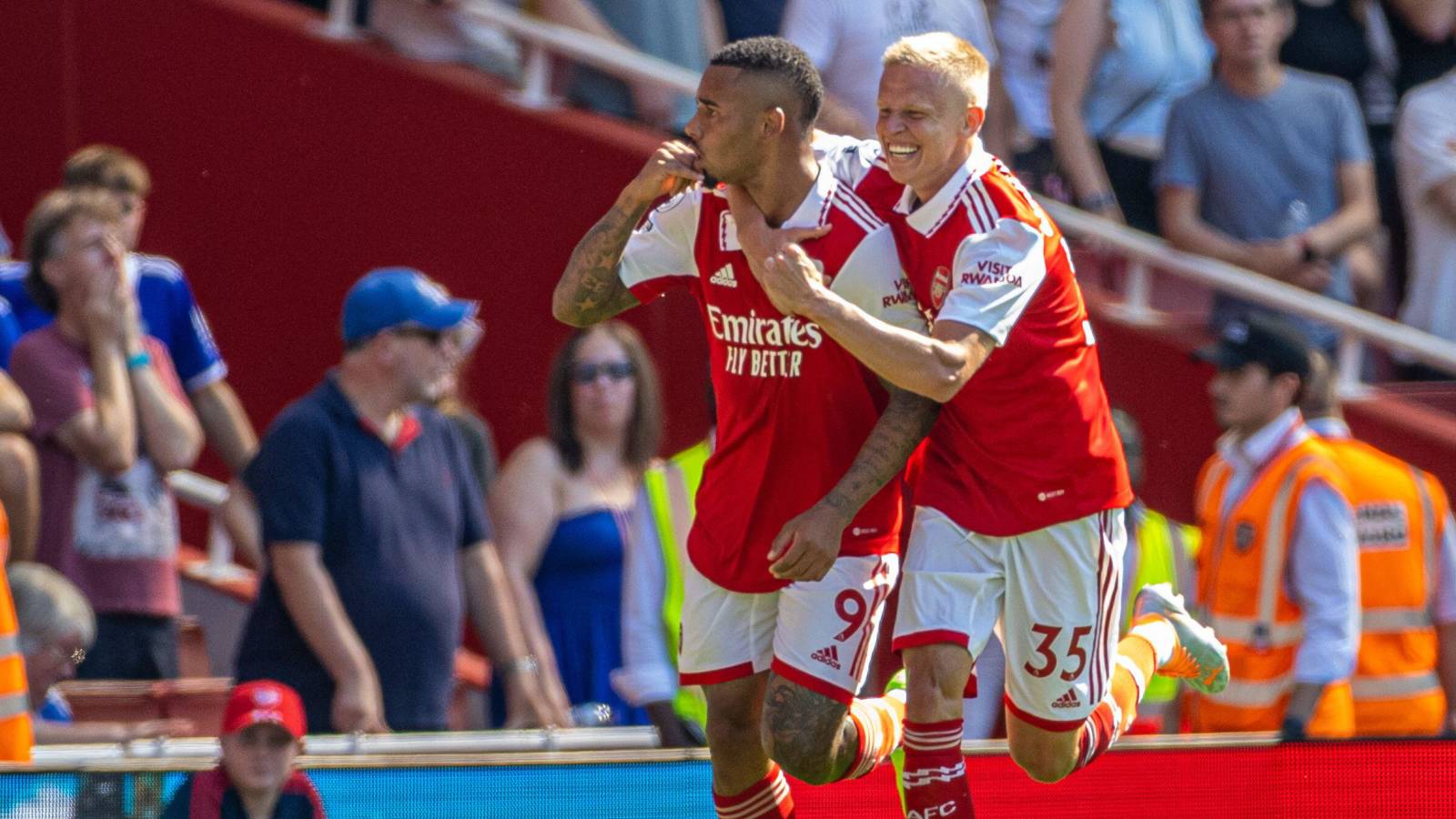 Just an excuse for more Erling Haaland content, really, but here’s a team of players who have made the biggest difference at new clubs this season so far.

We decided that cheating to include Saliba would be less egregious than leaving him out, so cheat we did…

GK – Nick Pope (Newcastle)
For all Newcastle current and future cash-splashing, the £10m hoyed Burnley’s way for an England goalkeeper may well end up among the cannier bits of work. Newcastle may have slightly underwhelmed thus far this season, but without Pope that start might well be considered Actually Bad.

RB – Rasmus Kristensen (Leeds)
One of many Red Bull Recruits for Jesse Marsch’s Leeds and in truth far from the most convincing thus far. A brilliant attacking full-back at Salzburg – he scored 10 and assisted eight in 45 games last season – but has admitted that the step up to Our League has been tough for him.

However, we are a) struggling for a right-back and b) he scores very, very highly on the classic Getting Better When Not In The Team matrix having missed the 5-2 defeat at Brentford which remains – and will do so for another 10 days yet – Leeds’ most recent game. It’s kind of an impact, isn’t it? Leeds didn’t lose 5-2 in any of the games he has played in. Fact.

CB – William Saliba (Arsenal)
An outrageous cheat, but it would be absurd to exclude him on the mere technicality of not actually being a new arrival. He’s a new arrival in Arsenal’s Premier League squad and also he’s excellent. That’s good enough for us, and it should be good enough for you. Stop complaining. Two goals have been a lovely bonus on top of his imperious defensive work, and he is the proud owner of the Premier League’s catchiest new chant.

CB – Conor Coady (Everton)
A shared award really with James Tarkowski, the two of them jointly responsible for turning Everton’s defensive ship around. Frank Lampard couldn’t organise a defence at either Derby or Chelsea but at Everton he’s got it working tremendously well so far and that’s down to the shrewd recruitment of two England centre-backs who know the Premier League back to front and inside out. They’re not glamorous signings, but they are signings that may well keep Lampard in a job and Everton in the Premier League. Only Brighton have conceded fewer goals than Everton, which is just as well when you look at what’s occurring up the other end.

LB – Oleksandr Zinchenko (Arsenal)
If the Premier League really cared about competitive fairness and the depth of their competition then they would surely mandate that all clubs should receive two fringe Manchester City players every summer. But they won’t, because they are cowards.

CM – Joao Palhinha (Fulham)
Fulham have been one of the most pleasing things about this Premier League season, producing both performances and results to catch the eye. Obviously, the force of nature that is Aleksandar Mitrovic has attracted much of the attention, and fair enough, but the Cottagers’ ability to compete with the best in the middle of the park has been a crucial element of their success thus far and Portugal international Palhinha has been key. His current specialities include scoring goals in 3-2 wins, which is niche, and also getting all the yellow cards. He’s already got himself a suspension for racking up five of the things in just seven games which is sub-optimal really but also we can’t help but admire it. We also like the self-control evident in a man who picks up yellow cards at a rate of one every 124 minutes but who has thus far managed to be on the Booking Tightrope for a combined 164 minutes without falling off. He probably will fall off eventually, but still.

CM – Christian Eriksen (Manchester United)
Crap when United have been crap, excellent when United have been excellent. Doesn’t yet have the numbers in the stats columns but that will surely come and his quiet metronomic reliability since Erik ten Hag realised using him as a forward was a bad idea has been a big part of United becoming Not Shit.

AM – Andreas Pereira (Fulham)
We find ourselves surprised that upon looking up Pereira’s stats this season there is actually almost nothing there because every time we’ve seen Fulham he’s looked really good. It is possible we’re just thinking of the Brentford game. But he was definitely really good in that one and we’ve already written his name down now.

RW – Gabriel Jesus (Arsenal)
Former Arsenal striker Kevin Campbell quite brilliantly described the signing of Jesus for just £45m by saying “We went in with balaclavas on” and he is certainly relishing the responsibility of being the full-time attack leader for a team currently very nearly as good as the one he left. Let’s all enjoy the irony that his excellence for the Gunners gets him in this team and shunted out to the wing by the presence of Erling Haaland, the very thing he left City to avoid.

LW – Richarlison (Tottenham)
Hasn’t scored any goals or anything like that, not in the Premier League anyway, but look at who’s alongside and ahead of him in this frontline. Just as at Spurs, we don’t necessarily really need goals from Richarlison in this line-up; we need vibes. His start at Spurs has been incredibly vibey. Really, it’s quite impressive as a forward to position yourself under the Big Six Spotlight, score no goals in six games, and yet have no pressure building on you from outside and unanimous agreement that you have already shown what a good signing you are.

His impact on Spurs is admittedly quite intangible, domestically at least because the Champions League campaign would already be a complete mess without him, but it’s also undeniable. For instance, while it’s hard to pinpoint exactly why or how, we know it deep in our bones that Spurs would not have drawn at Chelsea without Richarlison’s chaotic energy off the bench. In a frontline blessed with the clinical brilliance of Kane, the strength and smarts of Kulusevski and the effervescence of Son, Richarlison brings the chaos. Fifty million quid’s worth of chaos.

CF – Erling Haaland (Manchester City)
Utterly ludicrous. It’s going to be a long old season for those of us who spent the summer stroking our beards and going “Yeah, he’s obviously brilliant but will he actually improve City? Hmm? Will he, though?” Yes, is the answer to that. Yes he will. He’s going to smash all the records. He’s already twatted several of them and launched a thousand “Are we the Farmers?” Mitchell and Webb memes.