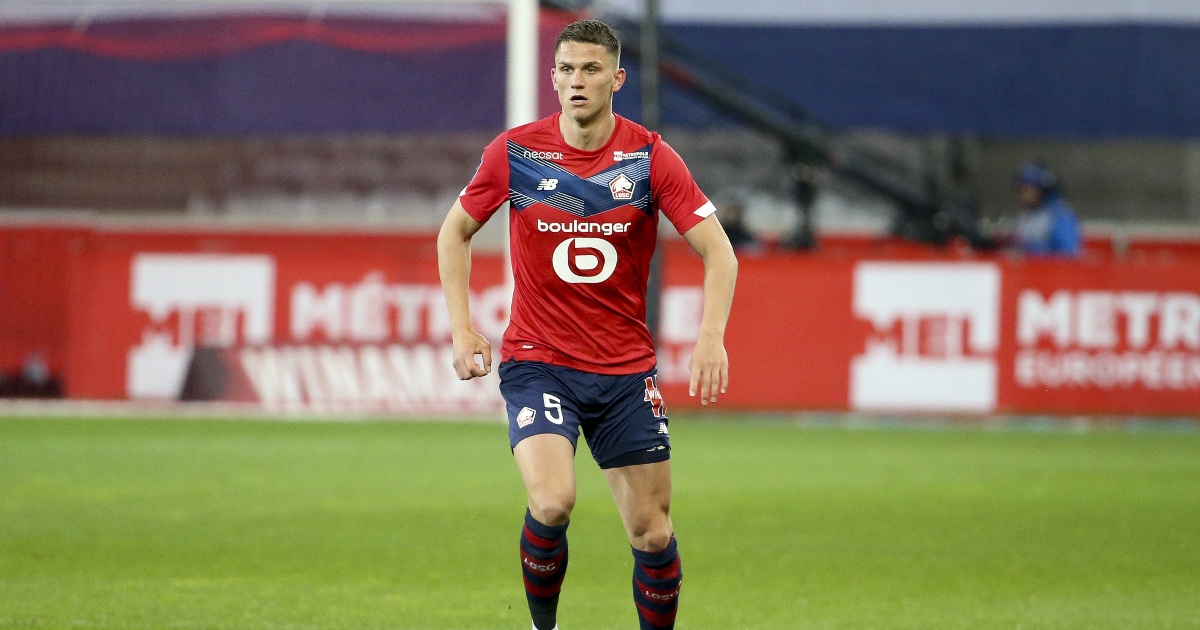 Lille star Sven Botman has responded to rumours linking him with Man Utd by saying he ‘dreams’ about playing in the Premier League.

Botman has been brilliant for the French side this campaign, helping them to maintain the best defensive record in Ligue 1.

Due to his solid displays, Botman has been linked with Man Utd and Tottenham.

The player has now responded to the transfer rumours for the first time.

Speaking to The Athletic, Botman said: “It is a good compliment when you hear these clubs are interested.

“I’m lying if I say it’s not interesting me – it’s the first time such big clubs are linked to me – but it was early days, because in January I was only at Lille for half a season.

“It was nice to hear but I was focusing on Lille and I’m still doing this. After the season, I will enjoy a vacation and see what happens next.

Victory for Lille on the final day against Angers would hand them their first Ligue 1 title in ten years.

But that may not be enough to keep Botman in France if he wants to take the next step in his career.

Standing at 6ft 4in, the 21-year-old is an imposing defender who would adapt to life in the Premier League quickly.

He looks set to follow in the footsteps of Matthijs de Ligt, who made a big money move to Juventus and is now on his way to becoming a world-class centre-half.

Man Utd and Tottenham were joined by Liverpool in the race for Botman in January, although the Reds eventually opted to sign Ozan Kabak.

Should Man Utd miss out on Pau Torres this summer, then Botman could finally be brought to England.