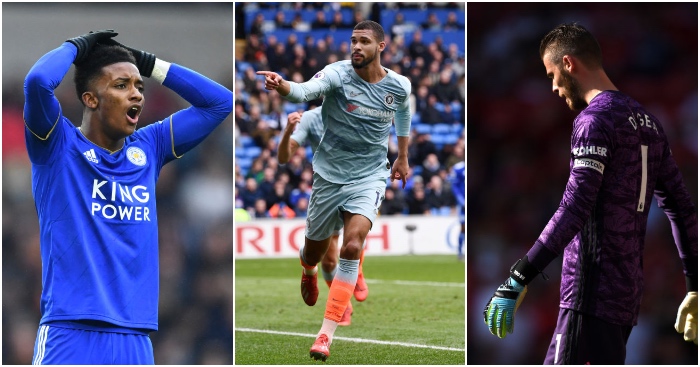 The Premier League squads are starting to take shape; new signings could be about to leave current players out in the cold. We’ve looked at those who could be set for one last chance this season, one per club…

Arsenal: Joe Willock
2019-20 could be described as a breakout season for Joe Willock. With just four Premier League appearances to his name in the previous two campaigns, he featured in all but nine top flight fixtures. But he started just eight of those games, was substituted at half-time in two of them and claimed just one goal and one assist. He needs to be more productive this if he is to earn Mikel Arteta’s trust and become a key creative influence in an Arsenal team in desperate need of the sort of player he purports to be.

Aston Villa: Mbwana Samatta
His debut goal in the loss to Bournemouth was his last of the season as he drew a blank in Aston Villa’s remaining 13 games. With Wesley back from a long-term injury lay-off, Samatta will sit on the bench, and can have a similar impact from there.

Brighton: Alireza Jahanbakhsh
“He deserves to be in the starting eleven and the squad, he deserves that with his attributes, with his work.” Graham Potter likes “Ali” but can rarely find a place for him in the Brighton team. His talent is without question, his wondergoal against Chelsea is testament to that, but with opportunities limited he has to make the most of every chance he gets; he doesn’t always do that.

Burnley: Robbie Brady
“I don’t want another season like last season being a bit-part player,” Robbie Brady said on Thursday. His big problem is Dwight McNeil: his direct competition for the left midfield spot was superb last season. Could he make a switch to the right?

Chelsea: Ruben Loftus-Cheek
It’s hard not to feel sorry for Loftus-Cheek. Last season would have been a huge opportunity for him had he not once again been hampered by injury. Now, with Chelsea’s summer recruitment and Kai Havertz in particular a direct rival for his position, he’s going to have to really impress in what will presumably be limited first team opportunities.

Crystal Palace: Christian Benteke
15 goals in his first season for Palace; six in the latest three campaigns. Has there ever been more of a confidence player? Bag a couple of early season goals and it could all come flooding back. Here’s hoping.

Everton: Moise Kean
Seen as quite the coup at the time, the purchase of Kean is yet to work out for Everton. Rumours are circulating over a return to Serie A, but some stability at Goodison Park could see him fluorish this season.

Fulham: Jean Michael Seri
Back from a loan spell at Galatasaray, it’s unclear whether Seri will ever pull on a Fulham shirt again. The fans won’t be too bothered if he doesn’t.

Leeds: Patrick Bamford
The Champions’ top scorer with 16 goals should have had twice that number and now has serious competition for a starting spot following the record capture of Rodrigo. Marcelo Bielsa is a big fan of Bamford; he will be given opportunities in the top flight. He needs to stick them all away.

Leicester: Demarai Gray
An obviously talented footballer but one who never seems to play that well. Harvey Barnes has stormed above him in the pecking order at Leicester. At 24, Gray can’t hang around indefinitely.

Liverpool: Harry Wilson
The temptation to dig up old graves was almost too much to bear. But everyone associated with Liverpool seems happy with one good performance in three from Naby Keita; if they’re happy, so are we. After a successful loan with Derby and a less prosperous spell with Bournemouth, Wilson is finally going to be given a chance at Liverpool. He probably won’t get another.

Manchester City: John Stones
The arrival of Nathan Ake can’t be good news for Stones; this could – in fact – prove to be a wasted season for the 26-year-old who now appears finally to have lost the unequivocal backing of Pep Guardiola.

Manchester United: David de Gea
“Since the press gives them a lot of cane, I treat them with more affection,” Spain boss Luis Enrique said of David de Gea after his impressive performance against Germany on Thursday. Poor displays will be met with even further scrutiny or “cane” this season with Dean Henderson more than ready to fill his gloves.

🧤 Seven saves from the Manchester United keeper ultimately earned Spain a point in Germany and a man of the match rating of 7.85

Newcastle: Joelinton
He’s never been a goalscorer, but the moment he took Newcastle’s No.9 shirt he was always going to be judged by that output. He’s under huge pressure this season and as yet has shown little sign of being able to perform under duress.

Sheffield United: Lys Mousset
The Blades are the litmus test for a piece like this: Who would be your one for Sheffield United? It wasn’t easy, as always. Lys Mousset had a good season and he represents the sort of player Chris Wilder needs – someone to threaten in behind and turn defences. But his injuries have been a problem, leaving them without a plan B on a number of occasions.

Southampton: Sofiane Boufal
The champion of the undesirable stats looks pretty but does very little. He’s got to prove he can work harder if he’s to have a future at Southampton with Ralph’s runners.

Tottenham: Tanguy Ndombele
Jose Mourinho has not given Ndombele much of a chance at Spurs. But to be fair to the sensual swearing Amazon documentary star, the Frenchman looks unfit and disinterested whenever he gets on the pitch. It would be a massive shame if it didn’t work out – he’s a fabulous footballer.

West Brom: Sam Johnstone
Johnstone was an ever-present for West Brom in their promotion winning campaign, but he rode his luck on more than a few occasions, as the Baggies fans were keen to remind him on social media.

West Brom fan: “You are one lucky keeper. You throw it out hoping it goes to team-mate and guess what it goes to a QPR player . What a surprise… Not.”

Johnstone: “Shut up mate. We are going up. Good night Mr Negative.”

West Ham: Manuel Lanzini
The 27-year-old has started just 22 Premier League games in the last two seasons through a combination of injury and disfavour. A run of positive results could see Lanzini gain and keep his place, but he’s a luxury player not built for the relegation battle the Hammers are likely to be in once again. But then again, he doesn’t come from the academy, so he will at least be given a chance.

Wolves: Max Kilman
With the sale of Matt Doherty to Spurs and Morgan Gibbs-White’s loan to Swansea, Wolves now have just 19 players in their first team squad, making the task of picking anyone for this list very difficult. Kilman is just about the only Wolves player who could be deemed expendable. The 23-year-old joined from Maidenhead in the summer of 2018 and has featured in just four Premier League games.