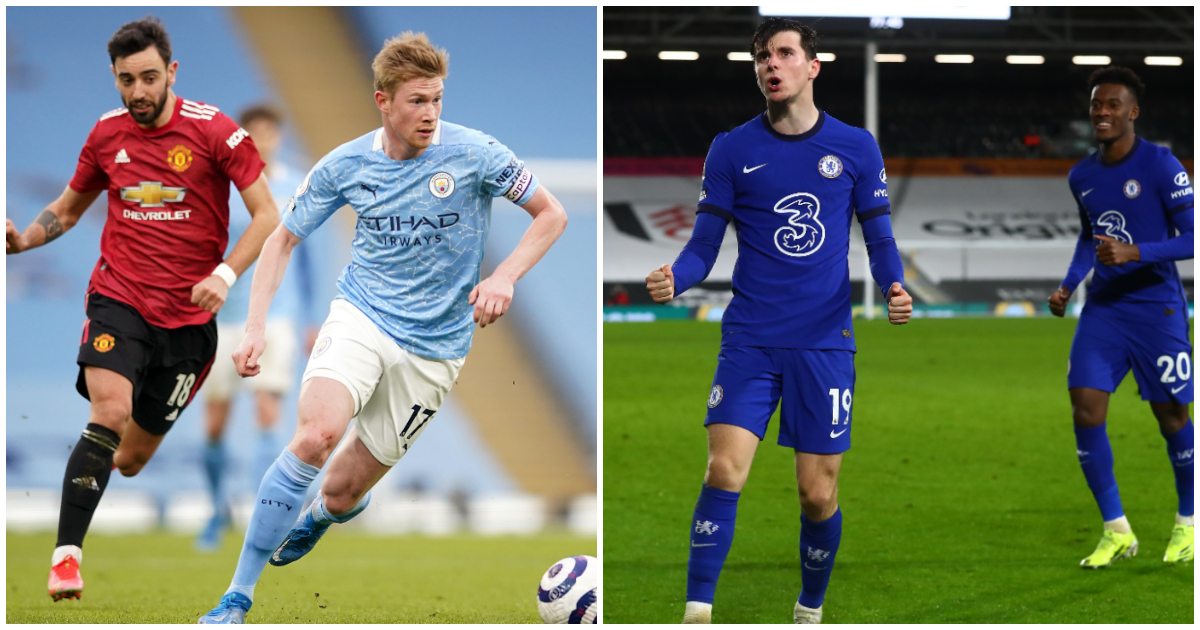 A Seagull soars near the top of this list of creators, with Man Utd providing the only defender…

Here are the top 10 players for key passes per 90 minutes in the Premier League. To qualify, players must have played at least 1000 minutes. You would have to get all the way down to 15th to find a Liverpool player.

It hasn’t been an easy season for the Leicester playmaker, especially when he hoped to be going to the European Championships. Injuries and indiscipline have cursed him but Maddison is still making good use of the time he’s had. Came off the bench against Manchester United on Tuesday night but did not manage to add to his key pass total.

Only six players have created more Opta-defined Big Chances than the Leeds winger, with only Jack Grealish among that half-dozen who doesn’t play for a big six side. He would be perfect for Liverpool.

The Chelsea winger has played fewer minutes than anyone else on this list and he is still yet to establish himself in Thomas Tuchel’s XI. But Ziyech can argue that he’s making the most of what time he’s been given.

In terms of total key passes, only Bruno Fernandes, Mason Mount, Grealish and Kevin De Bruyne have made more than Shaw’s 69.

Having been in then out of Thomas Tuchel’s good books, Hudson-Odoi seems to be back in. At least if the Chelsea manager’s greeting for his winger after a hugely impressive 15-minute cameo at Manchester City is any indication.

The Chelsea midfielder – overlooked in many teams of the year – has made more long key passes (31) than anyone else in the Premier League this term. The second-highest total belongs to Dwight McNeil at Burnley.

Mailbox: Where the hell is Mason Mount in the PL Team of the Year?

Gross keeps setting them up, his Brighton team-mates keep missing the target. That seems to have been the story of the Seagulls’ season. With strikers who could finish their dinner, perhaps Gross would be higher than joint-ninth for assists, with the German having offered more crosses for key passes than anyone else.

The United star has made more key passes than anyone else in the Premier League on account of having played more minutes than all but four other midfielders or strikers. Fernandes has made 17 key passes more than the next highest total which belongs to Grealish.

The Villa captain has made more short key passes than anyone else in the Premier League, just edging out Bruno Fernandes. We fear his injury will keep him out of sight and mind as Gareth Southgate makes his England squad decisions.

Despite playing just over 1000 fewer minutes than Bruno Fernandes, De Bruyne is level for assists with the United playmaker on 11. Both trail Harry Kane by a couple. He has just won another title.