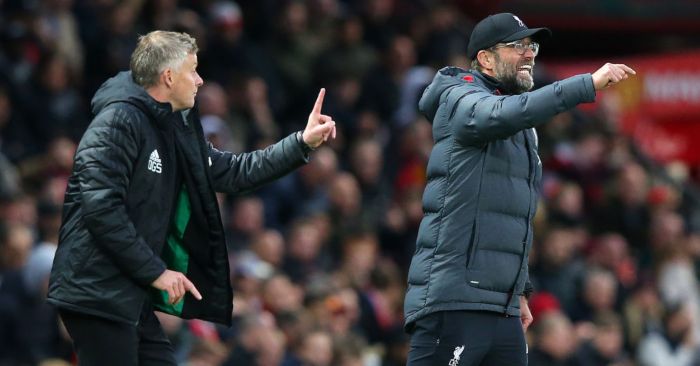 On Thursday, Premier League clubs voted to extend the transfer deadline to the end of August, where it had originally been until an attempted rebellion two years ago. In the end, the entire process felt like a formality for a number of different reasons. But there was the same sense in reverse in 2018. The general consensus was that concerns about players leaving and managers not knowing the true strength of their squads by the time the campaign started warranted the shift to an early closure.

In reality, that fairly sound principle was outweighed by other factors. The timing could hardly have been worse, introduced in a World Cup year when transfer plans would have always been affected. With players in international action and their focus wavering from their futures, much of June and July was rendered pointless in terms of negotiations. Valuations often depended on performances in Russia, too, so even if the buyer and moving party were on board, the seller would try to hold out as long as possible for the best deal.

By the time the tournament had finished, clubs had under a month to prepare, and for those without heavy backing from revenue streams or rich owners, the pressure intensified. Forethought would have dictated a more sensible trial year, but it got off to a poor start and never really recovered.

It is not beyond the realms of possibility that the expected impact of Euro 2020 was key to the latest volte-face.

Clearly, the details of how it would work were not considered enough before the vote was taken and, ultimately, that proved to be the downfall. But closing the window before any competitive games are played against direct rivals sounded obvious. Transfer sagas are rarely beneficial to any involved party, but especially so to a club that expects to be battling relegation from the Premier League and can’t afford to be distracted by speculation surrounding their best player.

As an example, closure before the season allowed wantaway Crystal Palace star Wilfred Zaha to come to terms with staying at Selhurst Park last summer after interest from Arsenal and Everton failed to develop further. He took a couple of games to get back up to speed, but had there been a genuine chance of a departure while the Eagles were in the midst of their season, the negative impact would have been much more pronounced.

As soon as it was announced, and realisation dawned that other windows across Europe would not be changing, the long-term future of the ‘new’ market was cast into doubt. Its wider aim was compromised. While other clubs from the same division were not able to unsettle a club’s key man, a team from Spain or Italy could, so uncertainty remained. And if a move was made, there would be no opportunity to sign a replacement. Clubs in Europe had an unfair advantage; if ending trading prior to the season was really going to work, then it had to be a continent-wide decision.

Overwhelmingly, current evidence indicated that it had to happen to create a more level playing field for everyone involved. There were three choices originally: to accept or reject another change or to introduce a hybrid. That would mean English clubs couldn’t buy players from one another after the early deadline, but still negotiate with those abroad until the end of August.

Despite signing replacements being possible in this case, it still wouldn’t solve all of the issues.

Setting these things is stone helps nobody. The pros of making the change 18 months ago are just as valid as the cons are now and everything was too ambiguous before. Taking the logic behind the change and building on it should be the next step, then another review can be undertaken in the future.

It needs to be scaled up hugely; this cannot be a movement involving just the FA, Premier League and Football League. UEFA and FIFA must join before anything happens. If every club in Europe starts from the same baseline, no matter where that is, then everything should run smoothly.

There is very little logic in trying to buy players late on in the window; most managers want to know where they stand as early as possible. A circumstantial extension could be an option as major tournaments can exacerbate the issues of a shortened window. But alternating the deadline every two years would make very little sense, too. Right now, the vote to change it back is the right one, but a Europe-wide decision on a shorter window may just suit everyone best. Both sides have their hitches, but universal fairness should be the priority.