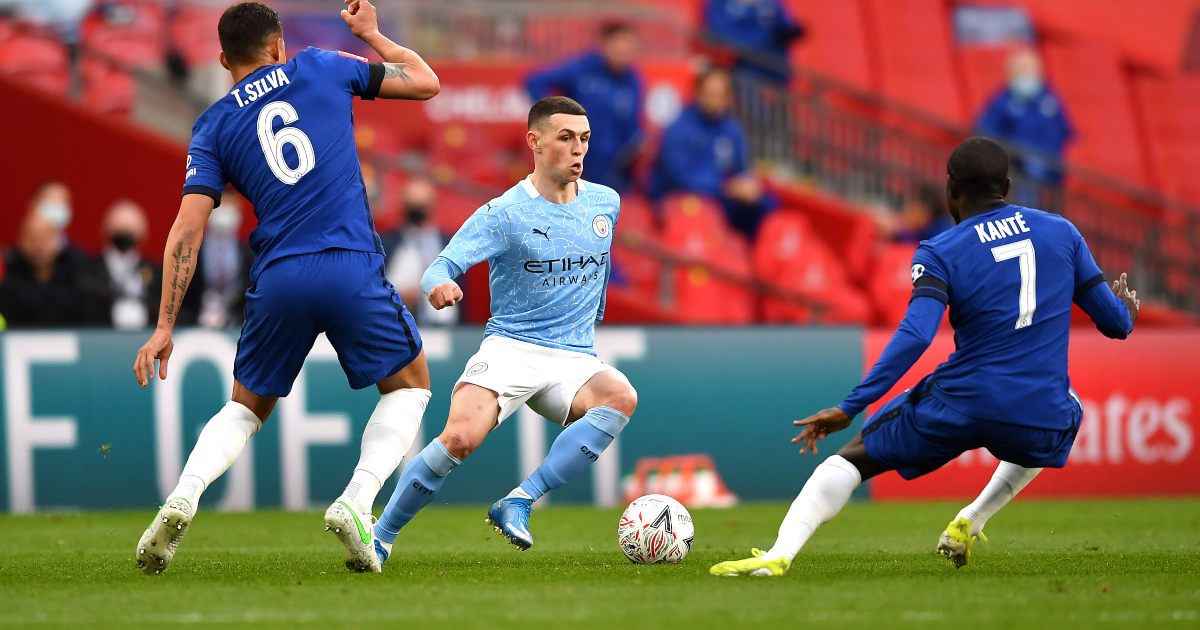 With both managers obsessed with control, can we expect a drab, cagey rehearsal for the Champions League final? Not necessarily…

1) Does the FA Cup semi-final point to a dull game?
Manchester City rested several key players for the FA Cup semi-final, but it still seems like a good place to start for a preview of this weekend’s game. The tactical pattern should be pretty similar, which isn’t very good news for neutrals despite the fact that both teams have shown an ability to counter-attack menacingly in their respective Champions League semi-finals.

Some have suggested that will lead to an end-to-end game as the two teams counter each other, but it is in neither manager’s interest to let this descend into chaos. Pep Guardiola and Thomas Tuchel are both obsessed with control, and both will ensure few risks are taken when in possession; like the FA Cup semi-final, it will largely be a cautious game between two outstanding defensive setups.

2) Can Tuchel’s improving counters hit City’s high line?
However, Chelsea’s ultra-structured possession play has notably loosened in recent weeks, almost as if Tuchel is confident of the strength of the foundation and has moved on to coaching the attacking lines. Timo Werner in particular has moved up a notch, dropping intelligently off the front line to pick up the ball on the half-turn and bring others into play, with Mason Mount, Christian Pulisic, and Kai Havertz all benefitting.

The speed with which the forwards interact around Werner played a big hand in Chelsea’s Champions League semi-final triumph, and it could be just as effective on Saturday – in those rare moments when Guardiola’s system is dragged a little high. In the transition, it is plausible that Werner will drop off Ruben Dias and manage to set Mount and Havertz away as they drive into space behind the hosts’ defence.

3) Will Kante versus Fernandinho define the contest?
Clearly, with both teams playing relatively conservative possession football and wary of each other’s ever-improving counter-attacking ability, a tense and claustrophobic affair will hinge on what happens in the transition; those moments when the ball is turned over and either a counter-attack is launched or snuffed out.

With that in mind the game’s key battle is between Fernandinho and N‘Golo Kante. City’s Brazilian midfielder was excellent against PSG, doing the dirty work in a feisty and foul-heavy performance that broke up counters at source and helped the game descend into a scrappy contest – bringing out PSG’s emotional side. He may be in line for another start on Saturday, especially given City will need to be sharp in the tackle against Kante.

Kante, whose back-to-back man of the match performances in the semi-final might have put him in contention for the Ballon d‘Or, is unplayable at the moment. He ghosts into pockets of space behind the opposition midfield to receive a pass through the lines, turning quickly to evade the press and trigger a Chelsea breakaway. How he gets on against Fernandinho should be decisive. 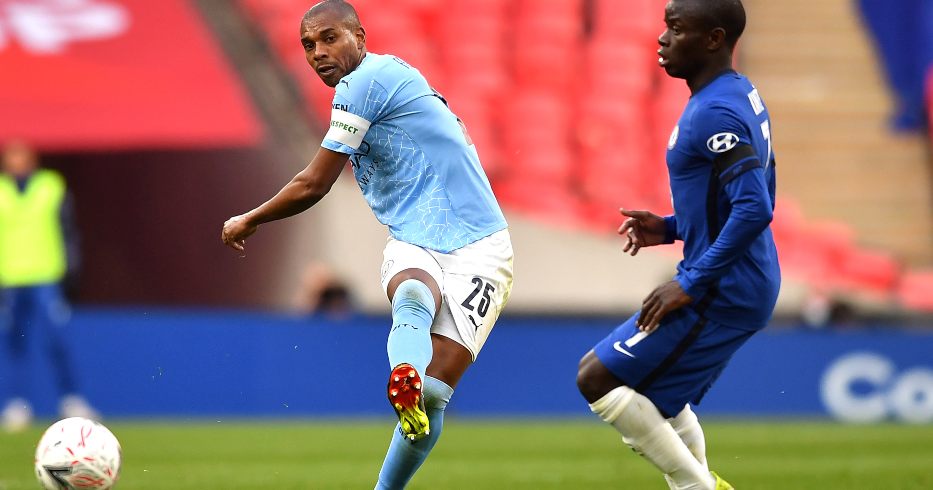 4) Can Foden and Zinchenko exploit chink in Chelsea’s armour?
Chelsea have kept 18 clean sheets in 23 games under Tuchel, and aside from a bizarre 5-2 defeat to West Brom (in which they played with ten men for long periods) the defence has been almost unbeatable. However, if there is one area of the pitch that Man City can target it is around right wing-back Reece James, who is likely to come in for Cesar Azpilicueta as Tuchel looks to keep things fresh for an important Premier League run-in.

James isn’t as good defensively as Azpilicueta, often getting caught too far ahead of the play or taking too long to notice a lurking threat. This is exactly what happened when Callum Robinson and Matheus Pereira ran the game for West Brom in that heavy defeat and Guardiola will be confident that Oleksandr Zinchenko and Phil Foden can be equally effective.

Those minor flaws are likely to be exacerbated by the clever movement of Zinchenko, City’s under-rated left-back/central midfielder who always seems to know exactly when to penetrate on the inside and when to make an overlapping run. Foden is hard enough to deal with on his own. If Zinchenko is on form, James will have a very difficult evening.

F365 Features: Three questions for each of the Premier League’s Big Six

5) Will Guardiola’s reserve forwards be just what City need?
Man City might rest a couple of players for this one, and indeed Guardiola’s secret weapon this season has been rotating the starting 11 to keep players fresh through a gruelling pandemic-hit campaign. Presumably that means at least one of Sergio Aguero and Gabriel Jesus will start up front, which is just what they need to break through Chelsea’s defence.

Guardiola’s strikerless system has been a big success recently but nevertheless City have lacked a poacher in the box, and if they are to poke holes in Tuchel’s back three then it does feel like they will need runners in behind to stretch them. Chelsea are comfortable with an opponent that plays everything in front of the defence. Perhaps Aguero or Jesus, with some classic centre-forward play, can prevent Edouard Mendy from collecting yet another clean sheet.