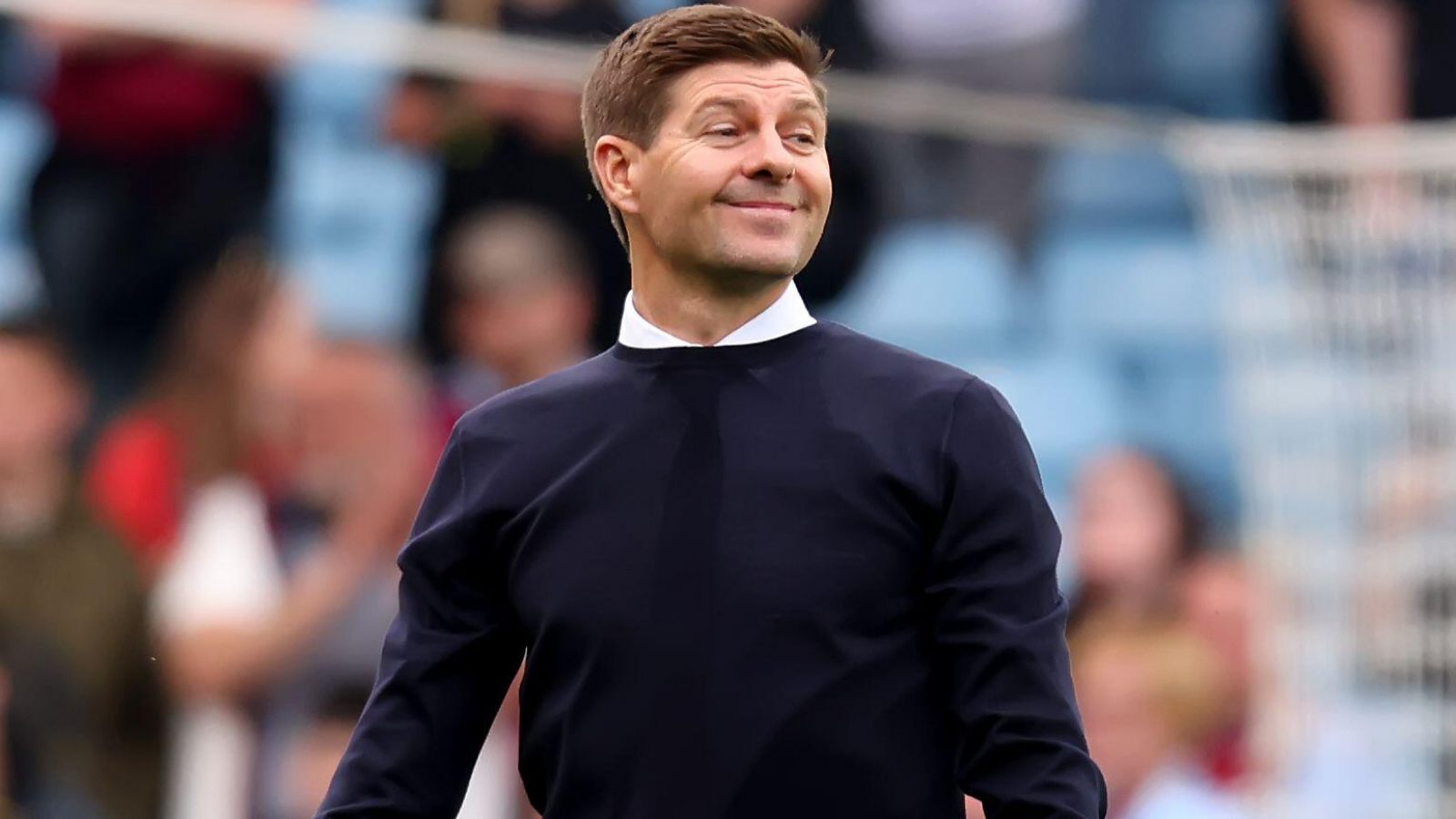 The Premier League title race is not over. There appears to be a widely-held assumption that Manchester City will breeze past Aston Villa on Sunday to collect their fourth medal in five years in the competition, yet there is plenty of evidence to suggest Steven Gerrard’s team have the tactical capability to push Man City all the way. It might not be the most likely thing to happen, but it would be foolish to say Villa stand no chance.

West Ham United’s 2-2 draw last weekend set something of a template for how to stop Man City, although many of those lessons had already been learnt from the four draws against Crystal Palace and Southampton earlier in the campaign. In simple terms, the way to stop Pep Guardiola’s side is a) slow them down by sitting 11 men behind the ball but without dropping so deep as to allow their creative players un-pressured possession 25 yards from goal, and b) launch quick and vertical counter-attacks in behind Man City’s very high defensive line.

Aston Villa have the ability to do both of these things. When it comes to the first part, much rests on whether they can ride out an early storm, because City’s relentless form recently is largely thanks to an ability to score early – before the opponent has the chance to set the slower rhythm. Should Villa manage to hold out for the first 15 minutes then the tension of the afternoon may start creeping into Man City’s performance, leading to the sort of nervousness that makes their touches a little too heavy or a little too sideways.

And Villa have the formation to help this along. Gerrard will either deploy a diamond 4-4-2 or Christmas Tree 4-3-2-1 and in either case that means packing central midfield with four bodies. Surrounding Rodri is crucial to stopping Man City – to making them pass harmlessly back and forth across the defence – but so too is shutting down the half-spaces (the channel between full-back and centre-back), where Kevin de Bruyne runs things. Villa’s four in the middle can do just that, especially with John McGinn energetically moving out to meet De Bruyne.

In the reverse fixture, a 2-1 win for Man City courtesy of an incredible volley from Bernardo Silva, Villa were very competitive because of the combative displays of McGinn and Marvelous Nakamba – who has recently returned to the starting line-up. Should Villa get that balance right again, by stepping off City but rushing into tackles once the ball enters their half of the field, then the added nervousness of the occasion will work to their advantage.

It might look as though Villa’s recent form counts against them, but it is likely to have little impact. Gerrard would rather play a progressive game, yet a trip to the Etihad forces the simplified defensive patterns that actually suit Villa better. It is worth noting Man City only recorded an xG of 1.02 the last time the sides met.

The second part of the task, counter-attacking successfully, is also a possibility. West Ham’s draw last weekend was the result of a minor tweak from David Moyes, who instructed Jarrod Bowen to make central runs alongside Michail Antonio and double the threat. It worked brilliantly, which is why there is hope for Ollie Watkins and Danny Ings doing something similar, particularly with all Man City’s defensive injuries.

The loss of Kyle Walker’s recovery pace is huge, and without John Stones or Ruben Dias, Guardiola will again rely on Fernandinho. The Brazilian was out-classed by Antonio, giving Villa’s front two a chance. However, Watkins and Ings will only successfully get in behind Man City if the delivery is right, and that may be where Villa fall down. It is going to take something very special for Jacob Ramsey’s direct dribbling to outmanoeuvre the Man City press, while Guardiola will have come up with a plan to stop McGinn from getting space on the ball during a transitional moment.

Now for the flip side. Despite all of that, despite the fact Villa are one of the few Premier League teams outside the ‘Big Six’ whose tactical strategy suits playing Man City, the hosts are heavy favourites for a reason. The main fear for Villa and Liverpool supporters is how error prone the defence has become, particularly now that Gerrard is expecting some risky passing out from goal-kicks.

Generally Villa struggle to do this when under pressure, eventually hoofing the ball back to the opposition or making a careless error; Tyrone Mings in particular is guilty of this and will be targeted by the Man City press. Worse still, Villa tend to spread across the width of the pitch in pursuit of this aesthetic style, and so even if the visitors excel during sustained periods of Man City possession, they may crumble when a turnover occurs in their own half.

This is exactly how Liverpool won 2-1 this month. Douglas Luiz gave the ball away on the halfway line and three passes later Sadio Mane scored the winner, undoing an excellent performance that would have given Liverpool supporters hope of an upset at the Etihad.

Nevertheless, Villa do take the big teams close. They may have lost all three of their games against Liverpool and Man City this season but all three were by a single goal. It won’t take much – just a slice of luck, perhaps – for Villa to hold onto a draw.