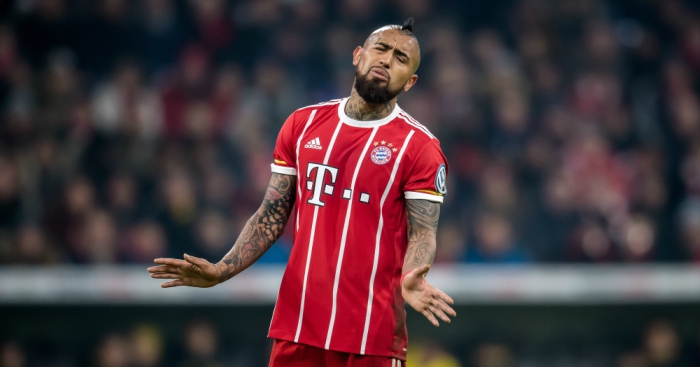 Arturo Vidal admits that playing for Brazilian side Flamengo “would be a dream”.

Vidal has regularly been linked with a move to the Premier League, with Manchester United most regularly named as potential suitors.

We would personally bloody love to see him at Arsenal, but there you go.

The Chilean has one year remaining on his contract at Bayern Munich, and could have one final big move left in him at 31.

But he is eyeing a move to Brazilian league champions Flamengo before calling time on his career.

“He’s a great friend of mine and always talked to me about the club and their fans. I’d like to live that energy. Playing for Flamengo, at the Maracana, would be a dream.

“If they want to contact me, I’m here. We could win the Libertadores, Brasileirao, Carioca… everything!”