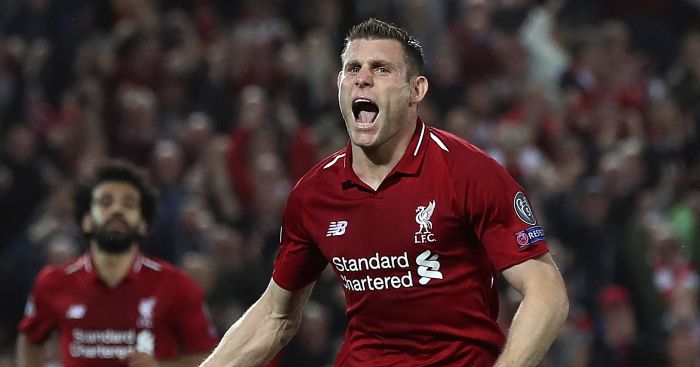 Cardiff City v Wolves
Wolves broke my heart in drawing 1-1 at Arsenal the other week and then they go and lose 2-0 at home to Huddersfield? I’m afraid these Wolves are now dirty dogs in my book and I’ll be swerving them for the foreseeable.
Betting: Cardiff to win at 11/4 (Betfair)

Crystal Palace v Burnley
So did we all see the ‘Drunk man pulls down trousers, jumps on McDonald’s counter and helicopters penis’ headline last week? I tried similar at my nana’s 90th birthday party a few years back. Booed off. Palace have been struggling of late but they’ve not had any love from the fixture list, until now. Burnley were shocking against Newcastle and their fabled defence of the 2017/18 campaign is now pretty much a laughing stock.
Betting: Crystal Palace to win and both teams to score at 3/1 (bet365)

Huddersfield Town v Brighton
It’s three games without defeat now for the Terriers and they can sink a Brighton team who’ve claimed just four points from seven away matches so far.
Betting: Huddersfield to win 1-0 at 11/2 (bet365)

Leicester City v Watford
The goals have dried up for the Foxes, who’ve claimed just one win in their last six. Watford won’t roll over here either so ‘Unders’ looks solid at a shade under evens.
Betting: Under 2.5 goals at 10/11 (bet365)

Manchester City v Bournemouth
City’s 2-2 draw with Lyon was the proverbial gas oven job for odds on Acca punters in midweek but the champions should get back to winning ways against a Cherries side who’ve lost three on the bounce and who were stuffed 4-0 in this fixture last season. Leroy Sane has been in brilliant goalscoring form in the past few weeks and how can you not like a man who has the humility to get a giant tattoo of himself celebrating a goal on his back? If you’ve not seen it yet, Google is your friend. Trust me, it’s quite the thing.
Betting: Sane to score first at 11/2 (bet365)

Newcastle United v West Ham
Fair f**ks to Rafa Benitez. A few weeks ago the Toon looked absolutely buggered but he seems to be turning water into wine AGAIN on Tyneside. It all means of course Mike Ashley might be able to get away with giving the Spaniard a selection box for Christmas rather than a £70million war chest this year too. I fancy a Desmond here, given the last three meetings between these teams have featured 11 goals.
Betting: 2-2 draw at 16/1 (bet365)

Southampton v Manchester United
Southampton are sh**e but can the Red Devils be trusted at odds-on? Computer says yes. The Saints have conceded 10 goals in their last three games so look for Jose Mourinho’s side to be absolutely awful for 88 minutes but seal a win courtesy of Marouane Fellaini bundling home a winner off his arse cheeks.
Betting: Manchester United to win at 10/11 (Betfair)

Chelsea v Fulham
If London derbies were pop stars this one would definitely be Peter Andre. The Blues need a win to keep pace with the league leaders and it will be interesting to see how they bounce back after their first defeat. Eden Hazard is struggling with injury so I’m going to flamboyantly lay some coin down on the draw here at 7/1. Vamos Cheeky.
Betting: Draw at 7/1 (Betfair)

Arsenal v Tottenham
Spurs have bossed this fixture in recent times but while Mo Po’s soldiers have enjoyed a stellar week they could be feeling it after really tough games against Chelsea and Inter. Preference here is for Arsenal given their wicked (wicked as in good, not wicked as in Fred West) home form. Goals also look nailed on given that both teams have found the auld onion bag in each of Arsenal’s last six Premier League matches.
Betting: Arsenal to win and both teams to score at 16/5 (Betfair)

Liverpool v Everton
Liverpool’s home form has been imperious so far this season and they are rightful hot pots in the betting to beat an Everton side who’ve struggled against top-six opposition this season. Jurgen Klopp will want a response following that 2-1 defeat to PSG in the week and what better tonic is there than sinking the old enemy from across Stanley Park. James Milner may be the same age as Trevor McDonald but he’s f**king lethal taking those pennos and looks big at 13/1 to bag first.
Betting: Milner to score first at 13/1 (Betfair)

* If you want to know who wins the big fight this weekend, it is with a heavy heart that I predict Deontay Wilder will put Tyson Fury away before halfway. Wilder’s skill set may be basic but he is no joke (39 KO wins in 40 fights) and has to be backed against a man who has effectively been on a stag do for two years. You can get 14/5 with 888 Sport about a Wilder win between rounds 1-6 and this looks sexier than those underpants big Tyson has been training in for the past few months.