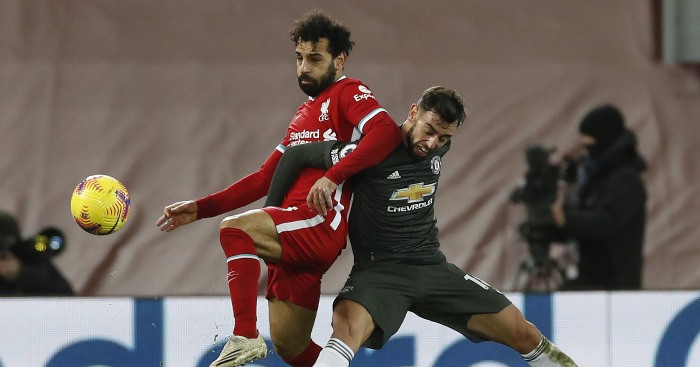 As the Premier League lead changes hands yet again thanks to Leicester’s remarkably straightforward 2-0 victory over Chelsea (which puts Frank Lampard on the precipice), the paradox at the very heart of this curious season has never been clearer.

This is going to be a spectacularly exciting season. As we approach halfway, any and all of the current top six are in striking distance of top spot. As, thanks to a whopping number of games in hand (three or four over almost everyone above them), are Aston Villa all the way down in 11th.

Chelsea are in freefall, while West Ham and even former relegation fodder Arsenal are putting runs together that could lift them into contention given the inconsistency that abounds.

Yet this undeniable excitement is being built on an increasingly unignorable number of largely rubbish football matches, and this is trending in only one direction.

It has, funnily enough, already become a bit lazy to talk about how tired everyone is. But that doesn’t make it any less true. And as fixtures pile up for everyone – even those not involved in Europe or cup competitions are going to face difficult fixture lists as postponements bite ahead of a hard May 23 deadline – nobody is suddenly going to be feeling fresher. It’s reached a point where a small injury and two or three weeks off might be just the thing a player needs.

Goals clearly aren’t the only measure of entertainment or excitement, and bad football can just as easily lead to lots of goals as far fewer. But the current flaws with the Premier League are certainly not ones that encourage goalscoring. For so long known for its pace and energy, Premier League games appear to be getting slower and slower as exhaustion kicks in. And not in a pleasingly continental or thoughtful way, but in a too-knackered-to-do-anything-any-faster way.

With a couple of notable exceptions, the attacking football in recent weeks has been on a downward curve. So many teams are looking leaden or unconvincing going forward. The goal rush of the early weeks of the season seems as ludicrous viewed from where we are now as the fact that literally last month there were still fans being allowed into some games.

A quick look down the list of the Premier League’s top scorers reveals that every goalscorer who started the season well has tailed off to a greater or lesser extent. If we break the current half-season into two quarters, then nobody with eight goals or more has performed as well in the second quarter as they did in the first.

Mo Salah scored eight goals in his first eight games and has five in the next nine; he’s on a four-game run without a goal.

Even Harry Kane, who rumbles on in his vaguely relentless fashion, had hit a rough patch before scoring three in his last three. Even with those goals it’s seven in the first nine and five in the next nine, with his assist numbers falling from the admittedly unsustainably absurd nine in the first nine games to just two since.

And that drop can be explained at least in part by the drop off in Son Heung-Min’s returns. Again from admittedly unsustainable underlying statistics in the first part of the season, his own returns have dropped from nine to three in each nine-game split.

The same story is everywhere, with several previously prolific players on lengthy droughts. Jamie Vardy (8-3 on the nine-game splits) hasn’t scored in five games despite Leicester’s march to the summit; Dominic Calvert-Lewin (eight goals in his first eight, three in the next) is the same. Patrick Bamford hasn’t scored for three games.

Even Bruno Fernandes, who, like Kane, is doing better than most at masking the problem, is down from seven goals to four and hasn’t had a goal contribution in his last two games.

All these players still have fine overall records and none of this on its own proves anything. But you can see it with your own eyes in what is also the most visible of Premier League seasons. It’s not that every game is bad but how many games recently have seen two teams willing and able to have a proper go at each other? Wolves v West Brom on Saturday lunchtime? Wolves against Everton before that? And, hang on, Wolves against Brighton before that. Are Wolves in fact the only Premier League team worth watching as they stumble into relegation bother but at least keep people entertained.

Elsewhere, the good performances come from one side of the pitch only and increasingly often from Manchester City (Palace, Chelsea) who are an interesting case given the striker statistics, because they are currently operating without one. Sharing the goals around might now be the key to this season, in which case it’s definitely advantage City. Spurs have had a couple of encouraging recent displays (Leeds, Sheffield United) amidst their 1-1 sillinesses. Leicester are churning out results despite Vardy’s drought and should have had many more goals against Chelsea.

But so many of these games are really defined by the disappointing performance of the opposition.

We could well be heading into a Premier League title fight for the ages. Even if a couple of teams inevitably fall away, there are still going to be more teams involved deeper into the season than we’ve seen for a long, long time. Just don’t look too closely at the games themselves.