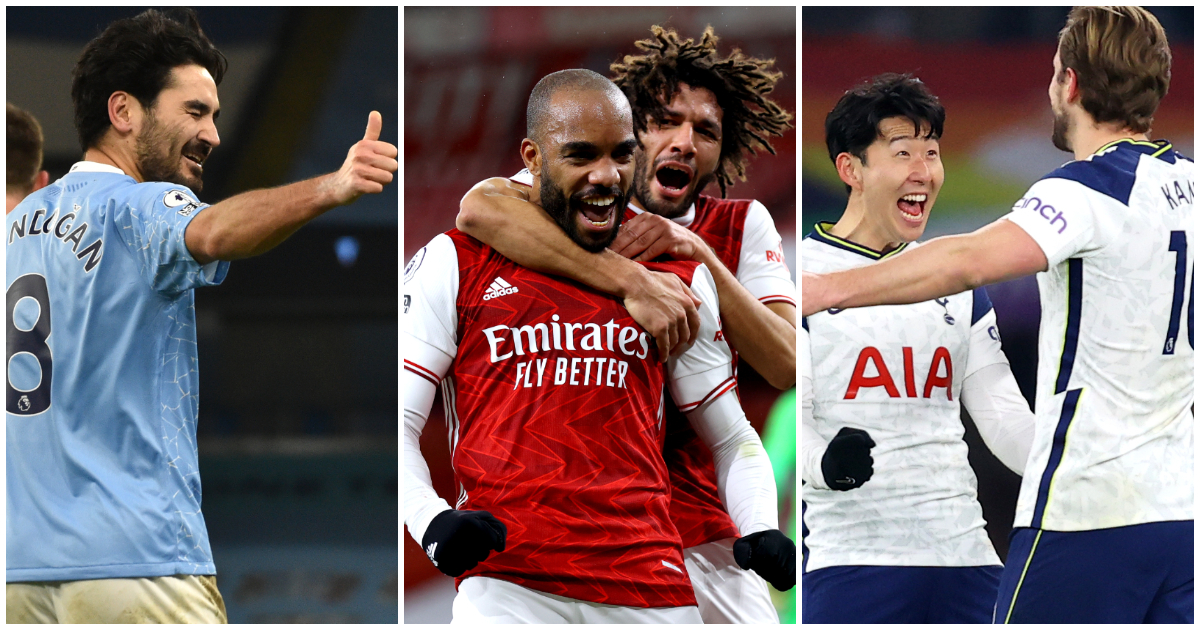 Premier League top scorers with 10 goals or more feature on this list – ranked by shot conversion.

The Villa striker has had a stellar maiden season in the Premier League, breaking double figures to earn an England call up. It could have been even better had Watkins’ output matched his xG total.

Watkins made the England cut ahead of Bamford, leaving Leeds fans – and many others besides – somewhat perplexed. The 27-year-old has scored more goals and leads Watkins for assists too, six to three. “If I got one England cap in the whole of my career, I’d be over the moon with that and it would be something I’d cherish,” he said last month. Since all the other Engishmen on this list have had the call, you cant argue that he wouldn’t deserve it.

Not content with outpacing everyone but Mo Salah in the race for the Golden Boot, Kane has also weighed in with 13 assists this season, almost double his previous best from four seasons ago. Jose is still good for something.

🙇‍♂️ Leo Messi and Harry Kane joined the 30-club over the weekend, but Robert Lewandowski remains a long way clear with 𝟰𝟭 goal involvements for the season pic.twitter.com/25Bzf0aqto

Kelechi Iheanacho has finally taken some of the goalscoring burden off Vardy recently, which is handy since the goals have dried up in 2021. The former England striker has scored only once this year, and his missed sitter in the FA Cup followed a couple from the previous week against Sheffield United. But Vardy has weighed in with seven assists at a rate of 0.31 per game – his highest for six seasons.

Not everybody loves Jamie Vardy. But they bloody well should…

Even amid Liverpool’s wretchedness, Salah remains the Premier League joint top scorer, notching 2.66 goals more than his xG total. He might have had more if Sadio Mane passed him the ball once in a while…

This is one of the reasons Klopp ain't a serial winner, he ain't ruthless enough either with the owners or the players, he wach this almost on a weekly basis & doesn't step in!

Alex Ferguson told Rooney & others if they can't find RVP they'll not play.pic.twitter.com/ObMFWCIbba

Finally Everton have themselves a goalscorer. Just a goalscorer, mind – Calvert-Lewin hasn’t laid on a goal for a team-mate this season – but Carlo Ancelotti has plenty of other creative sources. Calvert-Lewin is one of only two players on this list who can’t count any penalties in his goals tally this term.

Where would United be without Fernandes? We got a glimpse for an hour on Sunday, and it was not pretty.

Similarly, where would Newcastle be without Wilson? The Championship, obvs. Which is where they could be heading regardless, but the England striker’s scheduled return, along with Allan Saint-Maximin, after the international break offers the Magpies a smidgen of hope. Christ knows they’ve little else to grasp on to.

‘Work the keeper’ seems to be Lacazette’s policy, with the Frenchman’s shooting accuracy comfortably the best among the 25 highest scorers in the Premier League, with James Ward-Prowse closest on 68%. Lacazette has also played fewer minutes than any other player on this list.

Like Lacazette, Son has also been making the best of his opportunities. Or rather, he was. The Spurs star hasn’t scored in his last six in all competitions, or his last six Premier League appearances. His early season numbers always appeared unsustainable, especially since the trend of taking fewer shots per game than at any other time during his Spurs career has continued.

When we last looked at these figures back in December, Gundogan hadn’t scored a Premier League goal. Almost immediately after, the City midfielder went on a run of 11 goals in 12 games. With a dozen so far, the Germany midfielder has doubled his previous highest haul from 2018-19 despite having attempted one fewer shot.