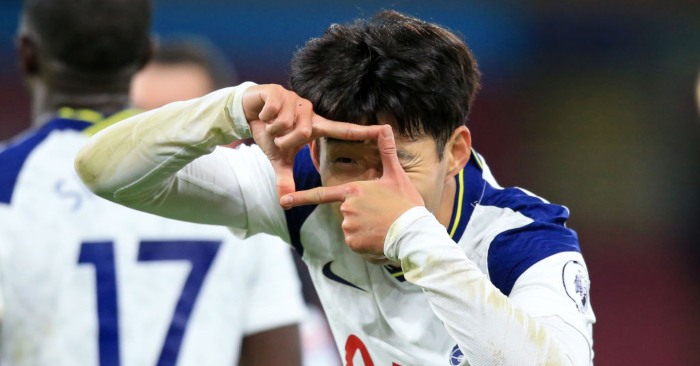 Too many shots taken from outside the penalty area leaves Jimenez bottom of this list. It’s hardly surprising as Wolves have sold Matt Doherty and Diogo Jota while often benching Joao Moutinho and Adama Traore.

Only Patrick Bamford (6) has missed more Opta-defined Big Chances than Mane (4) this season. After massively overperforming his xG over the last couple of seasons, Mane has undoubtedly and understandably slipped back.

He takes more shots than any other player in the Premier League, but a shoot-on-sight policy does not earn a great shot conversion rate. Not that he will care when he is the best player in the division this season.

After a slow start, the German has now scored four goals from nine shots, a return which would put him near the top of this list. He now looks proper.

You never doubted it.

Only Harry Kane takes more shots and nobody has missed more Opta-defined Big Chances than Bamford but he will embrace those statistics in a season when he might have already surpassed most expectations.

Simply not an elite striker and that is one major issue as Brighton continue to underperform. Well, that and the astonishingly bad form of Mat Ryan.

That’s astonishing accuracy for a non-striker. He has been involved (either scoring or assisting) in 50% of Aston Villa’s goals in this joyous season. He topped our Premier League winners list this week.

Scoring five goals from inside the box (including two penalties) and exactly zero from outside the box suggests that Fernandes should possibly stop shooting from distance. But it’s hard when you are a one-man team.

Simply a very good striker having a very good season. Posting those numbers without being on penalty duty is astonishing.

Taking and scoring four penalties helps with the statistics but this season has undoubtedly seen a return to form for Salah. Jurgen Klopp says he is getting better and better.

The lowest xG of anybody on this list; he is now an elite striker playing for a non-elite side. Injury has cruelly struck him down but Theo Walcott now has the chance to prove he should have been a striker all along.

He has missed four Opta-defined Big Chances this season but that is still an excellent return for a striker who has scored equally with right (2), left (2) and head (2) this season. Playing in a team with Grealish and Ross Barkley is a striker’s dream.

Taking on penalty duties means that Zaha has already surpassed his Premier League goal total from last season. It helps that he is largely now playing as a striker; Eberechi Eze has really taken the pressure off.

Three converted penalties boost his numbers but he is significantly underperforming from open play. And now he is injured and Newcastle look destined to get even worse. All they want is an escape from the monotony.

Those sort of numbers without penalties are surely unsustainable but, for now, enjoy Son and this astonishing season. Three goals from inside the six-yard box is the supreme work of a goal-poacher.

Top on shot accuracy but that is to be expected when you take six penalties (and score five). Undoubtedly the best counter-attacking striker in English football, this could yet be his fourth 20-goal Premier League campaign.

Shot conversion rates come courtesy of the BBC. Any xG references are taken from understat.