Home F365 Features One per club: Players in urgent need of a transfer 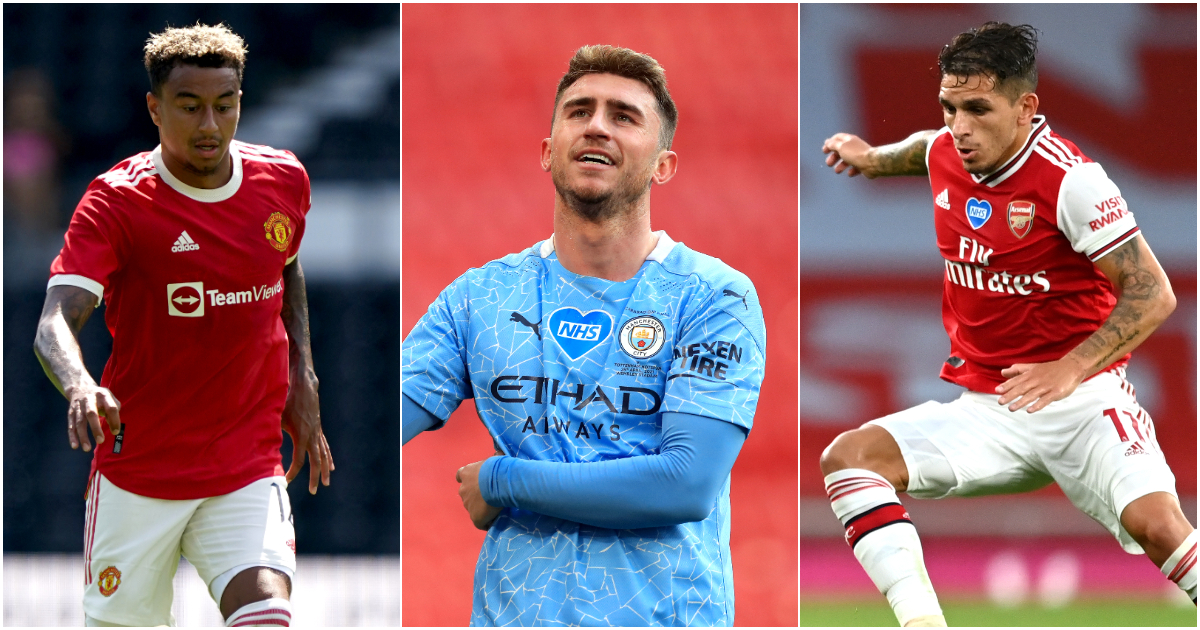 Preseason is upon us, and the season itself will be here before we know it. And at (almost) every club, that means someone who desperately needs to move on and re-energise a stalled career or just Escape Their [Insert Team] Nightmare.

Here is one such player for each Premier League club who needs a transfer, apart from the three promoted clubs because even we aren’t such bastards as to tell players who’ve just got promoted that this isn’t for them and they should probably f*** off back to the Sky Bet where they belong. It’s just mean.

Arsenal: Lucas Torreira
His last action for the Gunners was sitting on the bench for the 2020 FA Cup final and he spent last season on loan at Atletico Madrid, where he started just three games in their La Liga triumph. Has seemingly been on the verge of joining Lazio for at least six weeks but for now remains technically an Arsenal player. Wherever he ends up, Arsenal look set to take quite a hit on a £26m fee that back in the daft and carefree days of 2018 looked quite good business really.

Aston Villa: Conor Hourihane
The temptation here with the arrival of Emi Buendia is to once again plump for Anwar El Ghazi, but when we did that last year when he couldn’t get on the pitch for the first six games of the season he promptly went and scored five goals in five Premier League games so we’re not making that mistake again. Long-serving Conor Hourihane, though, feels like a safer bet. Hardly featured in the first half of last season before ending it on loan in the Championship with Swansea. A return to the second tier with one of relegated duo West Brom or Sheffield United looks his likeliest course of action.

Burnley: Dale Stephens
All depends what a 32-year-old wants from life of course, but if it’s more than sitting on the bench and watching Burnley play football, occasionally stepping off that bench for the closing stages of defeats to Manchester City or Tottenham, then Stephens has a decision to make.

Chelsea: Tammy Abraham
It really isn’t that long ago since Abraham looked the likeliest occupant of the much-coveted Harry Kane Understudy spot in the England squad. He now can’t get a game for Chelsea, a club making absolutely no secret of its desire to bring in the hottest young striker in the world. Take the hint, Tammy. We still don’t know quite how good Abraham is or can be, but there have been more than enough hints both in his loan stints and in that season where he was Chelsea’s main striker to suggest the answer could be ‘pretty bloody good, actually’. We and he will not find out while he warms Chelsea’s bench, subsisting on Carabao crumbs. He is Arsenal’s level now.

Crystal Palace: N/A
There are still only about seven actual footballers in Palace’s squad for the coming season. Nobody at this stage needs to leave Selhurst Park to get some football.

Leeds: Helder Costa
Nobody really needs to leave Leeds; the old warhorses have departed now and most of the remaining first-team squad will quite rightly be very happy with their lot. But if there’s one who looks slightly surplus to requirements it’s Costa. He doesn’t need to move, Leeds don’t need to offload him. But if a new attacker comes in, Costa looks the likeliest to depart. Maybe even to facilitate the move. Look, some of these are harder than others.

Leicester: Hamza Choudhury
Massive stretch this really, because in truth there’s nobody who desperately needs a move from Leicester for any reason. It’s Leeds with knobs on. It’s a good club doing good things and with every prospect of more good things happening in the years to come. They also have a smallish squad and loads of them get injured at frequent intervals to make sure everyone gets plenty of opportunities. But Choudhury being as bit-part feels like a bit of a shame.

Liverpool: Jordan Henderson
Mainly because the whole of Fleet Street appears to having absolute conniptions at the very thought of it and we’re quite excited to see what they do if it actually happens.

Manchester City: Aymeric Laporte
What a curiosity Laporte is. A genuinely world-class centre-back who had to switch nationalities to get to play international football and now might well have to switch teams to get to play club football. Even at a superpower like City, Laporte is an absurdly, extravagantly talented reserve. And yet thanks to Ruben Dias and John Stones, a reserve is what he is. That can’t be right, can it?

Manchester United: Jesse Lingard
It’s rare indeed for a loan deal to work out quite so marvellously for all concerned. Lingard’s move to West Ham was the absolute ideal. The player had a lovely old time, his temporary club qualified for Europe in no small part because of his massive contribution, and his parent club sat back and watched his value rise and rise. Lovely stuff. Obviously, if he then goes back to rotting away on the Manchester United bench, then much of that benefit is lost. So it’s important for everyone that he makes a move. West Ham an obvious possibility, but there is the intriguing possibility that he ends up on the other side of the Moyes Derby at Everton with Rafa Benitez…

Newcastle: Dwight Gayle
Only signed a contract extension quite literally weeks ago, but it still seems unlikely that any further good can come of it. There was a point last season where Gayle was Newcastle’s only fit striker and he still couldn’t get a game. Started just four games last season, scoring just once, and it seems unlikely a shiny new contract is going to lead to a vast increase in those numbers next term.

Southampton: Shane Long
The 34-year-old spent the second half of last season on loan at Bournemouth and doesn’t appear to have a place in Ralph Hasenhuttl’s first-team plans. He played just 201 minutes in the Premier League last season, but the Danny Ings Situation could yet have an impact on Long’s own future of course.

Tottenham: Moussa Sissoko
Improbably, had a run of 14 starts in 18 Premier League games midway through last season but we can’t remember that happening no matter how many sites we check to confirm it actually happened. Then started just one of Tottenham’s last 17 league games, which feels much more like it, and didn’t even make the matchday squad for the last two games of the season. A new manager might change things of course, and it does look like a great deal is going to change at Spurs, but it’s hard to see another Sissoko renaissance. Also please note how we have resisted the easy Harry Kane banter here, and appreciate it.

West Ham: Andriy Yarmolenko
Maybe next season will be different, but the facts are that a) West Ham were really pretty bloody good without him (he started just one Premier League game all season) and b) he is too bloody good to be sat on the bench. West Ham may no longer be the shambles of old, but the sight of one of the real stars of Euro 2020 sat on their bench is still just too much.

Wolves: Patrick Cutrone
Because something needs to change. It’s not for the want of trying, you have to say. He made appearances in three of Europe’s big five leagues last season, which is something. What is also something is that he failed to score a single goal for Wolves or Valencia or Fiorentina. Where exactly he goes from here is unclear – Sampdoria have been touted as a possibility – but at least things can only get better.