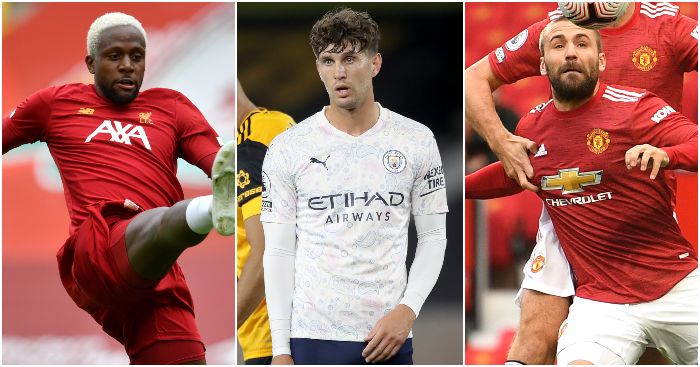 These are not (necessarily) the worst players at each club, but rather those that now find themselves – after the transfer window – further down the pecking order and now with only the option of FIGHTING FOR THEIR PLACE or SITTING OUT THEIR CONTRACTS or maybe even A RUN-OUT IN THE CARABAO to sustain them until January. Some even face the ultimate humiliation of TRAINING WITH THE YOUNGSTERS. And some are Mesut Ozil and just don’t give a s*** either way.

Guendouzi: gone, Torreira: gone, Gunnnersaurus: gone. They may still have too many uninspiring centre-backs but Arsenal managed some much-needed squad-trimming and scored another almost heroically unnecessarily PR own goal as the transfer window wound down. Yet Mesut Ozil remains, with nobody even pretending he’s going to do anything other than sit out that big fat contract. And make his own (far better) PR move. He’s not even been overtaken by events; he’s a willing and active participant in those events. Unwanted, unused, gathering dust on a bench for £350,000 a week. It’s become one of the great messes of Modern Football and, although the die was cast long before the start of this season, he still featured in very nearly half of Arsenal’s Premier League games last season and 30 games in all. Already very clear that it’s very, very silly indeed to make any kind of prediction at all about what might happen this season, but we’ll stick our neck out and say Ozil won’t play 30 games for Arsenal in the last of his eight eventful years in north London.

When a club is one of the big winners in a transfer window, it stands to reason that this must place some existing members of the squad among the losers. Step forward Anwar El Ghazi, thoroughly and utterly overtaken by events in recent weeks. Yet to take the field in any of Villa’s three gloriously mad Premier League games so far this season – having missed out on just four during last season’s altogether more drudge-based campaign – while defeat to Stoke means there is now not even the Carabao to sustain him.

Only Mat Ryan, Lewis Dunk and Dan Burn clocked more Premier League minutes for Brighton last season than Propper, who has yet to even make it as far as the bench in four league games this term. Has been struggling with an Achilles problem, but the fact he’s been able to turn out for a couple of full 90s in the Carabao without getting anywhere near a Premier League pitch does seem strange. You could say he’s Propper f***ed, if you were an idiot.

They didn’t really sign anyone and a whole bunch of key players – notably Ben Mee and Jack Cork – appear to have gone down with those infuriating sorts of injuries that initially don’t appear to be much of a problem but end up keeping players out for eight months. Known in the trade as an “Arsenal”, the unpredictable nature of such injuries combined with Burnley’s thin squad means pretty much everyone from last season is going to get plenty of games if and when they can escape the treatment room. Burnley themselves are a club overtaken by events, standing still and hoping for the best as all around them at least attempt to make forward strides.

That there was even a slight possibility of Chelsea even vaguely entertaining interest in one of their players from Tottenham of all places should have been a massive hint for Rudiger, who has nonetheless decided to stay and fight for a place at Stamford Bridge despite not even getting a Carabao run-out thus far. His 20 Premier League appearances last season isn’t exactly loads, but could well be 20 more than he manages this season. Roll on, January.

I swear to god if Antonio Rudiger is put in the Chelsea squad over Fikayo Tomori then that is just horrendous.

Made 24 often brief and rarely memorable Premier League appearances last season, and hard to see how he adds significantly to the eight Premier League minutes he’s accrued thus far this campaign. Palace just have much better options. Again, at least January isn’t too far away, eh.

Richarlison limping off just 25 minutes into last weekend’s match against Brighton – to be replaced by Iwobi – sounds a note of caution, but with reports suggesting there is no long-term concern over the Brazilian, then Iwobi looks to be the largest Evertonian casualty of the dramatic events of the last few months, especially now Theo Walcott has gone home in search of football. Iwobi’s versatility means he’ll still likely rack up some appearances and minutes here and there – he’d already made two brief appearances from the bench before Saturday’s lengthier one – but hard to see how he’s anything more than a bit-part cog in Everton’s significantly upgraded machine.

Substituting Richarlison off for Iwobi pic.twitter.com/xzrMFS0NIH

Ream has featured in 69 of Fulham’s last 73 league and playoff matches. That is unsustainable if they plan on any kind of significant effort to retain Premier League status, and the signing of a centre-back and central midfielder on deadline day suggests that Ream’s near ever-presentness is probably now unsustainable either way.

As well as clearly being the one tangible point of difference that is responsible for the entire Premier League going weird this season, Leeds are also tricky to pin down for this half-baked feature. They’ve signed a whole mess of players while getting rid of very few. Inevitably, lots of the players who got them into the Premier League now face being peripheral ones now they’re there and wreaking havoc and chaos. Take your pick from several options, but we’ll go for Alioski because why not?

A cheat because he’s seriously injured so of course he’ll play fewer games this season, but our justification is that there’s more to it than that. Timothy Castagne has already done enough to suggest that even when/if Pereira returns to fitness, his importance to this Leicester team has been significantly reduced. Not his fault, like, but sport is a cruel bastard and so are we.

The key players at Liverpool are still the key players, while Thiago Alcantara’s early injury means it’s going to be a bit longer before he fully takes over from anyone in midfield. The arrival of Diogo Jota isn’t going to massively dent the minutes of Liverpool’s first-choice front three; it stands to reason that the player who suffers the most is the one Jota replaces on the fringes. Origi appeared in 24 Premier League games last season – however briefly – and that’s a number that looks sure to be significantly reduced now. Even in the Carabao, he only came off the bench in the defeat to Arsenal.

A manager who has never seemed entirely convinced with you has just dropped £100m on two people who play in your position. It’s not a huge endorsement.

The obvious and probably correct name here is probably Daniel James, but his tumble out of contention goes way back into last season. Having played at least 80 minutes in 22 of United’s first 29 games of the season he barely featured during Project Restart, an hour against Spurs in the first game back accounting for over half his total game time in the final nine matches. For Shaw, the disappearance from view is about to happen. Has currently played every minute of every Premier League game this season; for a Manchester United defender, that cannot be a good thing. Especially when a club now famed for its fannying about in the transfer market goes out and immediately buys someone in your position right after a 6-1 home defeat. May have already played a very chunky percentage of his Premier League minutes for this season.

Thirty Premier League appearances last season and, while it’s fair to say no Sheffield United player has quite stepped up in his absence thus far this season with a toe injury – the Blades have scored just one Premier League goal in four games this season, which would be bad enough in a normal one – the arrival of Rhian Brewster and uncertain timeframe for Mousset’s return could spell trouble.

Everyone is rightly delighted about Theo Walcott returning to Southampton. Everyone apart from Stuart Armstrong.

The sheer number of games Spurs potentially have this season means even Dele Alli is likely to get a reasonable share at some point. Davies too will get game time, but of all the upgrades Spurs have made to their side this summer the most obvious already appears to be at left-back. Davies is steady and reliable, but Sergio Reguilon is better and offers far more threat. Spurs’ other good work has seen components upgraded; at left-back they already look to have changed their whole style and shape. Far harder to see Davies slot in for Reguilon – against stiffer opposition than Maccabi Haifa offered anyway – than it is to see Aurier slot in for Doherty on the other side. Having been earmarked early in Jose Mourinho’s reign as a key man only to get immediately injured, Davies’ only route to a first-choice starting spot is now if the Portuguese goes three at the back.

Again, slightly tricky for promoted sides with the inevitable change in personnel that Premier League football brings, and this one doubly so given Grosicki only actually played 14 Championship games for the Baggies last season. Those were 14 of the last 16, however, after a move from Hull. He made 42 league appearances in all last season, and it’s not just the 20-team nature of the Premier League that will stop him getting near that this time. Grady Diangana and Matheus Pereira present bigger problems than even the basic maths of a 38-game season.

Twenty-four Premier League appearances last season, somehow, but last seen in the top flight when making a one-minute appearance off the bench against Arsenal in March. Hasn’t featured even in a Premier League match-day squad since then, but has managed a couple of goals in the Carabao. It’s no life, is it?

Played more Premier League games for both Wolves (11) and Leicester (5) than he will this season unless he makes another domestic move before October 16, but even then such a move now looks likely to involve stepping down a division after Leicester passed on the option of making his loan switch permanent for £5m.