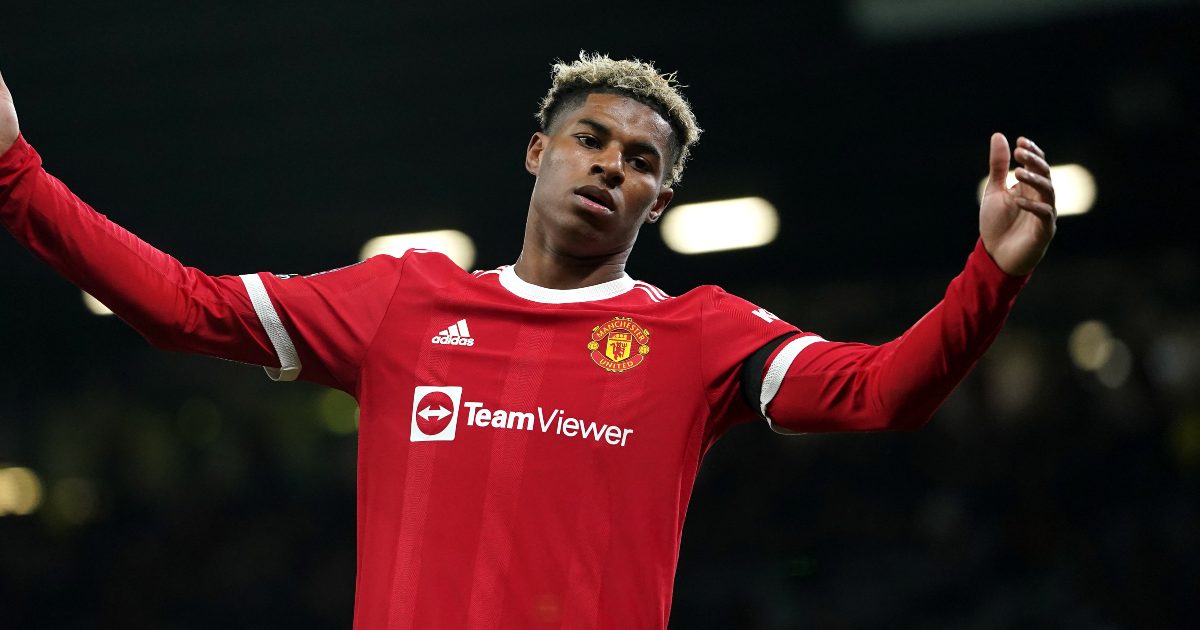 According to reports, three Premier League clubs are interested in signing Man Utd attacker Marcus Rashford amid reports that he is open to leaving.

Rashford underwent shoulder surgery over the summer and he returned in October.

Since making his comeback, the Englishman has struggled for Man Utd.

The 24-year-old has only started two of their last eleven games in the Premier League. He has also not scored for United in the league since he netted against West Ham on January 22.

The Red Devils were without Cristiano Ronaldo and Edinson Cavani for the Manchester derby on Sunday.

Rashford did not make the first eleven as Bruno Fernandes and Paul Pogba started up front.

He was brought on for the last 25 minutes but he did not alter the complexion of the game as Man Utd lost 4-1.

The Daily Mail are reporting that Rashford is ‘considering his Man Utd future’. He is said to be ‘concerned’ about his lack of game time.

A separate report from 90min suggests that Arsenal, Newcastle and West Ham are interested in Rashford

The three Premier League teams are ‘keeping a close eye’ on the player’s situation. They add that Atletico Madrid have ‘registered their interest’ in him.

Rashford’s contract expires in 2023 but Man Utd have an option to extend his deal until 2024.

Meanwhile, Gary Neville has slammed Manchester United duo Rashford and Jesse Lingard after their cameos in the 4-1 defeat to Manchester City:

“I thought they (United) were better with Pogba and Fernandes up front than they were when Rashford came on,” Neville told Sky Sports.

“I thought they were even worse when Rashford and Lingard came on. They were terrible.”

Neville added: “What I would say is when he changed it to a more traditional system and brought Rashford on put Lingard out on the right and Sancho to the left, that was worse.”

Lingard has started just one Premier League game this season, while Rashford has struggled for form.

And Neville believes Rashford starting from the bench was the “ultimate put-down” from Rangnick, given Ronaldo and Cavani were unavailable.

“That’s got to be the ultimate put down for Marcus Rashford today.

“With four other centre forwards he started the season with not here and he still can’t get into the side. It tells you where Rashford is at, where Rangnick thinks he is at.”