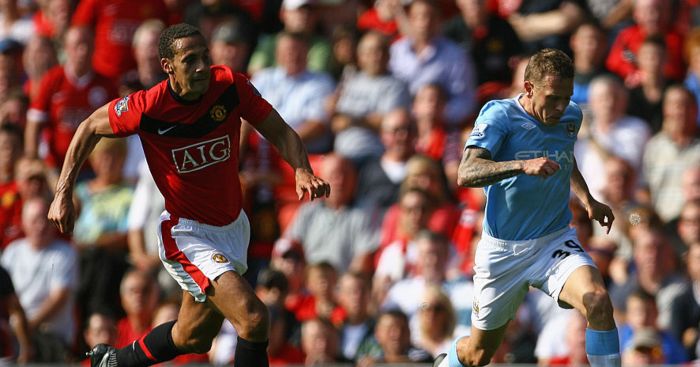 After taking ownership of Trent Alexander-Arnold’s “most difficult” Liverpool game, Jurgen Klopp gave us an idea. How about we look at the worst performances of great Premier League players over the years?

“Real Madrid at home in 2000. I was going through a terrible period with confidence and felt like I didn’t want the ball. I remember being on the pitch, thinking ‘this is a low moment for me’.

He could have chosen Leeds in 2010 or West Brom in 2011, but the Manchester United right-back still has Fernando Redondo-induced nightmares.

“That was possibly one of the worst ever performances I’ve ever produced in a Liverpool shirt, but I still had the confidence to score the penalty.”

With the most dramatic air shot in history still marked indelibly on his mind, the Liverpool midfielder was willing to overlook the negatives as Liverpool reached a third Champions League semi-final in four seasons.

“It was probably one of the worst experiences I have had as a player. When you stand there at 4-0 down, and you can see it could have been even more because the performance was that poor.

The joint-biggest defeat of Cech’s entire league career came in the August heat at Anfield in 2017. To be fair to him, he saved six of Liverpool’s ten shots on target.

‘How Arsene Wenger could do with Patrick Vieira in his ranks. Sunday’s harrowing experience at Anfield would never have happened on the Frenchman’s watch.’

It’s always fun to laugh at the Daily Mail.

“I went to Brussels for a few days. I didn’t think I’d quit, but I’d got to the stage when I thought, I really need to get away and play abroad. I tried but it didn’t work out that way. I’d had enough of England, London, everything. I just wanted to go back to playing the game and worrying about winning – no more – to find a club where all I needed to worry about was winning.”

Sparking reports of a possible mental breakdown, Campbell did not reappear for the second half at Highbury in 2006 and had in fact left the stadium altogether after his two mistakes handed the Hammers a surprise lead.

‘Even if we eliminate blame for Arsenal’s fifth, when Van Persie completed a memorable hat-trick deep into injury-time, Terry had long since looked bewildered as all sense of organisation crumbled around him.’

The Daily Mail pulled no punches in their assessment of Terry, who captained Chelsea to a chastening defeat a week after his alleged racist abuse of Anton Ferdinand. Terry scored against Arsenal but was thoroughly exposed by Robin van Persie.

“I always remember standing at the top of the steps as the Manchester United players left the ground. The last one out was Eric Cantona and he shook my hand and said, ‘You’ve got a f**king good team’.”

“Philippe Albert had chipped Schmeichel to score in Newcastle’s 5-0 win the week earlier and I made a mental note of that. After dribbling past a couple of defenders, my head was down, but I just chipped the ball, hoping that Schmeichel was in the same position as he had been against Newcastle. Luckily for me, that’s exactly where he was and the ball sailed over his head and into the net.”

The only time the great Dane let six past him in a Premier League game was a week after he first conceded five. Philippe Albert showed Matt Le Tissier the way.

It could easily have been his performance against West Brom in September 2013 but, outside of a few shellackings at West Ham and QPR, Ferdinand rarely looked as powerless as he did in the face of Martin Petrov and Craig Bellamy four years prior. The Daily Telegraph were being kind.

‘In March 1993, Ferguson applied this principle with a cohort of young players who were beginning to show rare talent. David Beckham, Ryan Giggs, Gary Neville and Paul Scholes were required to analyse their best and worst performances both in writing and then in mock television interviews. In his notes, Giggs couldn’t think of a single match he’d played well in and chose to leave a blank space. He did, however, note that one performance against Oldham wasn’t good enough, writing: ‘I got marked out of the game and I must of kicked the ball about twice.’

So goes the story in ‘How To Think Like Sir Alex Ferguson: The Business Of Winning And Managing Success’. A teenage Giggs had, by the looks of it, come up against Neil Pointon and understandably struggled.

“We defended very well and didn’t give Blackburn a look in.”

Ron Atkinson’s post-match reaction rather buried the lede, but Coventry keeping the champions quiet was impressive. Perhaps not quite as much as sticking five past them, with Ray Harford blaming both the “attitude” of his players and the “hard and slippery” pitch. Matron.

‘Vidic, who was also sent off at Anfield earlier this season, had suffered a harrowing afternoon, and once again his control was poor as he allowed Gerrard a clear run on goal. He chose to haul Gerrard back and the red card that followed was inevitable.’

The BBC knew they had witnessed one of the most enduring memories of an iconic Premier League rivalry. Vidic was embarrassed for the first goal, sent off in conceding the free-kick for the third and fortunate not to give away a penalty in between.